The tributes are rolling in…

“Few men try for the best ever, and Ted Williams is one of those.”

Now, I’ve read that sentence, and that story, “What Do You Think of Ted Williams Now?” at least twenty-five times, and I’ll never be able to do justice to what makes it so great except to say it’s a handshake of a sentence — brisk, warm, offhand, relaxed, firm, honest, and man-to-man, the kind that accompanies a promise. It’s the sentence of a writer who is himself about to try for the best ever, and is willing both to let you in on what he’s going for and to do whatever’s necessary to make good. What follows is a nearly perfect melding of writer and subject — a story that makes the usual journalistic distinctions between first-person and third-person sound fussy and academic, and does the hardest thing a writer can do, which is to amplify his own voice in order to make his subject roar. “This is a bitch of a line to draw in America’s dust,” Cramer writes of Williams’s simultaneous need for fame and distaste of celebrity, and you can’t read that sentence today without realizing that Richard Ben Cramer was scratching out an impossible line of his own, staking his own claim as a writer by ceding the megaphone to the wounded, uppercase bellowing of Teddy Ballgame.

I didn’t know a whole lot about journalism when I first read “What Do You Think of Ted Williams Now?” in Esquire in the summer of 1986. Before I ever read Tom Wolfe or Gay Talese, however, I knew that this was the New Journalism I’d heard about. It wasn’t so much that it “used fictional techniques to tell a nonfiction story,” or that it sounded “like a novel” — it was that it didn’t. It didn’t sound like anything I’d ever heard, before or since, and in that sound was freedom… freedom to sound like yourself, freedom to sound like your subject, freedom to do what it takes to make both a subject’s experience and the experience of a subject come alive. Sure, there were plenty of sound effects and exclamation points, but it wasn’t Wolfean — it was Bellovian, the work of a first-class noticer who knows that writing “like an angel,” or however it is that writers are supposed to write, is a small thing next to writing, well, like a mensch.

Over the last decade or so I have only spoken with Cramer via e-mail. I’ve kept in touch with him mostly through our mutual friend and her husband, two artists with whom he was close. Though he’d been hospitalized for some time, Cramer’s prognosis was kept quiet. When news of his impending death finally leaked out to the inner circle, his message was in character: “Please don’t come. Johns Hopkins doesn’t want to host my farewell party.”

You don’t get into writing to be remembered. Your work has to take care of that for you. You do it because you have to and you hope you’ve made the right choice. Just about the time Cramer was going into the hospital for his final stay, I was invited one morning to the newsroom at the New York Times to meet with a group of talented and seasoned newspaper reporters. Several mornings a week, it seems, they devote some of their precious spare time to participation in a reading club. The story they were discussing? “What Do You Think of Ted Williams Now?”

Of course I will always have his work on my shelf, his blurb on my book, his voice ringing, “You got chops, Sager.” Now that he’s dead it’s starting to leak out: It wasn’t just me. He was really nice to a lot of writers.

All of us know how hard it is to do what we do and how lonely it feels sometimes. Cramer’s work transcended because of who he was. It is one thing to be great; it is much harder to be kind.

It wasn’t Richard Ben Cramer’s What It Takes that made me want to upend all of my other extensive life plans and instead be a magazine journalist. It was something Cramer wrote long before then. In 1984, I was living in Austin, working in the legislature, pretending to have a career in politics, when just after Labor Day, the October issue of Esquire showed up in the mailbox. The issue had a cover that no magazine would or could have today — eight ugly little head shots of eight big-city mayors, with the cover line: “Who is the best mayor in America…and why is he annoyed?”

Now, being tribal and from southeast Texas, I hadn’t thought deeply about any place much outside of Harris County, much less…Baltimore. Who cared about Baltimore? The cover story that month was about the asshole — I’m not being mean, it was a major throughline of the piece — who by then had been mayor of Baltimore for twelve years. William Donald Shaefer was his name. By then I had read some of the New Journalists, mostly Tom Wolfe, with his brilliant reporting and layers of ironic detachment, but that piece, Cramer’s piece, which just went on forever, was the most glorious piece of journalism I had ever read. It humanized this strange little man, made him a titanic figure, and delivered his world whole and entire. I remember that I rationed the story out to make it last as long as I could. And then read it again right away. It was the story that bonded me to Esquire, bonded me to Cramer, whom I had never heard of, and first made me think: Who gets to make these stories?

I didn’t know it then, but Cramer was one of those few writers, one of those few people, who change everything, and influence scores of people — some extraordinary writers and tons of imitators — in their wake. He wrote with all of the verve and inventiveness of Wolfe, but whereas Wolfe was not above keeping a contemptuous distance from his subjects, Cramer inhabited his people, body and soul. No one had ever humanized on the page they way Richard did. No one.

Steve Kornacki on “What it Takes”:

“He spent just an inordinate amount of time in interviews with me, my friends and my family,” Richard Gephardt, who was also featured in the book, told Salon. “He came down to St. Louis countless times. What he was interested in doing, I think, was psychoanalyzing what, in the end, makes someone run for president.

“It was a slant of presidential politics that went well beyond where Teddy White left it off in the 1960s and early 1970s. And that said, it probably hasn’t been done since.”

One of the reasons no one has attempted a similar project is the level of trust between author and subject that it required. Because the incumbent president wasn’t seeking reelection, the ’88 race attracted an unusually large field – at one point or another, 15 candidates actively sought the Democratic and Republican nominations. Many of them are barely mentioned in the book, but those who made the cut allowed Cramer to witness their most vulnerable moments — key meetings, tense backstage moments, even intimate family conversations.

Gephardt, who began the race as a long shot but ended up winning the Iowa caucuses, said he doesn’t remember exactly how the project first came to his attention or why he agreed to it. But he said he quickly warmed up to the author and came to view him less as a reporter and more as a friend along for the ride.

“He did it well,” Gephardt said. “He didn’t interfere. He knew when to back off. He was a delightful person to be around. He was very funny, very smart. And unlike some writers in the political space, he wasn’t all hung up on politics. He was really interested in the human side of it.

“People on the staff, people in the family, just liked talking to him. Sometimes he’d just ride in the back of the van, telling jokes and stories – not doing interviews.”

“That was a great part of his methodology. He ingratiated himself in the best sense of the word. He doesn’t push his way into the center, he’s on the fringe, he’s observing, he’s to a degree participating. His style was very rumpled, and almost absent-minded. So you kind of wanted to take care of him.

“He was so gentle and polite to my wife and my kids. My kids liked him an awful lot. And you understand that he’s not doing daily journalism, that he’s not looking for a headline. So as time went on, you just learned to open up to him.” 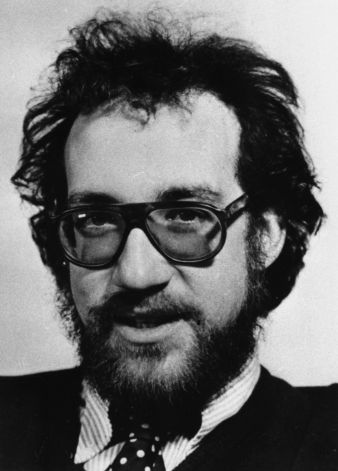