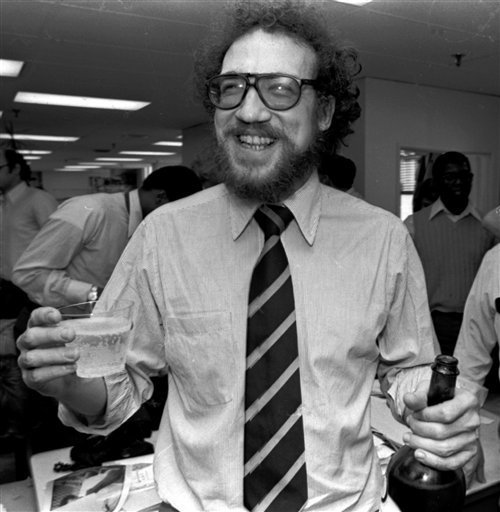 Cramer spent three months stalking Williams and brought back 15,000 words that ‘couldn’t be cut.’ However, given the exigencies of magazines, even back then, we only had room for 13,500. When the managing editor, a slight but combative woman who just cleared five feet in height, informed Cramer that he needed to trim 1,500 words from his piece, he turned the color of a ripe apple and vaulted over me in an attempt to separate her head from her body. I was able to bear hug him away and usher him out of the office but he was not done with us.

That night I had to attend some black-tie deal with the magazine’s editor Lee Eisenberg, a fact I must have casually mentioned to Cramer earlier in the week. So at 10 p.m. Cramer returned to the Esquire offices at 2 Park Ave. and went to work. His first stop was the copy department where he charmed the culottes off the head of copy editing services and told her that David and Lee had given him permission to restore the trimmed 1,500 words and that she could call us at home if she liked. She did and, of course, got no answer. Cramer, being a Pulitzer Prize winner and all, had enough journalistic cred to convince her he would take full responsibility for any changes. Next, with the new 15,000 word galleys in hand, he went to the art department and told them they would have to drop a photo of Williams in the opening layout and shrink the type on the jump. When they balked, he told them we had given him permission and they were welcome to check with us. Now came his biggest challenge. In order for us not to see his handiwork the next morning, he would have to convince the production department that the piece would have to ship that night because ‘the printing plant isn’t used to handling pieces of this length and needed the extra day.’

Incredibly, they bought it but not before trying to reach us for confirmation. At 2 a.m., his mission accomplished, Cramer went home to sleep the sleep of the triumphant. Seven hours later, I arrived at the office and noticed three bouquets of roses at the receptionists’ desk. They were addressed to the copy, art, and production departments and all three carried the same note: ‘Thanks for your grace under pressure, Richard Cramer.’

I got no flowers.