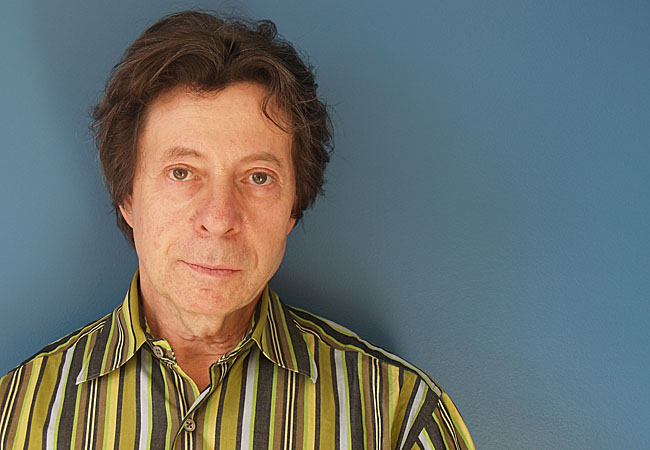 Check out this excellent Paris Review interview with the novelist/screenwriter, Richard Price:

I want to apologize for asking a personal question, but would you tell me about your hand?

My hand? Well, I was born with a mild case of cerebral palsy. It’s no big thing on a day-to-day basis; mostly people get uncomfortable when they have to shake hands with me. What the hell . . . of course, I’d like to be a weight lifter, but I can’t.

Anybody who has something wrong with them physically is kind of obsessed with their appearance, so I’m always dabbling with weight lifting. My left hand’s twice as strong as my right hand, so I never get anywhere with it, but…

I don’t want to get too abstruse here, but do you consider there’s any connection between all this and your becoming a writer?

If you’ve got something obviously awry in your appearance people treat you differently, like you’re a special case. It never stopped me from playing sports. I played handball for my high-school team. You have to be ambidextrous to be a good handball player. I developed a backhand to compensate. It was no big deal. But, then there would be all this drama. The gym teacher would see me playing with that fouled-up hand and he’d call me over with tears in his eyes and he’d say, Son, you can always play on my team.

It’s not like you walk around thinking about it all day. But as you grow up with this sense of yourself being singular, in some way you get hooked on the singularity of yourself. To be an artist is to be singular. I think, in some people, before the desire to write there is the desire to be special. That’s not exactly healthy, and there’s nothing relevant to creativity in that. Maybe I was just trying to maintain that sort of special thing by writing.

My grandmother, who was a big influence on my life, would take me under her wing because there was something wrong with my hand. She was a very unhappy person herself, very heavy, about five feet tall. Really overweight. Like two hundred pounds or more. It was her against the world and she saw me as her ally. I think she tended to see herself as a freak. There was something wrong with my hand, so we were fellow freaks . . . although she never said that to me. To go to her house on a Saturday was like getting parole for a day. I didn’t understand how unhappy and isolated she was, but she’d be all filled with this melodrama about everything. We’d sit and look out her Bronx kitchen window and watch the East 172nd Street follies. She’d see a black man who lived across the street and she’d say, Oh, this one is a gentleman, married to this white piece of trash. She goes with anything in pants. She has him wrapped around her little finger. Do you know how much of a gentleman this man is? If he goes into his building lobby to go into the elevator and he sees a white woman there who’s gonna get spooked by him because he’s a black man, do you know what he does? He steps out of the lobby so she can go up the elevator herself. Now, this is a gentleman. But that whore he’s married to . . . ?

Then there’d be some other guy: Oh, this son-of-a-bitch, he’s a junkie. Every time he sticks a needle in his arm it’s like sticking a needle in his mother’s heart. She comes to me, she says, Mrs. Rosenbaum, what can I do! What can I do! Richard, what am I going to tell her?

It was this constant rat-tat-tat. I’m six and I’m with the fattest, biggest ball of love to me. This is my grandmother. Then we’d go all day to monster movies. She’d be talking back to the screen the whole time.

In a neighborhood you wouldn’t go into with a tank. We’d watch The Attack of the Praying Mantis, along with The Crawling Eye and The Creature From Green Hell. She’d be the only person over fourteen in the whole theater. Not only that, the only person over one hundred and fifty pounds. She’d pack up these big, big vinyl, sort of, beach bags. She’d make sandwiches, thermoses of coffee, and chocolate milk, and bring plums and nectarines. If there was a turkey carcass, she’d wrap it in silver foil so we could pick on the bones. We’d go into the movies with all this. We were ready for anything. And when we came out of the theater we’d have those little light dots in front of our eyes because we’d gone in at noon and we’d be coming out at five o’clock. Coming out, she’d walk all hunched over. She was only in her fifties, but she was so arthritic and rheumatic and heavy. We’d walk all the way back home, about one block every twenty minutes with that nonstop commentary about everybody who crossed our path. She lived on the third floor of a walk-up, so that took another hour, one step at a time. Then we get up there, and even after the triple horror feature we’d watch Zacherly’s Shock Theater, pro wrestling, Roller Derby—everything—drama, stories, tragedies, drama, drama.

One time she took me to a wrestling arena in the early fifties in the height of summer. She had me on her lap and when one of the villains walked by she jabbed him with a hatpin. She was what was known as a Hatpin Mary. So, for the next match, when Nature Boy Buddy Rogers, this peroxide pompadoured villain, who wore a leopard-skin Tarzan getup, came strutting down the aisle, people were looking at my grandmother and they started chanting, Stick him! Stick him! He heard the chant and stood right over us, daring her. She was paralyzed, so he took her hand with the hatpin, a woman who probably felt very unloved by the world, bowed down and kissed it, said, “Madam.” And then he continued walking toward the ring. At which point my grandmother dropped me, just dropped me on the floor. I remember ten, fifteen years later, when I would watch wrestling with my grandmother, every once in a while she’d say, I wonder how Nature Boy Buddy Rogers is doing. He’s such a nice guy.