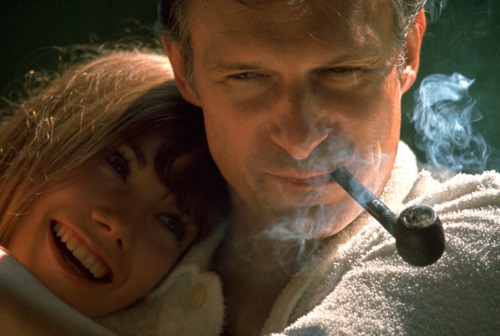 Over at Esquire, Chris Jones has a long piece on Hugh Hefner:

Playboy will survive, at least as a company, as a business proposition, as a brand owned and managed by private-equity firm Rizvi Traverse Management. The white rabbit will still be on T-shirts in the Czech Republic and beer bottles in Brazil. The magazine will probably continue to exist in some shape or form, profitably perhaps only in countries like Mongolia, like Thailand, where it still means the things that it doesn’t mean here anymore. There are still places in the world where Playboy represents change, not changelessness. Cooper Hefner might succeed in becoming the company’s new face, which will look so much like the old face that it will take a moment to remember that the party, this particular party, will be over. It’s not just this universe that will collapse when it loses its center. It’s not only these bizarre, beautiful, damaged, openhearted people who will be left homeless, who will be cast adrift absent the anchors of Manly Night and Mexican Train. All of us will lose something. Hugh Hefner is no longer ahead of his time; time has caught up with him. And you can feel, late at night, when the Mansion is quiet, that this place is already a museum, and it isn’t hard to imagine those tourists in the van at the bottom of the driveway lining up for their tickets to Heaven on Earth and being allowed through that gate, and they will look at these rooms, at the bed with its black satin sheets, at all that dusty underwear hanging from the chandelier, and they will smile and shake their heads in wonder. But Playboy, at its best, wasn’t just an artifact of its time. It helped make us who we are. Yes, Hefner’s magazine was a Rorschach test. It was also a stick in your eye. “It had lightning bolts coming out of it,” Jimmy Jellinek says. For sixty years, Playboy has been on the right side of history — on sex, birth control, civil rights, AIDS, gay marriage, war, social tolerance, personal liberty — while also serving as a vehicle for that history. But it wasn’t Playboy, really. It wasn’t the brand or the rabbit. It was him. It is him. And without him, it will be no more.

That’s not a very nice thing to think about. Why even think about it? It’s better to stay here, fixed in time and space, and to escape into another movie, into another Movie Night in a lifetime of Movie Nights. In the interest of time, Hefner dispenses with his usual introductory speech, which he normally reads from notes written by his friend Dick Bann. This further departure from routine is also regarded solemnly, but soon the room rallies, and Hefner receives his customary round of applause all the same. Then the lights go out. The movie starts. Here is our host, only a little behind schedule, with his wife at his side, and his brother behind him, and his friends all around him. Hefner pulls up his blanket closer to his chin, making sure he’s sharing it with Crystal, making sure she’s comfortable and enjoying her piece of cake. Then he sinks back into his favorite spot on the couch, and all things are possible. The place feels warm, and it smells like popcorn. 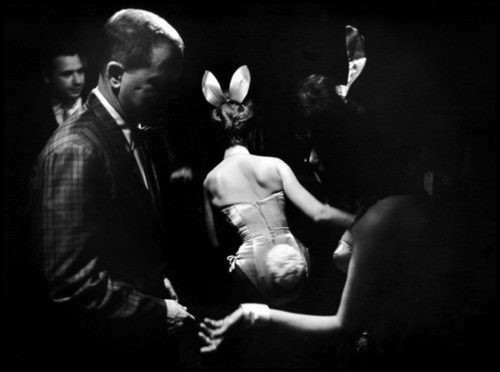