BGS: An Advanced Game of Tag 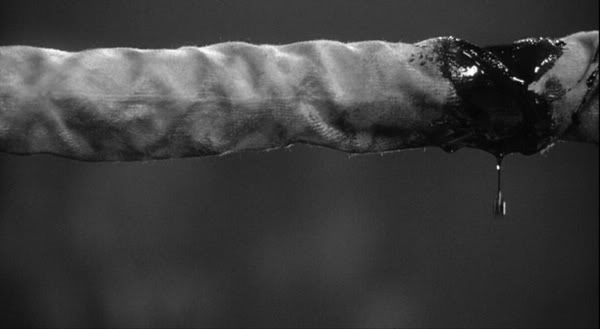 And so, here is the fourth of Pete Dexter’s columns on the Cobb-Holmes fight. It appears here with the author’s permission.

“An Advanced Game of Tag”

HOUSTON – The tap on the door came at 6 o’clock in the morning. I knew it was 6 o’clock because there was a clock on the dresser, next to a copy of the Bible, and I’d been lying in bed since 2 o’clock looking at it.

The phone had rung all night, friends from Philly and Montana and Tennessee telling me that Howard Cosell had painted Randall Cobb as some kind of a freak of nature on national television.

I didn’t know what to say, except it would catch up with Howard later. I did mention that it was a measure of Howard’s depth that he has no trouble enunciating the bravery of television actors who compete, despite pulled muscles, in a tug of war in ” Battle of the Network Stars,” and couldn’t see any of that in staying in the ring with Larry Holmes for 15 rounds.

No, he didn’t quit. The only other man Holmes has failed to knock out since he became champion was Trevor Berbick, but – as Holmes would tell me later in the day – Berbick wasn’t fighting, he was just trying to survive. “Fifteen rounds, after all the shots,” Holmes would say, sounding like he was remembering it from a long time ago, “Cobb was still tryin’ to win the fight. He fought me harder than anybody. ”

I got up off the bed and opened the door. “I knew an ambitious young businessman like yourself would be an early riser,” he said, coming in. “All of us are early risers.” One of his eyes was swollen half shut, there were six small stitches in the lid of the other one. He sat down on the bed and looked out the window at the Astrodome. It was still raining in Houston, as far as I knew it always had been.

“Are you hurt?” I said. I’d walked with him back to the dressing room after the fight, but I left when he and his trainer George Benton started talking about the next one. I think a lot of George Benton, but I didn’t want to hear about any more fighting then.

“It looks a lot worse than it is,” he said. “I don’t know why, usually it’s worse than it looks. No, I’m fine, except my ears. “Randall always gets an ear infection after a fight. He hit himself on the side of his head, like a kid who has been in a swimming pool.

I said, “If something comes dripping out of there I’m going to lock myself in the bathroom.”

He smiled and looked at the television. I’d left it on, trying to sleep. It was a Kung Fu rerun, David Carradine remembering the advice of his old dime- eyed teacher on how to disarm a troop of drunk and insensitive American cavalry troops. “You must listen to the color of the sky,” he said,” and see the sound of the hummingbird’s wing. ”

“You think I need a blind trainer?” he said.

“He did have a right hand,” I said, meaning Holmes.

There was a tiny, unstitched cut about an inch under his left eye, where so many of the right hands had landed, and as he spoke it leaked watery blood down his cheek. The cut must have gone all the way into a tear duct, and his face, on that side, was streaked with two long, bloody tears.

“Did I tell you about Hagerman, New Mexico?” he said. “Me and my brother Marty dug ditches there for the high school gymnasium one summer. The dirt was so hard you couldn’t dig it without a pick, the hottest dirt in the world. You couldn’t walk on it with bare feet. I know, I tried and Marty had to come save me, pick me up.

“And every morning three members of the city council were out there, looking down into the ditch where me and Marty were digging. It would be 102 degrees by 8 o’clock, going to 114. And the first one would always say, ‘Hot enough for you?’ and the second one would say, ‘Whatchu doin’? ‘

“And me and Marty were so competitive, we’d stand out there all day, tryin’ to see who could shovel more dirt, watchin’ each other so you could say, ‘Ha! I shoveled four of these while you only shoveled three. ‘And the water had the worst taste of anyplace I ever been. It was something in the ground, gave everybody in town gas. You can imagine what the town smelled like.

“And when me and Marty complained about the water, they always said, ‘You keep diggin’, and it’ll taste good.'” He dabbed at the blood on his face. ” The city council’s probably still there,” he said. “Gettin’ together right now over at the gym, and one of them says, ‘Hot enough for you?’ and the other one says, ‘Whatchu doin’?’ And they all stand around, passing the worst gas in North America, wondering how come the town doesn’t grow. ”

He looked back out the window again. I got some coffee and Cokes from room service, and we sat like that in the room until noon, talking about Larry Holmes’ right hand and Hagerson, New Mexico, and what could have been underneath it to make the dirt so hot and the water so bad.

At noon I had to leave to get a plane back to Philly. He said he was thinking of taking a look at Australia.

He shook his head no. “It was just an advanced game of tag,” he said, “and Larry won.” A fresh bloody tear came out of the cut underneath his eye and worked its way down his face.