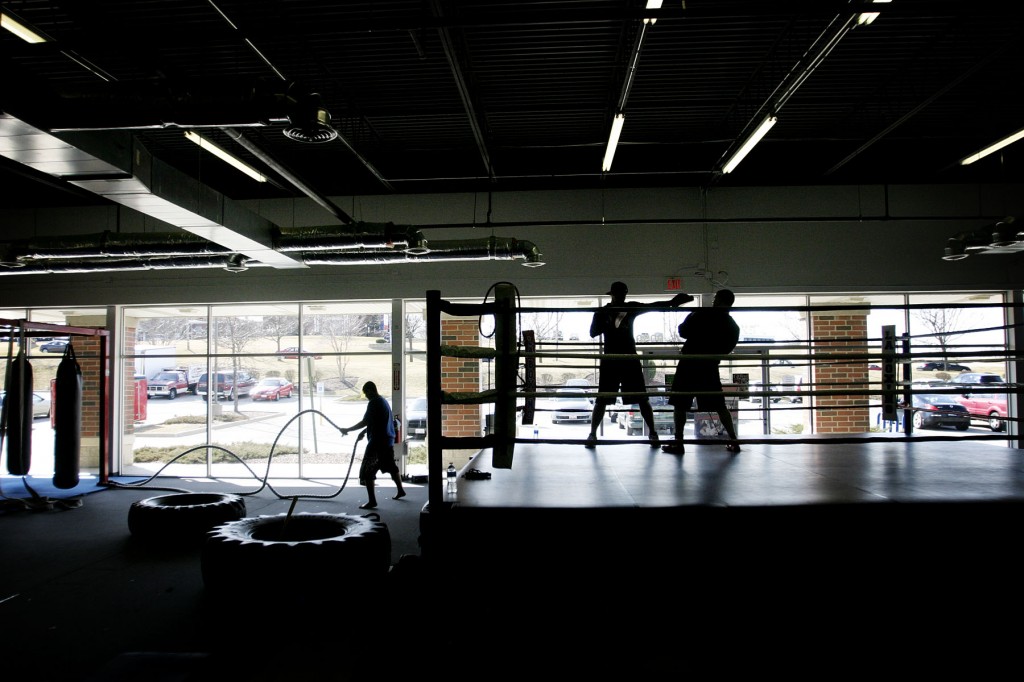 Here is third of four Dexter columns on the Cobb-Holmes fight (you can find the first two: here and here). This story is reprinted with the author’s permission.

HOUSTON – Howard Cosell came through the hotel lobby yesterday morning, complaining about being away from his family at Thanksgiving. Randall Cobb’s fight with Larry Holmes for the heavyweight championship of the world was clearly an inconvenience.

The news of Howard’s inconvenience was relayed to Randall through one of the national reporters also here to cover the fight. “Howard’s upset to be away from his family,” one of them said.

Randall looked up from under the hood of his boxing robe and nodded. “I know,” he said,” I got a thank-you note from his wife this morning. ”

That night, one of those reporters came to me in the hotel bar and asked when Randall was going to get serious. “He’s funny,” the reporter said,” everybody loves him, but when does he get ready? That’s Larry Holmes he’s got to fight, and Larry’s serious…”

He is as solid as I’ve ever seen him before a fight. There are no questions left in him, about himself or Holmes, and a kind of peace has set in that lets him smile at the distractions.

And the distractions aren’t just the prospects of fighting Larry Holmes. As Randall has become more valuable, more and more people have become interested in guiding his career.

The thieves, of course, are not rumors, they are facts.

There is serious trouble with the contract, which promoter Don King has amended because Randall showed up in Houston a week late – not for the fight, for publicity. King, of course, has been concerned enough about publicity to spend, oh, $20 on promotion, and allow the month of November to start without having set a final date for the fight.

Then there are reporters and television interviews and hundreds of people who want to touch Randall, or tell him something, or take pictures of their 3- year-old sons sitting on his lap. Everybody wants something.

And Randall sits alone and holds babies and signs autographs – and no matter how many times the people around him say, “We’re ready,” or ” We’re going to kill Holmes,” Randall is still going to step into the ring by himself – and he handles it.

Yes, he is serious.

Work may be a little strong. He’d play with both of us, keeping enough pressure on to make it serious. In the end, I’d be too tired to take my own gloves off.

He’d wait until I felt better, and then we’d go over to the little coffee shop at 18th and McKean and read the newspapers or talk with Mickey, and for an hour or two nobody wanted anything from us. For an hour or two, it was peaceful.

And after that, everything else seemed easier. It was like a fresh start.

And sitting here on a rainy Thanksgiving Day in a hotel across the street from the Astrodome, I could use a fresh start. It’s all slow- motion now.

The old men and the sparring partners are always in the lobby, waiting forever. The line of people following Randall into the weigh-in seems longer than it was when he came in for interviews yesterday afternoon, more reporters come in by the hour. And across the street, the Astrodome is as gray as the sky, and it seems to hover there, always on the edge of your vision, like the fight itself.

And I wish that somehow we could go to Mickey Rosati’s gym tomorrow morning, and afterwards to the coffee shop, and sit there for an hour or two reading the papers, and have nobody wanting anything from any of us again.

And maybe then I could tell him what I have on my mind, that it doesn’t matter what happens against Larry Holmes, that the people who care for him don’t depend on him or what he does for who they are.

He already knows that, of course, but I wish I could say it anyway – not blurt it out, but just sit around until it came out – and let him know once, before it all changes, how happy it made me, the way it was.