Joe Blanton Would Be Proud 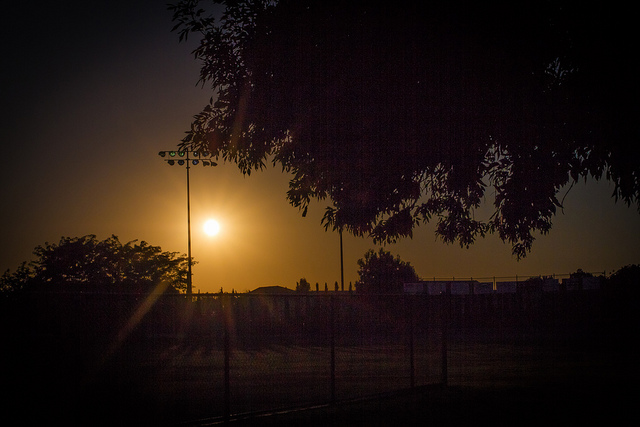 I had the stuff. I just didn’t have the heart. Or, more precisely, I always had the stuff, which was why I never had the heart. I didn’t need it. Then, in the arrogance of youth, with those early years of effortless success in Little League, American Legion, and high school, all the no-hitters and one-hitters and bushels of strikeouts, I felt indomitable. Eventually, however, when it all went south in my 20s, it dawned on me, dimly, that maybe my stuff wasn’t enough, that I lacked something.

I tried to find it, too late, without a clue as to what it was. I looked for something outside myself, a new pitch, a new motion, when I should have been looking elsewhere, inside myself for that “thing” beyond just “stuff” that every great pitcher has. Some not-so-great pitchers have it , too, the workmanlike plodders, the serviceable, fourth or fifth starters on a staff of superstars, the Joe Blantons grinding it out in the shadows of bigger names, Doc Halladay, Cliff Lee, Roy Oswalt and Cole Hamels, his teammates when he was with the Phillies.

Pitchers like Blanton are good enough to go six innings on their good days, give up maybe nine hits and three earned runs, just enough to keep their team in the game, with a chance to win it in the eighth or ninth inning. I always liked guys like that, with mediocre stuff at best, who persevered, and survived 12, or 14 years, with a record of something like 102-103, and an ERA of 4.59. They pitched into their late ‘30s, maybe made a lone All-Star appearance the year they had a good first half and finished 13-11, then retired with a few big contracts under their belt, perhaps enough to buy a small farm in the Piedmont of North Carolina.

Of course, I also admired great pitchers with the big stuff: Warren Spahn, Bob Feller, Sandy Koufax, Tom Seaver, and Justin Verlander. I admired, too, the very good pitchers with nice stuff: Vic Raschi, Bob Lemon, Robin Roberts, C.C. Sabathia, James Shields, and my old minor league teammate, Phil Niekro. But over the years, I have most learned to appreciate the Joe Blantons of baseball, the bricklayers of their craft like Livan Hernandez, Mark Buehrle, and Tony Cloninger, my minor league teammate. I had better stuff than all of them put together, except for Tony, yet I lasted only three years in the minors, while they all pitched successfully in the major leagues for years.

What did they have that I lacked? Fifty years after my failure, I’m still searching for the answer to that question.

I am reminded of Pat Jordan every year because he used the phrase "false spring" to comment on the an early warm day or a phenom who tears it up in the pre-season.