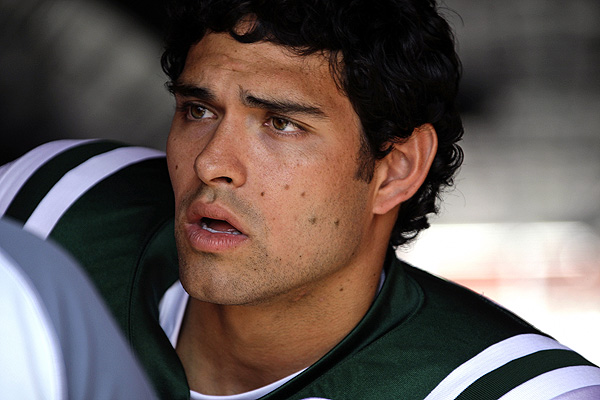 Not that Mark Sanchez dancing with Alana (a former “bottle service girl” at the San Diego club Voyeur) and Janna (a “socialite,”) wasn’t the best sports-video clip of a really slow day last week, although I was disappointed at the glaring absence of Katie, Jessika, Jenna, Nikki, Emi, Danielle, Krista, Gina, Ashley and the rest of the Jets Flight Crew 2013 swimsuit wall calendar gang. What brought me down was the flashback. 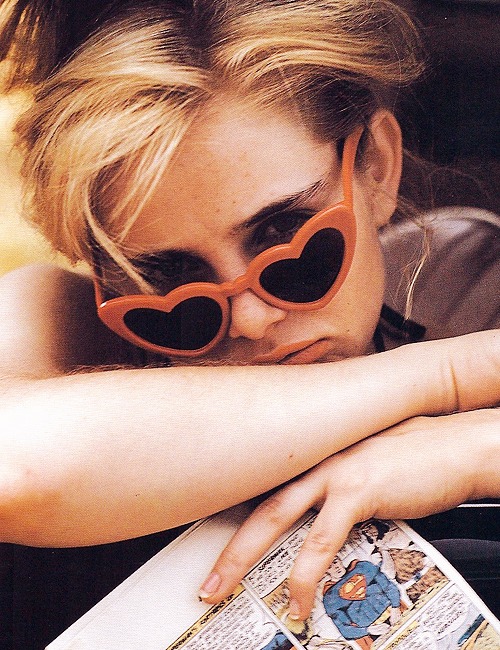 Last time I spoke to EK was when we were passing each other in the hallway at school in June 2008. She was a ninth-grader. I was her brother’s English teacher. She said, “Hi, Mr. Richmond,” and I said, “Hi.” That was the usual exchange between us. Nice kid. Good student. A few days later, she graduated from our private middle school and went on to high school, and I resigned after deciding that my day gig should no longer involve having to call out ninth-grade girls for violating the dress code by wearing Uggs in my classroom.

The next time I saw the girl was on the web in February of 2011. This was a few days after her cell-phone photographs of Mark Sanchez’ bedroom had hit the web after Deadspin broke the tale. I recognized the girl immediately, despite the noticeable increase in layers in makeup, because she didn’t look much older than she had three years earlier in ninth grade. At least to me, she didn’t. Apparently, though, glimpsed through the giddily romantic New Year’s Eve atmospherics of Lavo (“an Ultralounge!” raved New York), she was only seventeen.

At that point, according to the girl’s account, Sanchez was gentlemanly enough to respond that he couldn’t see her until she was 18. Mark clearly had the schoolgirl’s best interests at heart — at least, until she corrected him: in New York, she told him, to be seventeen years of age was to be (Yes! The initial ruling at the table is overturned!) of legal age. This news apparently cleared the way for the girl’s subsequent photographs of Sanchez’ bedroom in his place on a Jersey golf course.

The last time I saw a picture of the girl was in a paparazzi-tabloid shot taken in her Connecticut hometown a week after it all broke, wherein, caught outdoors in her village, in a parka, her expression vibed panic, on the verge of teenaged tears. This was the ninth-grader I used to see at the salad bar.

That summer, six months after his quarterback’s alleged tryst, alleged New York Jet coach Rex Ryan, alleged star of one of the great foot-fetish role-playing videos of all time (wherein he allegedly plays the cop drawn to the woman’s bare feet sticking out a car door; his alleged wife allegedly plays the woman), named Mark Sanchez his captain.

Talk of Sanchez’ schoolgirl dalliance quickly and mysteriously muted, and then mutated: In a GQ profile that allegedly appeared in September of 2011, allegedly eight months after the alleged liaison, the alleged affair is referred to thusly in a brief aside near the end of the piece: “A 17-year-old high-school student…told a gossipy sports site…they went on a date.” Indeed they allegedly did; the writer of the story identified an object in Sanchez’ bedroom that the girl had photographed with her phone.

(In a highlight in the annals of profile hilarity, the piece led with an anecdote in which then-linebacker Bart Scott chides Vladimir Ducasse about leaving a party the night before, despite their being so many “hos” at poolside. Ducasse complains that they were too old. Scott asks Sanchez, “Were those ho’s too old?”
(“Define old,” says Mark.)

As a lover of freakazoid behavior in the National Football Lockstep, a league sport that thinks it’s a branch of the Pentagon, I’m all for aberrance, as long as it stops short of a 24-year-old quarterback texting a high-school girl at 2 a.m. asking if she wants to go out that night, and she has to answer from her bedroom in her parents’ suburban Connecticut home, “I have school tomorrow,” and his head coach names him captain. Doesn’t a captain of a football team have to exhibit something approximating leadership qualities?

If teaching larval teenaged girls for three years taught me anything about larval teenaged girls, it’s that lots of them like to dress up and make-up to look more mature than they are, but have less idea of what they actually look like to older men as goldfish who want to look good to other goldfish in the tank in the dentist’s office know what they look like to people awaiting root canals.

I have no doubt that the girl wanted to look alluring at the ultralounge. I also have no doubt that to any rational adult in that club that night, which Mark Sanchez allegedly was, she looked exactly like what she was: someone beneath accepted legal age.

In March of 2012, the Jets extended Mark’s contract, which guaranteed him $20 million. “It gives the team,” Mark said, “just a reminder that I’m the leader of this team.”

By that fall, Mark had put aside such childish things as the teenager I’d known. By the start of training camp, he was going out with Eva Longoria, the thespian known for, among other things, playing a detective in the wildly underrated Senorita Justice. Eva was 12 ½ years his senior. She’d already had an ugly breakup with Tony Parker. I figured her worldliness and experience would help the Jets’ leader grow up.

But one month into the season, she broke up with him. According to TMZ, in a break-up message, she called him “moody” and “inconsistent.” She did not elaborate on the latter adjective. She did say, “We’ll always have the season opener in Buffalo.” He’d completed 19 of 27, with three TD passes, in a rout, before the Jets lost ten of their next 15 games and finished 6-10. The team, perhaps sensing by now that Jesus was weeping, hired Tim Tebow.

Today, of course, the most viral video of Mark Sanchez remains the game last year when, scrambling, he runs into the butt of one of his lineman, and fumbles. But I am reassured that he is finally dancing on videos with age-appropriate women.

And since he might still possess football talent, I am going to give him the benefit of the doubt: that when he escapes the skeeviness of his current employee (see Favre, masseuses hired as rewards for good games; Ryan Footwear) and gets the start in whatever city the Jaguars are in two years from now, he might win more games than he loses. Being an NFL quarterback is a whole lot more difficult than being a bottle girl. 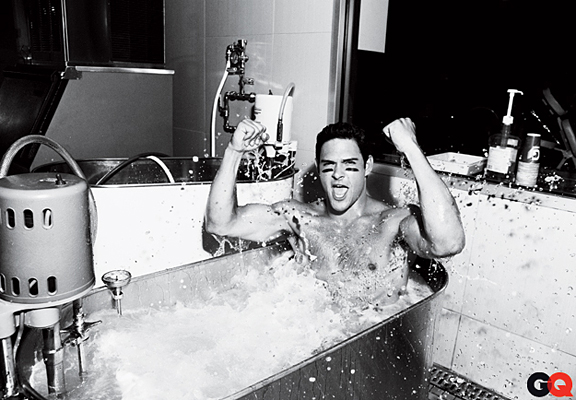 So how to compute Sanchez’ true Skeeve Quotient? Maybe, emotionally and developmentally, Sanchez is a 17-year-old himself. As Los Angeles’ (“City of Illusion”) former star Trojan, maybe no one ever asked him to grow up. If he’s psychologically stunted, then in his own head he did no wrong, right? When Sanchez allegedly called the girl I knew on an alleged Sunday night after allegedly losing to the Steelers in Pittsburgh in the playoffs, and she allegedly declined to meet him that night, wouldn’t that like, so indicate the melding of two teen minds? The girl saying, “I can’t! I didn’t do any homework all weekend!”

But for the sake of any other former ninth-graders I might know who might cross his ultrapath in the future, I would ask Mark to heed the wisdom Joe Namath offered him in the GQ piece. When the writer asks if Joe has any dating advice for his successor in the Lavo limelight, Joe answers: “To really do his homework.”

I'll be the first to say what everyone else is thinking: It's A Rod's fault.

"a league sport that thinks it’s a branch of the Pentagon" ... I wish this angle was promoted more. So true.

Reading this makes me appreciate Eli Manning even more.
I've mostly glossed over, ignored and/or forgotten the stuff re: Sanchez's private life to this point, and have not thought about it in the context of him being the Jets captain. What a mess.

of course the bigger mess being his ineffectiveness and contract

might not be A-Rod's fault, after all! apparently, he's kinda cool - to his minor league teammates, at least:

[6] apparently, Manny's been the same way with his new Tex-ass minor league mates!

I'm not sure that this article enriches those of us who have read it. Nor does it serve as an example of great writing. The personal life of young Mr. Sanchez is of no interest to anyone at this point. The writer should find another topic.

@MSM35: It was supposed to be about the personal life of an immature 17-year-old girl who was exploited. I wasn't thinking of Sanchez. I was thinking of the ninth-grader and her emotional safety.