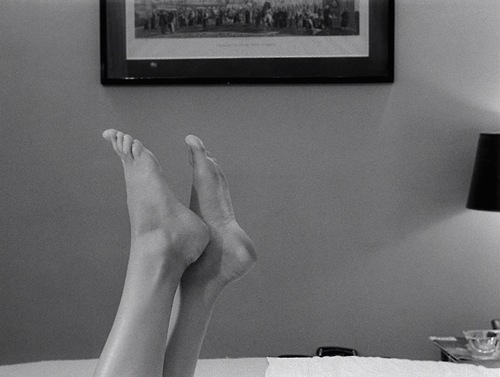 Head on over to Esquire and get some relationship advice from a 98-year old woman:

According to statistics, more and more women are the ones asking for the divorces these days. Very different from your generation.

Right, the world today is completely different because the women are successful. A lot of women are more successful than their husbands. And that’s not necessarily good for marriage. It’s wonderful for women, of course, but if they become more successful than their husbands, it can be bad because then the man loses respect for himself. And then the husband becomes the pussycat—and that’s no good. That’s just my opinion. I could be wrong. I’ve been wrong plenty of times in my life.

Do you think the men are more like women these days?

I think so. I think men are much more interested in the way they look. Much more. I think they dress differently than they used to. They go to the gym. Now, the women have to keep up with them!

Would you like to be a young woman in today’s world?

Oh yeah. Because I feel like I could keep up with any man. I’m not being conceited—don’t misunderstand me. But I understand men. I do. My father, he always said to me, “If I was married to a woman like you, I’d own the world.” He used to tell me that. I was the favorite, and I knew it. I could have had anything I wanted. I don’t tell that to my brothers and sisters because I don’t want to hurt their feelings.