Oh, You Got That Right 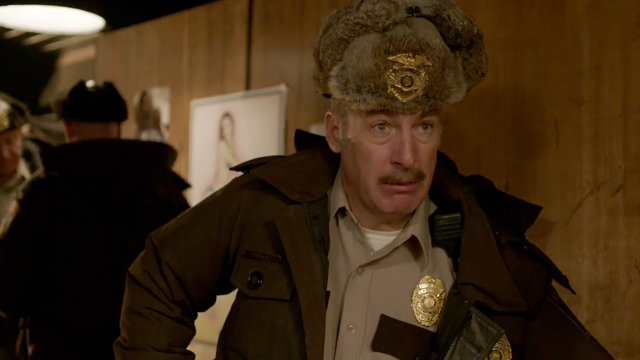 3 Reasons to be excited about the Fargo TV Series

So the new 10-episode limited TV series Fargo, based on the Coen Brothers’ 1996 classic of the same name, premiered recently on FX. Produced by the brothers, the show stars Billy Bob Thorton and Martin Freeman. As word got out in 2012 about plans to adapt the film, many were uneasy with the concept, worried that a mediocre rendition would spoil one of the crown jewels of the Coen catalogue. But after watching the first few episodes, I’ve put my own knee-jerk skepticism to rest, harnessed my enthusiasm, and distilled it into a top-3 list of reasons to not only embrace, but celebrate the new series.

Odenkirk has sloughed off his sleazy lawyer persona from Breaking Bad and adopted the role of police deputy for this series, a character he describes as the “polar opposite” of Saul Goodman. Even Odenkirk, a huge fan of Fargo, had trepidation about signing on, but has expressed approval for what he believes to be a faithful love letter to the original film. Anyone who gets Bob Odenkirk’s buy-in has got to be doing something right.

2) Coens Give Their Blessing

Joel and Ethan Coen are credited as producers for the show, but this seems more symbolic than anything: a nod of approval to the project. It’s important to know that the show is not a remake, but an extrapolation; the characters are akin to their cinematic counterparts, but inhabit a universe parallel to the one depicted in the film. All this to say that the Coens are justified in giving their blessing, for the show, created by Noah Hawley, preserves the same mood and biting wit of its forerunner without simply aping its signature tropes.

We’re treated in this series to a whole new roster of characters, each skillfully cast by the show’s creators. As described above, they inhabit the archetypes set down in original movie, but are given new life by even more A-list performances. Martin Freeman’s answer to Jerry Lundegaard —the pathetic car salesman portrayed by William H. Macy in the film— occupies a similar position in the plot, but his interplay with Thorton’s Lorne Malvo gives the hokey, embattled milquetoast mold new life.

I’m just here to whet your appetite, especially all you wary Coen Brothers fans. Fear not: this is not a derivative imitation of the hallowed film. With eight episodes to go in the series, I can’t wait to see how they continue to improve and expand upon the original.

I've seen the first two episodes and i'm on board. It's been a long time since I've seen the movie, long enough that comparisons are hard except for the obvious big picture ones. So far I think it's a very solid show and am interested in seeing where it's going.