< New York Minute      BGS: The Comedian Who Loved Himself > 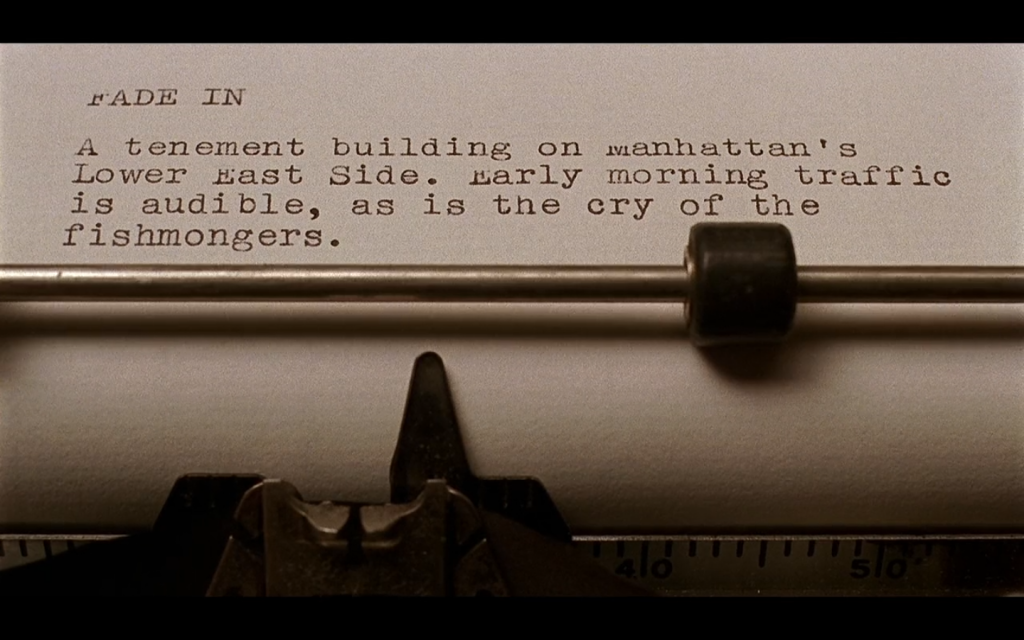 Once he’s ensconced in that ominous room at the Hotel Earle and charged by an inexplicably fawning studio exec with the task of churning out a script that will deliver “that Barton Fink feeling,” Barton embarks on a process so many writers experience, in miniature, every time we’re on deadline. The obdurate, set-in-stone first paragraph that will yield no further wisdom no matter how long we stare at it (and that, if we had the perspective our readers do, we would realize sounds suspiciously like the last opening we wrote). The importuning neighbor (John Goodman as the jolly yet obscurely menacing Charlie Meadows) who drops by for a friendly nip of hooch and winds up making off with our time, our inspiration and possibly — or so it’s suggested in “Barton Fink’s” violent third-act conflagration — our soul. The bitter acceptance of our own fraudulence, flowing in a continuously alternating current with the grandiloquent conviction that this time, by gum, we’ve broken the whole thing wide open.

There are films about writers — Jane Campion’s luminous Keats biopic “Bright Star” comes to mind — that capture the potential of literature to distill the essence of a human life (it helps when the writer’s words really are sublime, and as well used and understood by the filmmaker as Keats’s are by Campion). But “Barton Fink” is remarkable for just the opposite: its wicked, earthbound honesty about both the sinkhole of authorial self-obsession and the often sub-sublime results of those triumphant typing montages. The movie’s first, more realistic section is separated from its oneiric second half by a spectacular tracking shot that dives down the drain of a hotel sink, symbolizing the hero’s descent into damnation, madness or both. But my first thought every time I see that camera go down the drain is: Well, so much for that deadline.