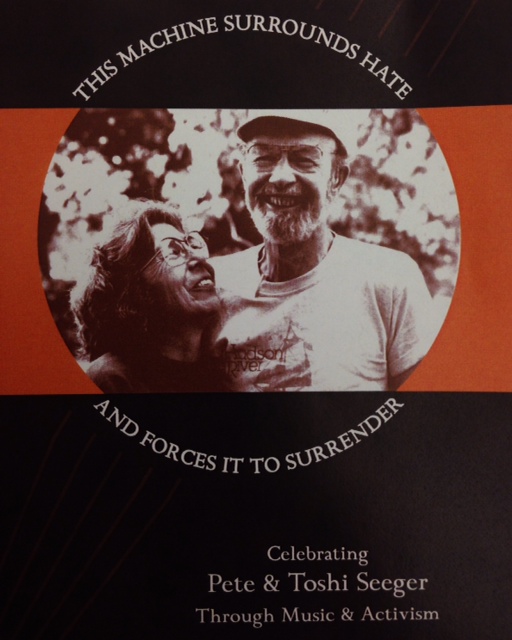 My father’s best friend Marty died yesterday. I found out this morning from his daughter who sent me a message on Facebook.

I thought of Marty on my way to work, and the unabiding loyalty he shard with Dad for more than 50 years.

A melancholy song by Guy Clark played on my iPhone:

At a 145th Street, a young man walked onto the train holding a cardboard box. I removed one earbud after he started to talk. His voice was bright and clear. I thought he was selling candy. Instead, he said that he was Pete Seeger’s grandson. He moved through the car and handed out pamphlets for something called Seegerfest. I took a pamphlet and told him that I admired his grandfather. He said that both of his grandparents died in the past year and that he missed them very much.

At the next stop he left the car and went to the next one. His grandparents would be proud. 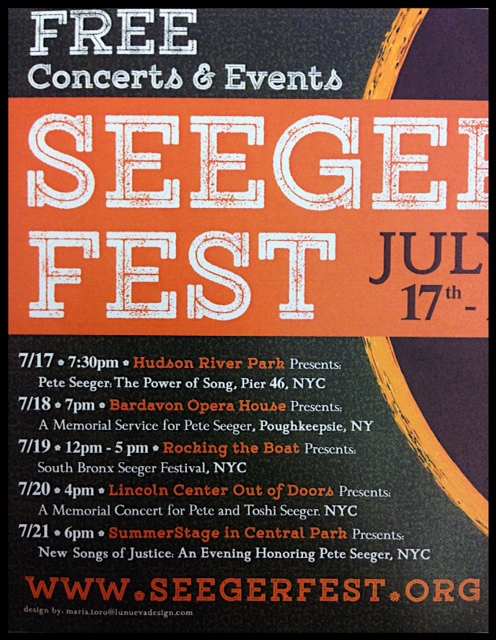