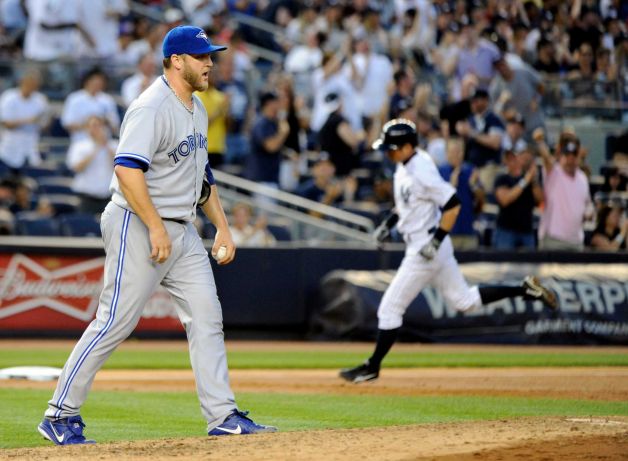 I went to the game last night with The Wife and some friends. Boy, it was a good time. Yanks are on a little roll here and why not enjoy it while it lasts, right?

One thing came to mind…In the first inning Jose Bautista hit a 3-run home run on a 3-0 pitch. Now, it was the first inning so I know, contextually, there are other home runs that would be more important–late in the game, a game-winner, in a playoff game. Still, I wonder if anything feels so good as not only getting a hit on a 3-0 pitch but hitting the Bejesus out of the ball.

Our pal Ichi hit his first homer of the year, Hiroki kept them in the game and the bullpen does what it do.

Glad to hear you and your crew saw a good one. Haven't been this year. Hope to make it during vacation next month.