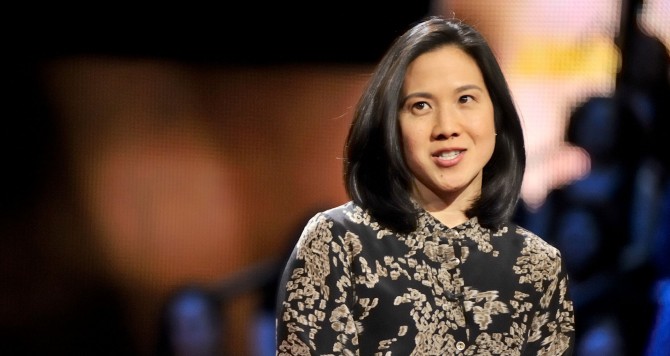 Dig this terrific profile of Angela Lee Duckworth by Marguerite Del Giudice over at National Geographic:

At the moment, Angela and her team are working on clever interventions to help students learn how to work hard and adapt in the face of temptation, distraction, and defeat. The total educational challenge is to accomplish this while at the same time steering them toward their passions, making sure they run around enough and enjoy childhood, and taking care not to inflict psychological damage.

How do you increase grit and self-control, not just in children but also in teachers and people in general, beyond just exhorting them to grin and bear it? Angela cites a current “big study” in and around Philadelphia in which randomly assigned students are asked to change their house or their bedroom in some way that would make studying easier. It could be as simple as having a better light in the room or putting their cell phones on a faraway shelf. If you want to start eating a healthful breakfast—oatmeal instead of a doughnut and coffee, say—you might decide to put the oatmeal out where you can see it first thing in the morning, take a route that doesn’t go by the Dunkin’ Donuts, or simply cover up any intrusive pastry with a napkin to make it less appealing. “Even young children know these tricks,” Angela says, “but adults sometimes forget them.”

These ideas, and her findings about hard work and persistence, are so plain and seemingly self-evident that Angela sometimes has a heck of a time getting across what a profound difference they could make in expanding human potential.

At the University of Chicago, before a group of professors, she was asked why she studies perseverance. “Why?” she said. “Because life is hard. Because there are just obstacles every day to everything that we want to do. If it were easy, it would be done already, and I think that goes for any work that’s worthwhile.”

In our talent-obsessed culture, talent has been studied and is well understood. Perseverance? Not so much. Meanwhile, what college admissions officers and business leaders have told her they’re looking for these days from applicants is in keeping with her findings. It’s no longer students who’ve padded their résumés by doing a little bit of everything or just prospects with the best college grades; they want people who stuck with something meaningful to them over time and demonstrated some level of mastery, and it doesn’t necessarily matter in what. In a grit presentation by Skype with a group of educators from the Southwest that I sat in on, Angela quoted Martha Graham talking about what it takes for a mature dancer to make it look easy: “Fatigue so great that the body cries, even in its sleep” and—here’s Angela’s favorite line—”there are daily small deaths.”

In other words, children need to be taught to appreciate that they’re supposed to suffer when working hard on a challenge that exceeds their skill. They’re supposed to feel confused. Frustration is probably a sign that they’re on the right track and need to gut it out through the natural human aversion to mental effort and feeling overwhelmed so they can evolve.

Yeah, I guess we forgot to tell the kids that life is unfair, so you gotta beat it like it owes you money (because it does!) Theme music, please!

Lee is such a charismatic woman. I don't have kids but I know I can apply a lot of what she's talking about to my own relationship to hard work and effort vs. talent.