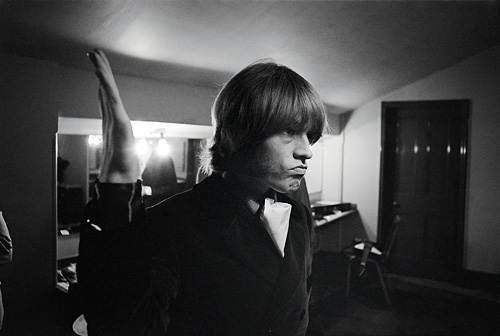 Larry Rohter in the Times:

Brian Jones is to the Rolling Stones what Leon Trotsky was to the Russian Revolution: organizer, ideologist and victim of a power struggle. Jones founded the group, gave it its name and recruited the schoolboys Mick Jagger and Keith Richards, who then marginalized him, eventually expelling him from the band. Since his death in 1969, a month after he was forced out, Jones has largely been airbrushed from the group’s history.

Paul Trynka’s biography “Brian Jones: The Making of the Rolling Stones” challenges the standard version of events, focused on Mr. Jagger and Mr. Richards, in favor of something far more nuanced. Though Mr. Trynka sometimes overstates Jones’s long-term cultural impact, his is revisionist history of the best kind — scrupulously researched and cogently argued — and should be unfailingly interesting to any Stones fan.

Specifically, “Brian Jones” seems designed as a corrective to “Life,” Keith Richards’s 2010 memoir. Mr. Trynka, the author of biographies of David Bowie and Iggy Pop, and a former editor of the British music magazines Mojo and Guitar, has interviewed Mr. Richards several times over the years and obviously likes him, but also considers his memory of events highly unreliable.

[Photo Via: The Groovy Guru]