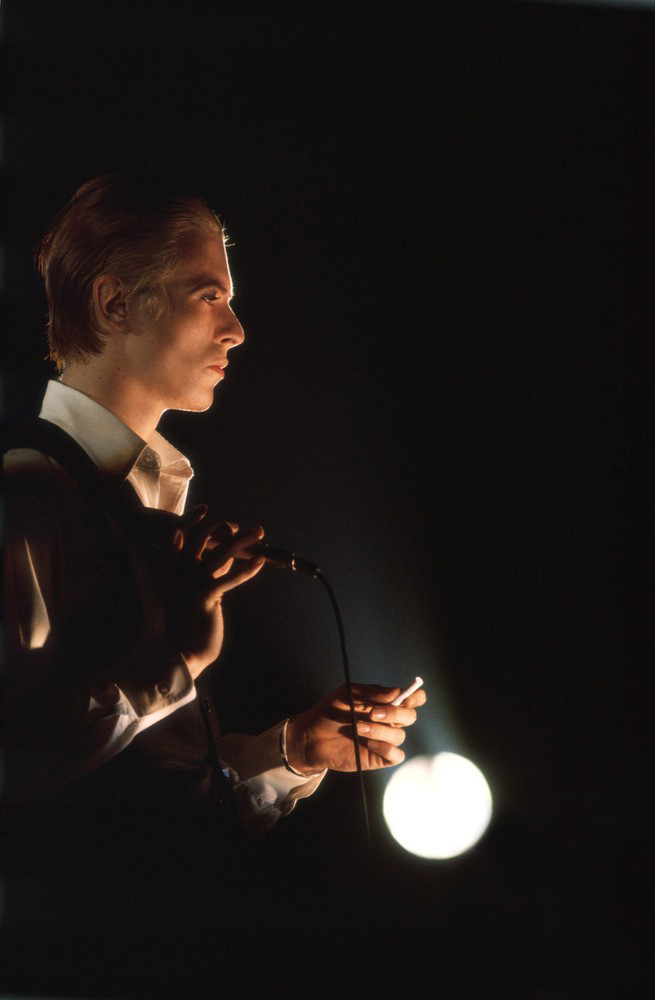 Categories:  Arts and Culture  Beat of the Day  Rock

The thin white duke! I loved David Bowie's music in high school. I felt like an outsider, and his music seemed to fill that void. I liked his earlier stuff like Diamond Dogs and remember buying Ziggy Stardust album, and it said on the outside: "To be played at maximum volume." My brother was in college but living with us, and he had this amazing stereo. I was the only one home, and I blasted it on the first of many sessions, and it was life altering. He has staged so many comebacks, and some are fairly interesting, Tin Machine had a few good songs and liked a few tracks from his latest effort. He is also a very talented actor, and just all around an interesting person.

I remember begging my grandfather to take me to see MERRY CHRISTMAS, MR. LAWRENCE as a kid and he did. But he wanted to walk out midway because there was some graphic war camp stuff in there. We convinced him to sit it out.

I think that Merry Christmas Mr. Lawrence was the first movie I saw with him or maybe The Hunger with Catherine Denouve (Sp?) and Susan Sarandon. Hubba Hubba.

I found him to be a very talented actor some notable roles come to mind: Warhol in Basquiat was great and recently in the Prestige with Christian Bale and Hugh Jackman, He was a wizard in Labrynth and did the music for it too. He also had a bit part in Last Temptation of Christ as Pontious Pilate and of course the Man who Fell to Earth.

Not that many musicians can pull off acting. I love Lyle Lovett's music, but I can't understand why Altman kept putting him into his movies, as I found his acting fairly awful. Not unlikeable, but just somewhat unbelievable.

Bowie never strayed too far from himself with his roles, and I think that was one of the things I admired about him as an actor. He really inhabited Warhol, but I imagine that his interactions with him at Studio 54 gave him plenty to mine.