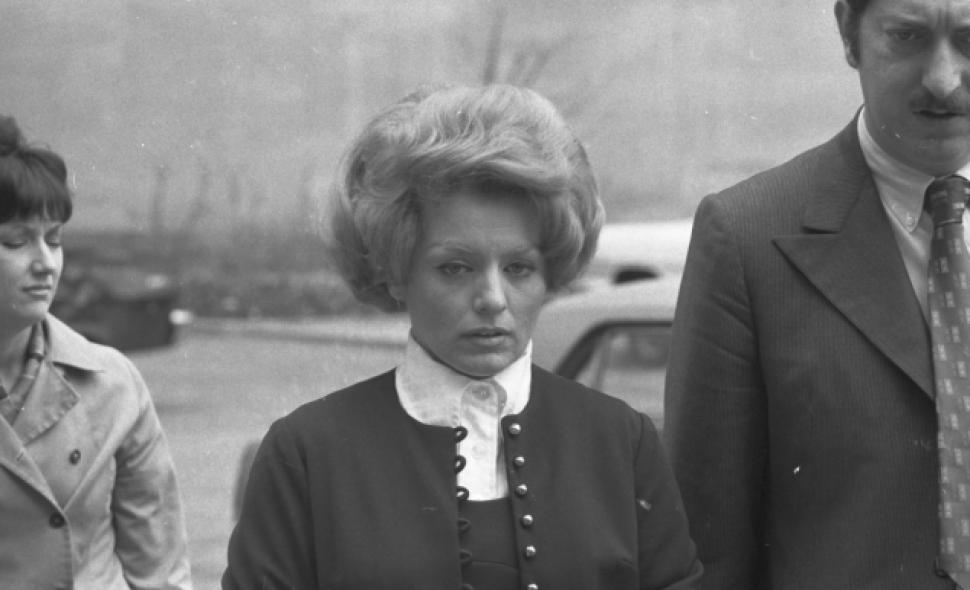 On the morning of 14 July 1965, Eddie Crimmins received a telephone call from his estranged wife Alice, accusing him of having taken the children. When she had opened their bedroom door, which she kept locked by a hook-and-eye on the outside, she had seen that the beds had been slept in but Eddie Jr, aged five, and his four-year-old sister Alice (nicknamed Missy) were gone. The casement window was PM cranked open about 75 degrees; Alice remembered having closed it the night before because there was a hole in the screen and she wanted to keep the bugs out. The screen was later found outside, leaning against the wall beneath the window, and nearby was a “porter’s stroller”—a converted baby-carriage with a box on it.

Alice’s husband, an airplane mechanic who worked nights, protested that he knew nothing of the children’s whereabouts and, alarmed by the message, said he would come right over to see her. Alice and the children lived in a dispiriting redbrick apartment complex flatteringly named Regal Gardens, located near the campus of Queens College in the Kew Gardens Hills section of the New York City borough of Queens. Shortly after joining his wife, Eddie called the police, and the first contingent of patrolmen were on the scene in a matter of minutes. By 11 a.m. precinct cars were parked all around the grassy mall adjoining Alice’s apartment building at 150— 22 72nd Drive.

Jerry Piering, who was the first detective to arrive, quickly made the case his own. Hoping for a promotion to second grade on the Queens’ detective command, he immediately sensed that he had stepped into an important investigation. It took only one glance at Alice for him to decide that she did not look the picture of the anxious mother, this striking redhead in her twenties, with thick make-up, hip-hugging toreador slacks, flowered blouse and white high-heeled shoes. Patrolman Michael Clifford had already filled Piering in on the background—the Crimminses were separated and in the middle of a custody fight, but the role that the vanished children might have played in their skirmishing was still obscure.

The first fruits of Piering’s look around the premises confirmed the unfavorable impression Alice had made. In the garbage cans there were about a dozen empty liquor bottles that Alice later attributed to good housekeeping rather than over-indulgence, explaining that she had been cleaning the apartment in anticipation of an inspection visit from a city agency in connection with the custody suit. Still more revealing to Piering was a proverbial “little black book” that Alice had dropped outside; the men listed outnumbered women four to one.

While Piering was making his rounds, Detective George Martin found trophies of Alice’s active social life in a pastel-colored overnight bag stowed under her bed. The greetings and dinner programs that filled the bag documented her relationship with Anthony (Tony) Grace, a fifty-two-year-old highway contractor with ties to important Democratic politicians. Alice’s souvenirs showed that Tony Grace had introduced her to such party stalwarts as Mayor Robert Wagner and Senator Robert Kennedy; messages from Grace and important city officials addressed her as “Rusty.”

Messed up case. Starting with a botched investigation and then the prosecution pulling witnesses out of their ass.

She certainly had opportunity and maybe motive, but it seems like the prosecution motive was to punish her for sleeping around.

I knew many in the family. A sad, sad story.