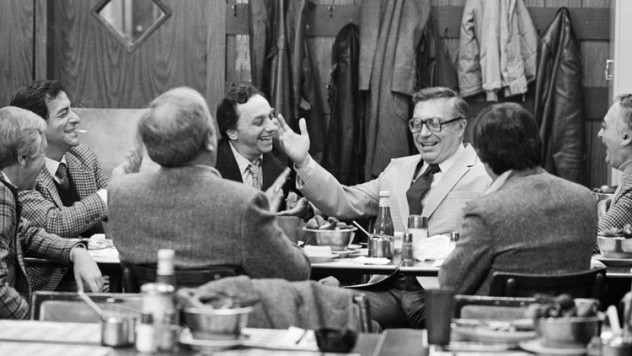 Nice chat with the Wood Man over at Vanity Fair:

Woody Allen: But prolific is a thing that’s not a big deal. It’s not the quantity of the stuff you do; it’s the quality. A guy like James Joyce will do just a couple of things, but they resonate way beyond anything I’ve ever done or ever could dream of doing.

Would you say your quality, in spots, dipped because of the quantity?

It always [has]. When you start out to make a film, you have very big expectations and sometimes you come close. When I did Match Point, I felt I came very close. But you never get that thing that you want. You always set out to make Citizen Kane or to make The Bicycle Thief and it doesn’t happen. You can’t set out to make something great head-on; you just have to make films and hope you get lucky.

Have you considered scaling back, making a film every few years?

It wouldn’t help. It’s not that I feel, “Oh, if I had more time or more money, I could make this better.” It’s coming to terms with the shortcomings in one’s own gift and one’s own personality.

What are your major shortcomings?

I’m lazy and an imperfectionist. Steven Spielberg and Martin Scorsese will work on the details until midnight and sweat it out, whereas for me, come 6 o’clock, I want to go home, I want to have dinner, I want to watch the ballgame. Filmmaking is not [the] end-all be-all of my existence. Another shortcoming is that I don’t have the intellect or the depth or the natural gift. The greatness is not in me. When you see scenes in [Akira] Kurosawa films … you know he’s a madman on the set. There would be 100 horses and everything had to be perfect. He was crazy. I don’t have any of that.