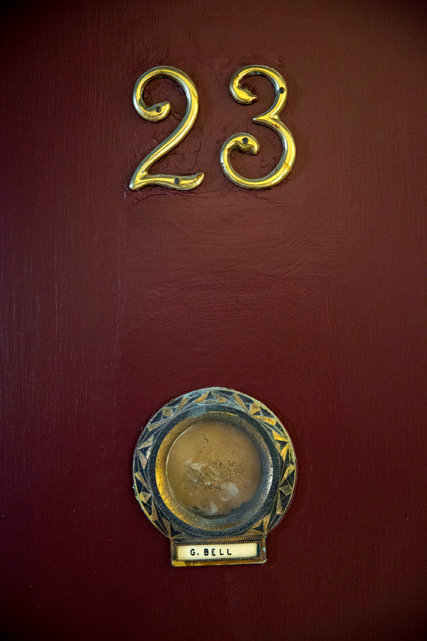 Really strong story by N.R. Kleinfeld in the Times:

They found him in the living room, crumpled up on the mottled carpet. The police did. Sniffing a fetid odor, a neighbor had called 911. The apartment was in north-central Queens, in an unassertive building on 79th Street in Jackson Heights.

The apartment belonged to a George Bell. He lived alone. Thus the presumption was that the corpse also belonged to George Bell. It was a plausible supposition, but it remained just that, for the puffy body on the floor was decomposed and unrecognizable. Clearly the man had not died on July 12, the Saturday last year when he was discovered, nor the day before nor the day before that. He had lain there for a while, nothing to announce his departure to the world, while the hyperkinetic city around him hurried on with its business.

Neighbors had last seen him six days earlier, a Sunday. On Thursday, there was a break in his routine. The car he always kept out front and moved from one side of the street to the other to obey parking rules sat on the wrong side. A ticket was wedged beneath the wiper. The woman next door called Mr. Bell. His phone rang and rang.

Holy hell, that's some story to read in the middle of a Monday afternoon. Great writing.