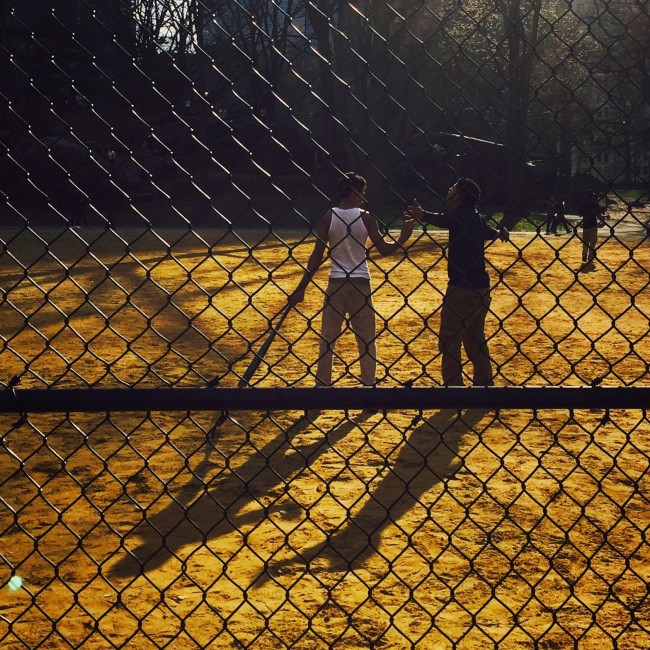 You know, I watched about 95% of the games in 1998 but one that I missed was the comeback where Straw hit the grand slam. I might have even started watching it but I missed the comeback, one of their best of the season. I just remember waking up like it had been a happy dream, which is what that whole season was anyway.

Point is, it’s hard to stay up for games in Oakland. Least it’s always been for me. At least on a school night.

That said, I like that I have a choice and sometimes I’ll just hang on and watch a game until it’s over just because.

1998 didn't start off like a dream if I recall; it wasn't until George started threatening Torre's job that the Bombing began. I've always felt that was the team's "And Fuck You Too, Mr. Steinbrenner" season.

I love the Oakland/LAA/Sea games. Means I have baseball to listen to until about 2 in the afternoon while here at AMCE, Inc.

1998...I was in Japanese school, checking my email once a week at a library and watching the MLB highlights on a nightly show, trying to understand the J announcers..wasn't until after the ASB I realized who good the team was.

Your 2016 Yankees. How the fuck does Beltrsn not know there were 3 outs? Fucking bollocks!

Headley picked off first. Didi pegged at by 5 feet. Oi...

i love west coast games! i'm just getting home from work and can watch a little bit of the game as i settle in and have dinner : )

nova better go out for the 7th.

why the FUCK is dellin in the game. he threw over 30 pitches yesterday. nova's at 61 pitches. SIXTY-ONE!!!

this is beyond ridiculous.

this is bullshit. we're gonna lose. nova should be pitching.

now a stolen base...

he got out of it, but it was stoopid he was in there to begin with.

nova miller for the 8th.

[please no homerun this time.]

Had already shut down the iPad before the game, only caught a couple of innings. Now, everyone makes mistakes. But Carlos, the team is underperforming, the offense is struggling. Now is not the time to not mentally be in the game.

[15] Joe was just trying to honor roger maris. It had to happen.

Alex - I love seeing Chapman pitch the 9th, you should fall asleep on the couch, and wake up when he comes in to pitch. I'm 2-2 with the win in Arizona and last night's win.

If Singleton remains monotone, then the Yankees are losing and there's no reason to wake-up.

Ha. Good stuff on Kenny. He reminds me, especially when he laughs, like Dr. Hibbert from the Simpsons.