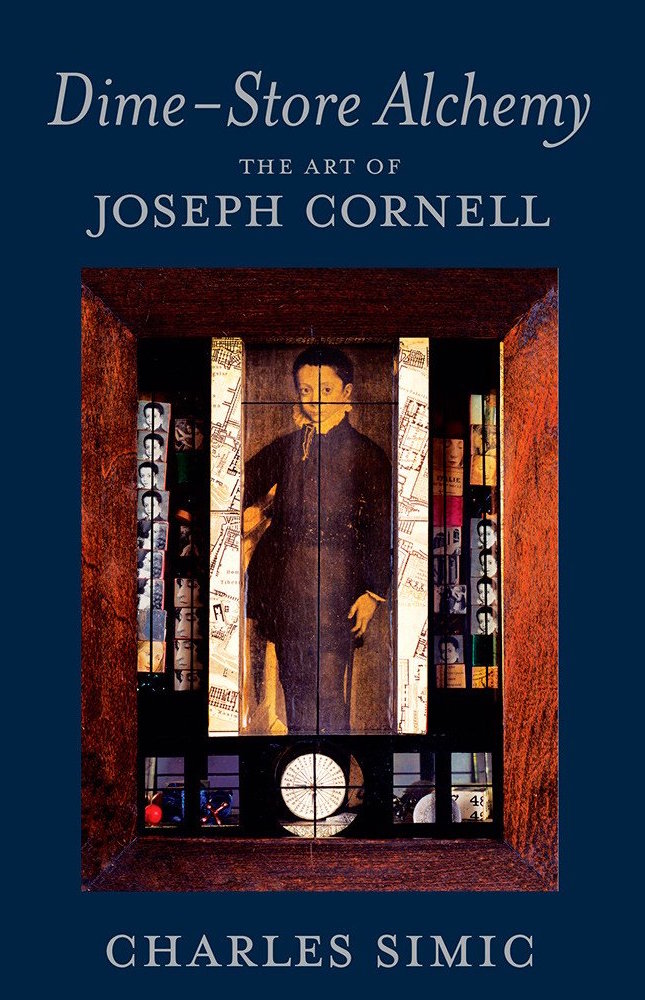 Joseph Cornell is one of my favorite artists and Charles Simic is one of my favorite writers so you can imagine how thrilled I am to present a few excerpts from Simic’s charming—and irresistible—volume, Dime-Store Alchemy: The Art of Joseph Cornell (NY Review of Books). Reprinted with the author’s permission, and illustrated with photographs by fellow Manhattan-wanderer, Bags, along with a few of my own pictures and collages. Enjoy—Alex Belth]

From Dime-Store Alchemy: The Art of Joseph Cornell

I have a dream in which Joseph Cornell and I pass each other on the street. This is not beyond the realm of possibility. I walked the same New York neighborhoods that he did between 1958 and 1970. I was either working at lowly office jobs, or I was out of work spending my days in the Public Library on Forty-second Street which Cornell frequented himself. I don’t remember when it was that I first saw his shadow boxes. When I was young, I was interested in surrealism, so it’s likely that I came across his name and the reproduction of his art that way. Cornell made me feel that I should do something like that myself as a poet, but for a long time I continued to admire him without knowing much about him. Only after his death did he become an obsession with me. Of course, much had already been written about him, and most of it was excellent. Cornell’s originality and modesty disarm the critics and make them sympathetic and unusually perceptive. When it comes to his art, our eyes and imagination are the best guides. In writing the pieces for this book, I hoped to emulate his way of working and come to understand him that way. It is worth pointing out that Cornell worked in the absence of any aesthetic theory and previous notion of beauty. He shuffled a few inconsequential found objects inside his boxes until together they composed an image that pleased him with no clue as to what that image will turn out to be in the end. I had hoped to do the same. 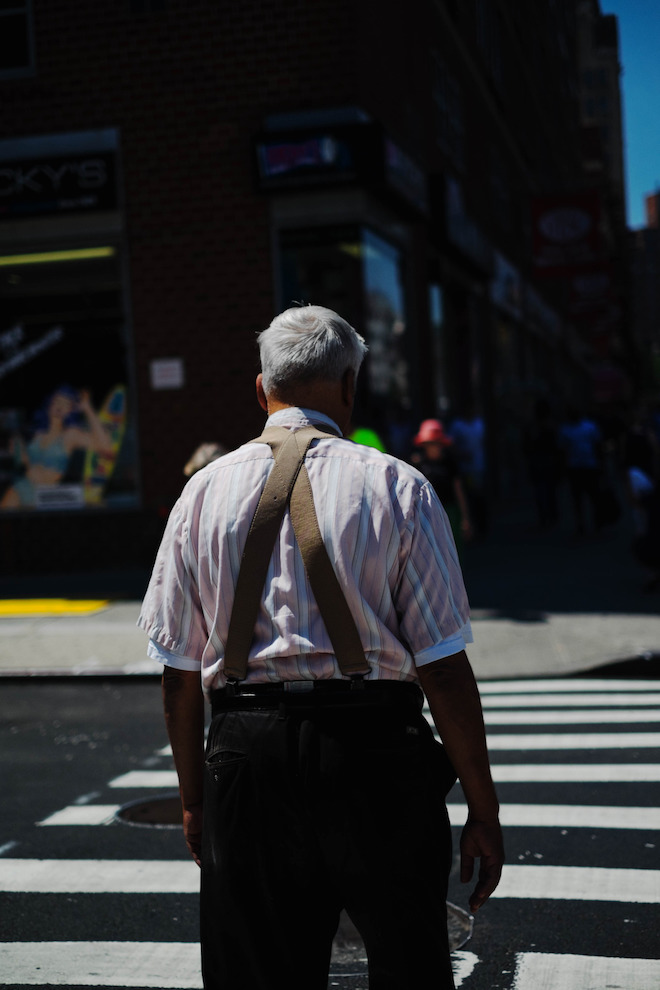 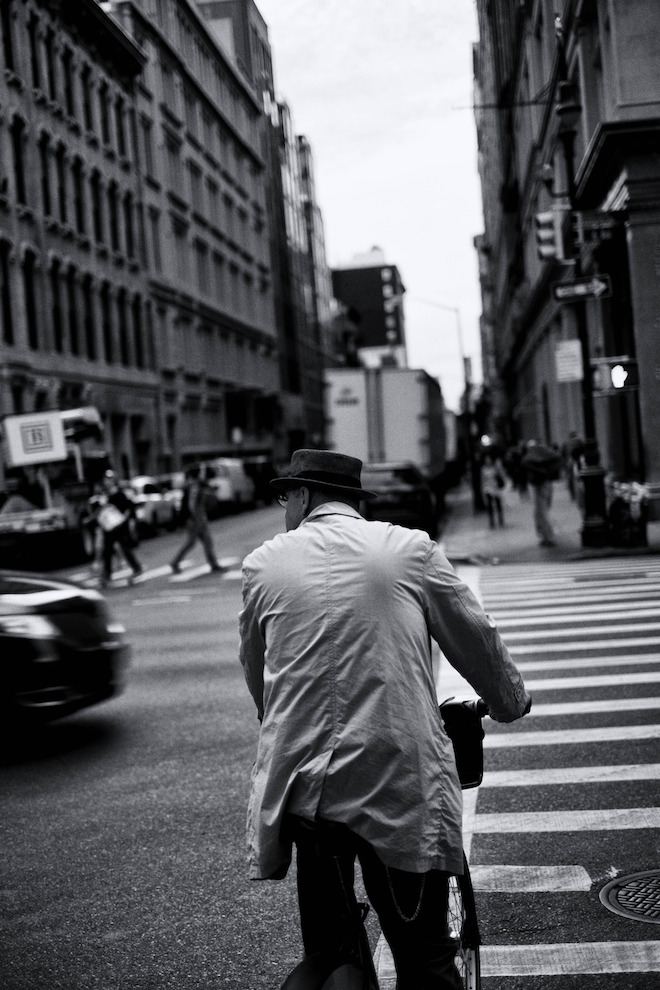 THE MAN ON THE DUMP

He looked the way I imagine Melville’s Bartleby to have looked the day he gave up his work to stare at the blank wall outside the office window.

There are always such men in cities. Solitary wanderers in long-outmoded overcoats, they sit in modest restaurants and side-street cafeterias eating a soft piece of cake. They are deadly pale, have tired eyes, and their lapels are covered with crumbs. Once they were something else, now they work as office messengers. With a large yellow envelope under one arm, they climb the stairs to the tenth floor when the elevator is out of order. They keep their hands in their pockets even in summertime. Any one of them could be Cornell.

He was a descendant of an old New York Dutch family that had grown impoverished after his father’s early death. He lived with his mother and invalid brother in a small frame house on Utopia Parkway in Queens and roamed the streets of Manhattan in seeming idleness. A devout Christian Scientist, he was a recluse and an eccentric who admired the writings of French Romantic and Symbolist poets. His great hero was Gérard de Nerval, famous for promenading the streets of Paris with a live lobster on a leash. 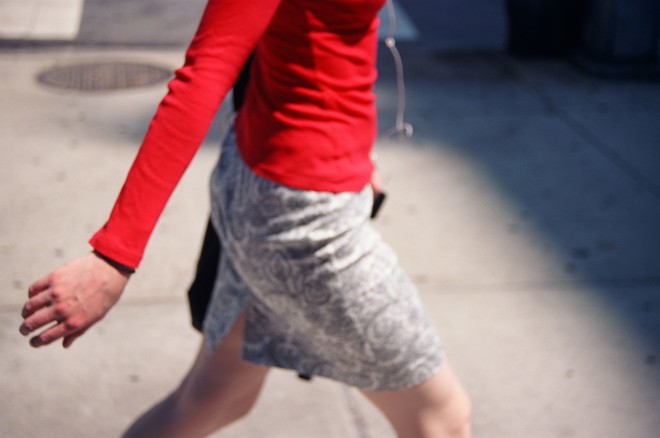 Poe has a story called “The Man of the Crowd” in which a recently discharged hospital patient sits in a coffee shop in London, enjoying his freedom, and watching the evening crowd, when he notices a decrepit old man of unusual appearance and behavior whom he decides to follow. The man at first appears to be hurrying with a purpose. He crosses and recrosses the city until the aimlessness of his walking eventually becomes obvious to his pursuer. He walks all night through the now–deserted streets, and is still walking as the day breaks. His pursuer follows him all of the next day and abandons him only as the shades of the second evening come on. Before he does, he confronts the stranger, looks him steadfastly in the eye, but the stranger does not acknowledge him and resumes his walk.

Poe’s is one of the great odes to the mystery of the city. Who among us was not once that pursuer or that stranger? Cornell followed shop girls, waitresses, young students “who had a look of innocence.” I myself remember a tall man of uncommon handsomeness who walked on Madison Avenue with eyes tightly closed as if he were listening to music. He bumped into people, but since he was well dressed, they didn’t seem to mind.

“How wild a history,” says Poe’s narrator, “is written within that bosom.” On a busy street one quickly becomes a voyeur. An air of danger, eroticism, and crushing solitude play hide-and-seek in the crowd. The indeterminate, the unforeseeable, the ethereal, and the fleeting rule there. The city is the place where the most unlikely opposites come together, the place where our separate intuitions momentarily link up. The myth of Theseus, the Minotaur, Ariadne, and her thread continue here. The city is a labyrinth of analogies, the Symbolist forest of correspondences.

Like a comic-book Spider-Man, the solitary voyeur rides the web of occult forces. 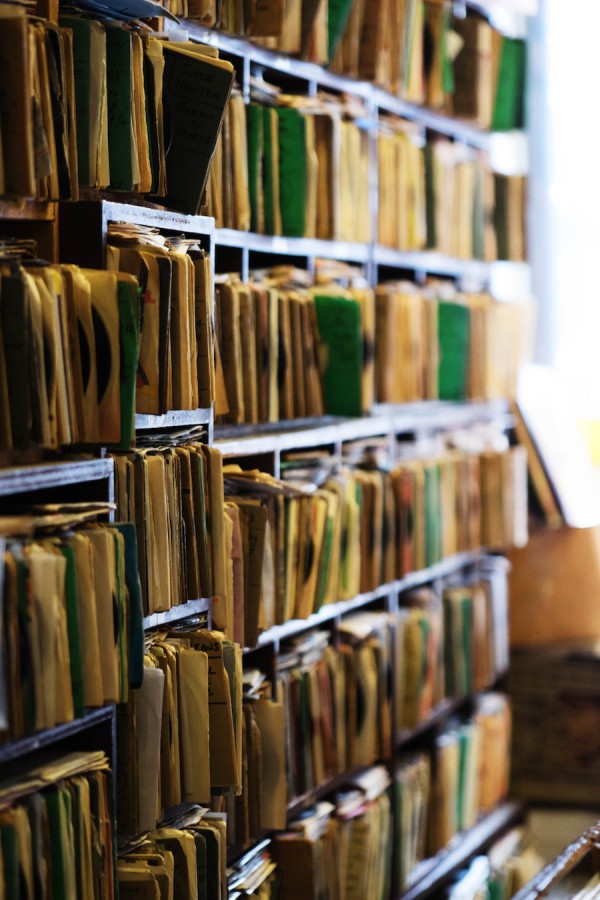 Somewhere in the city of New York there are four or five still-unknown objects that belong together. Once together they’ll make a work of art. That’s Cornell’s premise, his metaphysics, and his religion, which I wish to understand. 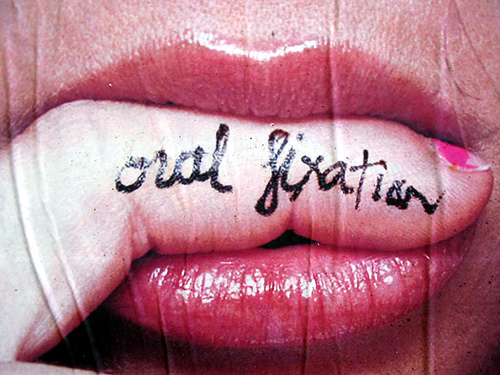 I WENT TO THE GYPSY

What Cornell sought in his walks in the city, the fortune-tellers already practiced in their parlors. Faces bent over cards, coffee dregs, crystals; divination by contemplation of surfaces which stimulate inner visions and poetic faculties.

De Chirico says: “One can deduce and conclude that every object has two aspects: one current one, which we see nearly always and which is seen by men in general; and the other, which is spectral and metaphysical and seen only by rare individuals in moments of clairvoyance…”

He’s right. Here comes the bruja, dressed in black, her lips and fingernails painted blood-red. She saw into the murderer’s lovesick heart, and now it’s your turn, mister. 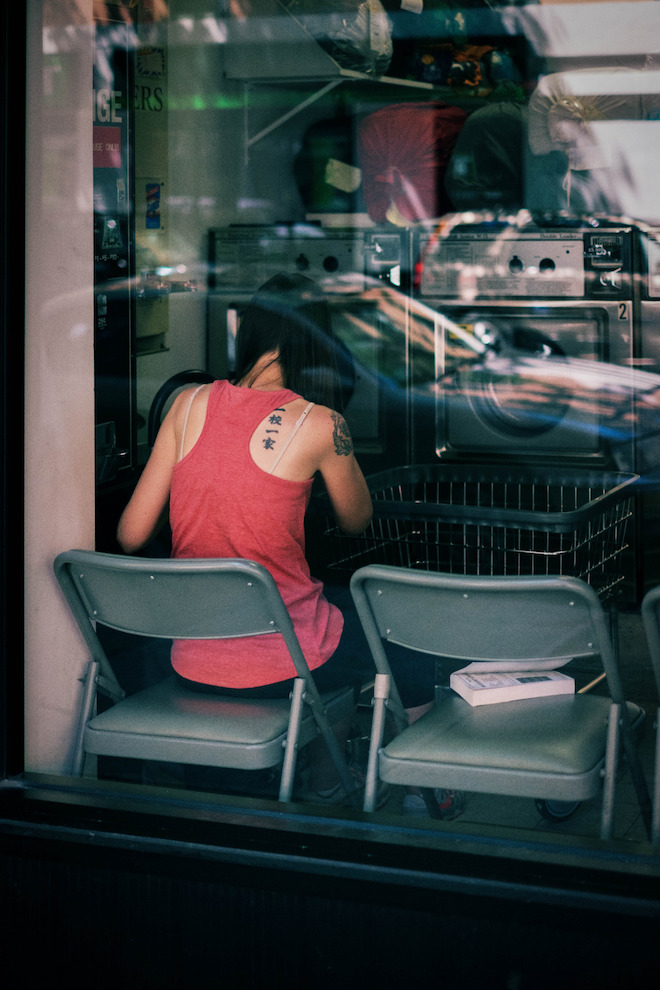 CHESSBOARD OF THE SOUL

Around the boxes I can still hear Cornell mumble to himself. In the basement of the quiet house on Utopia Parkway he’s passing the hours by changing the positions of a few items, setting them in new positions relative to one another in a box. At times the move is no more than a tenth of an inch. At other times, he picks the object, as one would a chess figure, and remains long motionless, lost in complicated deliberation.

Many of the boxes make me think of those chess problems in which no more than six to seven figures are left on the board. The caption says: “White mates in two moves,” but the solution escapes the closest scrutiny. As anyone who attempts to solve these problems knows, the first move is the key, and it’s bound to be an unlikely appearing move.

I have often cut a chess problem from a newspaper and taped it to the wall by my bed so that I may think about it first thing in the morning and before turning off the lights at night. I have especially been attracted to problems with minimum numbers of figures, the ones that resemble the ending of some long, complicated, and evenly fought game. It’s the subtlety of two minds scheming that one aims to recover.

At times, it may take months to reach the solution, and in a few instances I was never able to solve the problem. The board and its figures remained as mysterious as ever. Unless there was an error in instructions or position, or a misprint, there was no way in hell the white could mate in two moves. And yet…

At some point my need for a solution was replaced by the poetry of my continuous failure. The white queen remained where it was on the black square, and so did the other figures in the original places, eternally, whenever I closed my eyes. 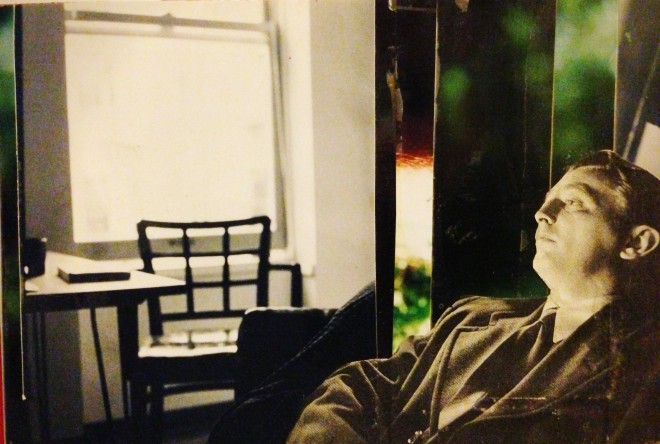 WHAT MOZART SAW ON MULBERRY STREET

If you love watching movies from the middle on, Cornell is your director. It’s those first moments of some already-started, unknown movie with its totally mysterious images and snatches of dialogue before the setting and even the vaguest hint of a plot became apparent that he captures.

Cornell spliced images and sections from preexisting Hollywood films he found in junk stores. He made cinema collages guided only by the poetry of images. Everything in them has to do with ellipses. Actors speak but we don’t know to whom. Scenes are interrupted. What one remembers are images.

He also made a movie from the point of view of a bust of Mozart in a store window. Here, too, chance is employed. People pass on the street and some of them stop to look in the window. Marcel Duchamp and John Cage use chance operation to get rid of the subjectivity of the artist. For Cornell it’s the opposite. To submit to chance is to reveal the self and its obsessions. In that sense Cornell is not a dadaist or a surrealist. He believes in charms and good luck. 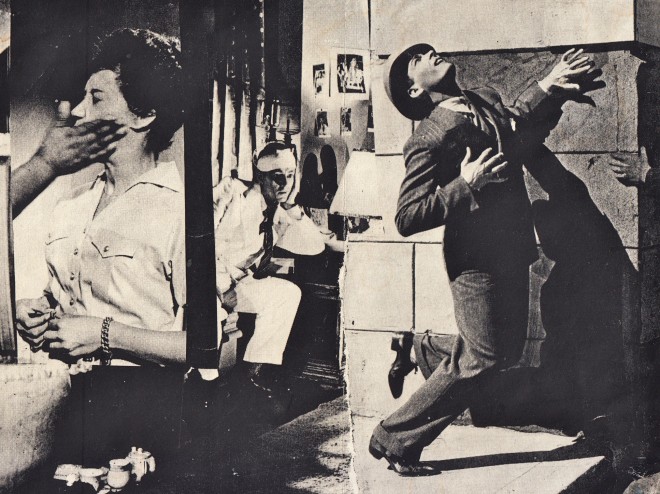 THE GAZE WE KNEW AS A CHILD

“People who look for symbolic meaning fail to grasp the inherent poetry and mystery of the images,” writes René Magritte, and I could not agree more. Nevertheless, this requires some clarification. There are really three kinds of images. First, there are those seen with eyes open in the manner of realists in both art and literature. Then there are images we see with eyes closed. Romantic poets, surrealists, expressionists, and everyday dreamers know them. The images Cornell has in his boxes are, however, of the third kind. They partake of both dream and reality, and of something else that doesn’t have a name. They tempt the viewer in two opposite directions. One is to look and admire the elegance and other visual properties of the composition, and the other is to make up stories about what one sees. In Cornell’s art, the eye and the tongue are at cross purposes. Neither one by itself is sufficient. It’s that mingling of the two that makes up the third image. 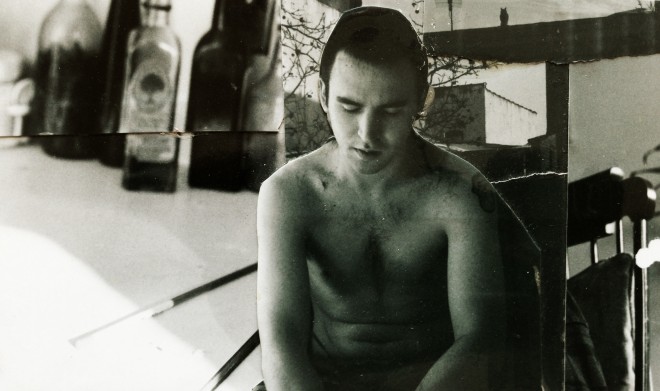 It’s raining on Utopia Parkway. The invalid brother is playing with his toy trains. Cornell is reading the sermons of John Donne, and the box of the Hôtel Beau-Séjour is baking in the oven like one of his mother’s pies.

In order to make them appear aged, Cornell would give his boxes eighteen to twenty coats of paint, varnish them, polish them, and leave them in the sun and rain. He also baked them to make them crack and look old.

Forgers of antiquities, lovers of times past, employ the same method. 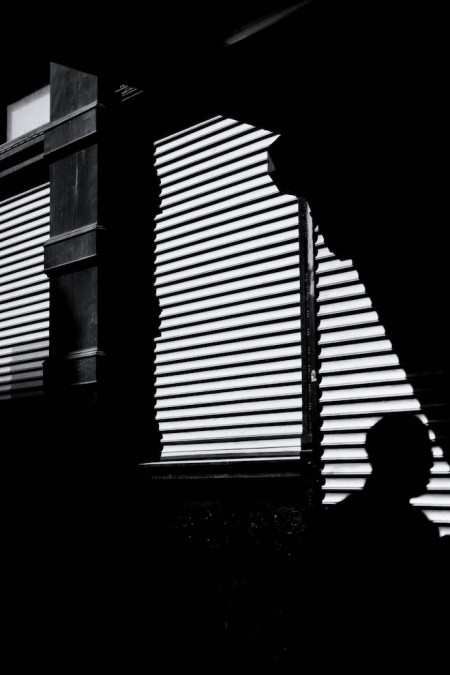 It ought to be clear that Cornell is a religious artist. Vision is his subject. He makes holy icons. He proves that one needs to believe in angels and demons even in a modern world in order to make sense of it.

The disorder of the city is sacred. All things are interrelated. As above, so below. We are fragments of an unutterable whole. Meaning is always in search of itself. Unsuspected revelations await us around the next corner.

The blind preacher and his old dog are crossing the street against the oncoming traffic of honking cabs and trucks. He carries his guitar in a beat-up case taped with white tape so it looks like it’s bandaged.

Making art in America is about saving one’s soul. 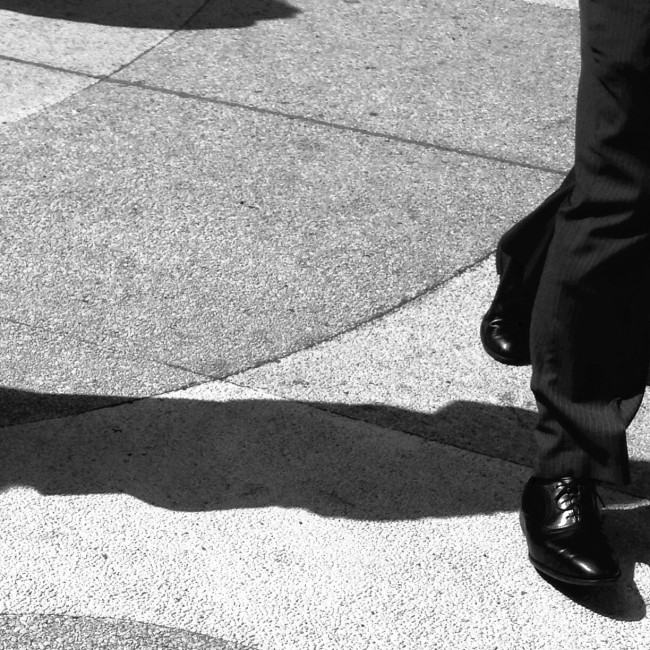