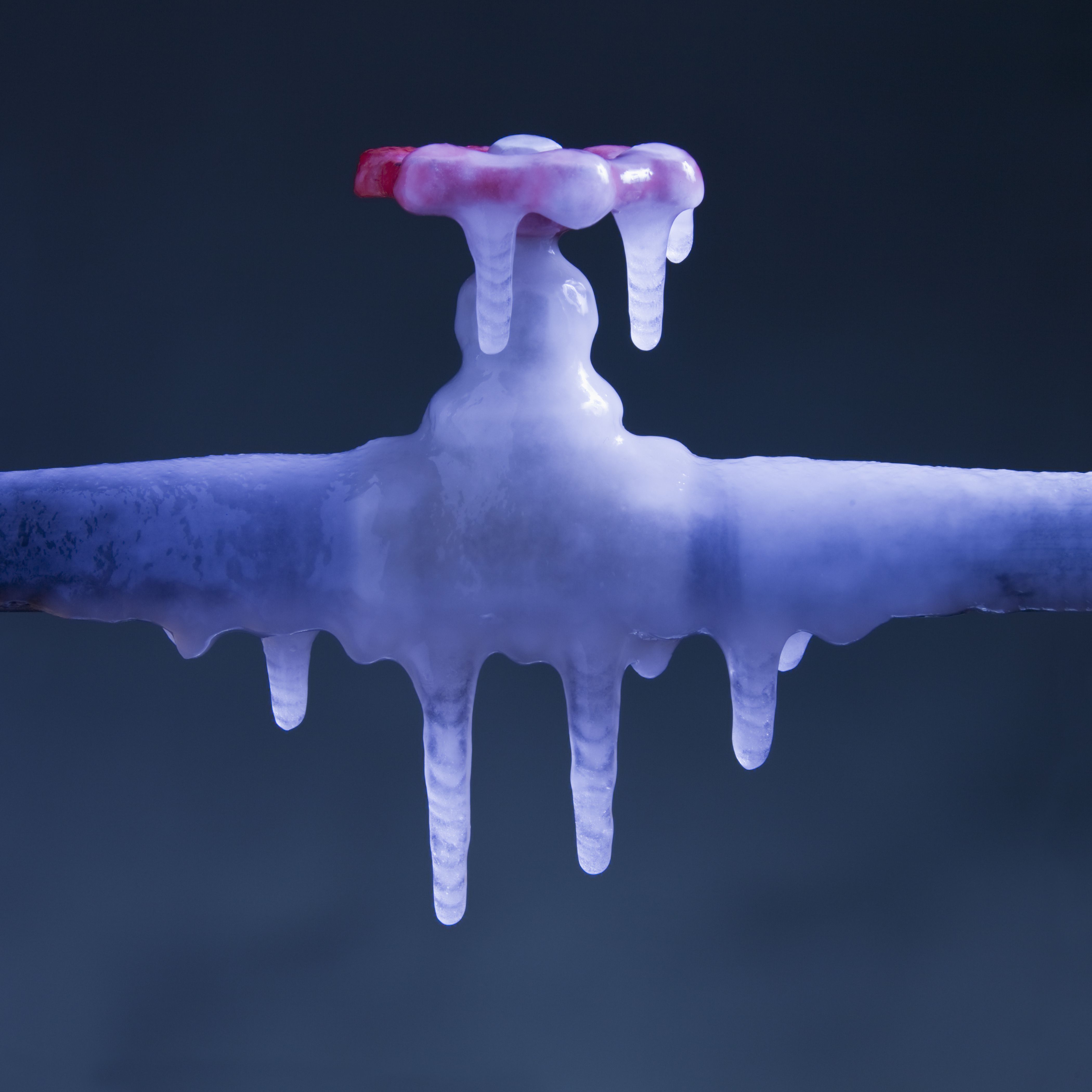 Sooo… how ’bout that weather?

Indeed, it’s been an effort this winter to stay warm and in a cheery mood, not that Cashman and the Yanks haven’t tried to help. After all, snatching up a reigning MVP entering his prime from one league and pairing him with a homegrown runner-up MVP who also happens to be the unequivocal Rookie of the Year and still a couple years away from his prime (hopefully) has to qualify as a heat-seeking missile maneuver to say the least. Re-signing C.C. seems like posturing after the Mother Of All Dunks (hey, they ain’t called the Bronx Bombers for nothing…). Yet even with that, the ripples of time have dissipated far and long enough enough for us to see that this off-season has been in relative stasis; the iguanas falling out of the trees are frozen in expectation of better conditions to act within their nature.

So what are we waiting for?

I guess we’re still waiting on that market, huh? Yunnow, the one that seems to be getting busy later and later in the off-season these past few years? I dunno, with what amounts to a soft-cap looming over the proceedings and a new generation of smart shoppers analyzing everything with modified Hubble telescopes and probability vector algorithms, the Hot Stove has been as interesting as watching flies fiduciary-fiduciary-fiduciary… you get the picture.

To be honest, I’m quite pleased with the relative “restraint” the Yanks have shown in this and the last few seasons; Ellsbury notwithstanding. They’ve figured out how to add and subtract big contracts and farm pieces without putting too much pressure on their bottom line, but obviously the major factor in this formula working is the fact that their prospects are mostly living up to their rankings when they hit the big stage, which creates more capital to pull off a big trade such as Ultron for Rikki Tikki Tavi and two diamond pinkie rings. And so far, what they haven’t done has given them credibility going forward; not trading for Gerritt Cole, who not long ago gave us all the impression that he never wanted to be a Yankee to begin with to me makes up for the pre-dynasty years wasted on Jack McDowell. Now if they can only avoid making a long-term regret with Yu Darvish… I like Darvish and our old Toaster fam Mike Plugh was not wrong about him, but I also like that he purportedly skipped a ridiculously Ellsburyish offer with a 48-hr deadline, which probably means if he does sign with the Yanks, it’ll be for significantly less ducats.  As is, the Yanks can live somewhere around $25-30 million under the luxury tax line without him.

So as presently constructed, what do you think we can expect from this influx of power and youth? Is it safe to consider the roster a go heading into February, or are we waiting for the fire to heat up now that certain teams are starting to make a few moves? Is Gleyber a lock at second or does Cashman want to let him warm up in SWB coming off an  injury and all… is Miguel Andujar the answer at third or is Todd Fraizer going to slide in under the budget line somehow? Does Jacoby break with the team going north and turn in a Headleyesque barnburner of an April-May that gets him some admirers from far-flung contenders? Will Hicks continue to build on what the Twins didn’t have the patience for? Can Gardy… wait, do we still have to do the stupid “name-y” thing now that Joe’s gone? And who’s going to be our Achilles’ Heel bench guy who had one good season and is signed to keep the lineup human THIS year?

Oh yeah, and is Aaron Freakin’ Boone gonna do it or what? Will our new Ulysses prove Cashman to be the brilliant Texas Hold-Em Pragmatic Genius that we hope he is at this point, or will Cashman be forced to do a Dan Jennings The Elder and take over halfway through May? What’s it gonna be, Bob Brenly  or Bucky Dent? 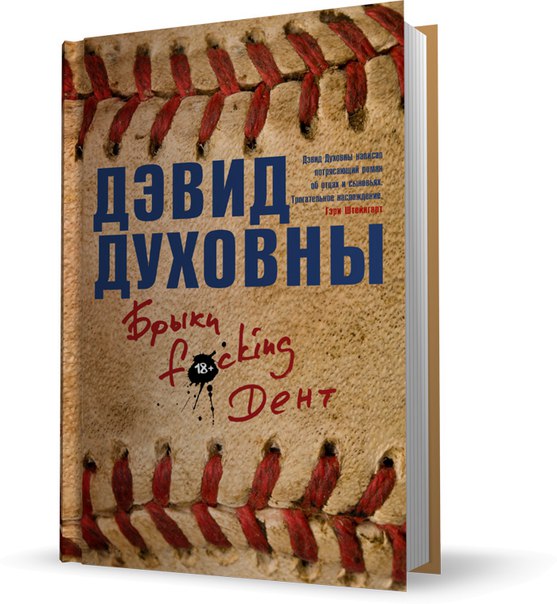 *Before you say it, I know Brenly was a coach with the Giants under Roger Craig and Dusty Baker before he replaced Buck Showalter in Arizona, but it was his first season and first manager job, dangit! One would hope that Boone can outdo Brenly given the roster he gets to handle. As for Bucky… Bucky F*cking Dent, woo hoo!!

Nice write up as always Chyll. I'm quite pleased with the Yanks' moves. One question to ponder: Starlin has asked to be traded from Miami. Could we seem him back in pinstripes, or would the cost not be worth it with a certain rookie up in 12 weeks to play second? Also heard that the Yanks were willing to eat 15 very large out of Ellsbury's salary, taking us quite close to the tax limit.

[1] I've read not that $15 mil is not what they're willing to do, but what it would likely take to trade him. Even in that regard, what would they get in return with his current stats? It might be an easier gamble to go into the season with what they have now and hope that he raises his stock, unless they are really in on Yu and can't take the chance that one of the other five teams will swoop in and sign him. That would be a tad embarrassing...

With Starlin, I have to wonder if there were some ulterior motives for trading him; his hustle has been questioned at times, reminding me of the early issues Cashman had with Melky and Robbie. Melky was dealt in part to keep him from spoiling Robbie, whom they obviously deemed to be a bigger asset. History is not on Starlin's side circumstantially; after toiling for the rebuilding Cubs, they trade him and go on to appear in and win the World Series. Circumstantial... but still. If the Yanks do somehow outperform everyone and end up in the Series, the Castro trade will likely look like grand theft and the chatter will continue, especially if he continues begging out of rebuild situations.

That said, I do see a scenario where Castro is reacquired, though I doubt Jeter will let himself to appear as though he was fleeced again. My guess is spring training at second base would have to be harrowing for it to happen. It would still fit under their stated goal, but it would be tight. Not worth doing just for doing, but if they were put in a corner they could manage it.

Heck, I’d trade me and half the salary for a bag of used balls. Strictly a salary dump. Giants got McCutcheon, do they still need another OFer?

Had only one day above freezing since Christmas.

I think they bring up Gleybar and bat him 8th or 9th, let the boppers bop and he can just get his ABs in the bigs.

[3] You have a no-trade clause, which makes it even more complex. You're not going just any-old where... >;)

[4] I think they want to give Gleyber a run-up to the season, as he's coming off an injury. Unless he forces the issue during the spring, I see him and Fraizer biding their time and tuning up in Scranton for the first month or two, barring injury. Andujar... I think they really want him to win third in ST, but I doubt he'll be the starter if he also doesn't blow them away. They have a whole lot riding on those two; if they can get at least league average out of second and third, that keeps them under the tax line the entire season. Then LOOK OUT...

[5] and don't they get an extra year of control if they wait to bring them up - I thought it was after June 1?

[6] You might be right; I thought it was around the trade deadline. But would that matter if you were contending and you knew that one of any of them would likely put you over the top? I recall they were playing that game with Gary Sanchez until he said, “Options? We don’t need no stinking options!” and started blasting the bejeezus out of AAA and then, well, you know what happened after that. Judge never even gave them the... no, I won’t say it. Hopefully Gleyber follows their example.

[5] Giants are retooling, so I might want to go there and play, rather than ride the pine in NY.

[8] You might want some company if you do; you might want Clint Frazier To be your running buddy. Interesting, but I doubt the Giants want you for $11-12 mil, and who the heck knows what Yu will actually go for. I sense if his market is deliberately depressed, it might get ugly before you get to Ghiradelli...

But... check out the loft this guy has on his fly-ball. Looks familiar, eh? Reminds me of Strawberry, actually. This is who we “took back” in the Headley trade. Mike Axsia makes a decent case for him being the shuttle heir apparent to Frazier in the event he’s traded. Only thing is, I don’t know what kind of defender he is... yet.

Very interesting article from Jeff Passan regarding baseball’s faulty economic system playing a role in this off-season’s slow market, with the inevitable (and perhaps proper) mention of the c-word and drawing a line to a possible work stoppage, which could be catastrophic to baseball in general.

My takeaway is that ownership caught the player’s union flat-footed when Donald Fehr’s heir Michael Weiner passed away and Tony Clark was named as his successor. Clark had quite a different background and set of priorities than the former heads, which came into play when negotiating the last CBA, and owners seized the leverage back from the players as a result. Not that Clark intentionally threw his own people under the bus, but my guess is he and the players were naive about what was at stake and ownership took advantage of it.

There are a few significant this you can take from it if you believe it (I’m willing to hear arguments), but it kinda reaffirms what I’ve suspected of late.