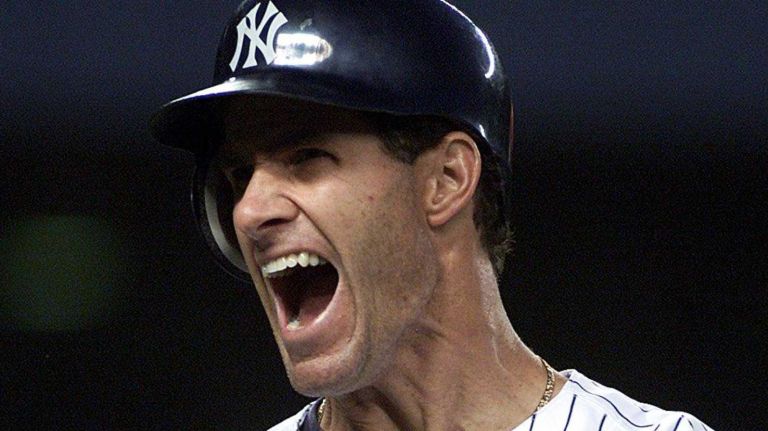 “…while Hall reveled in the status that being a Yankee conferred, he was hardly deferential toward the organization’s tradition. During Old Timer’s Day in 1992, he walked out onto the field and asked Showalter, by then the Yankee manager, “Who are these old fucking guys?”

“That’s when I knew he had to go,” said Showalter.” – Greg Hanlon; SB Nation

Out with the old and in with the new. Buck Showalter, going into his second season with the Yanks as the manager, presumably had collected enough intel on the clubhouse to know what changes needed to be made, and together with Stick began to reshape the clubhouse. Beyond Mel Hall, it’s anyone’s guess who the guys were that they thought needed to be shipped out due to their behavior, but the dark cloud choking the clubhouse was beginning to dissipate, and the Yankees embarked on a long and unbroken string of winning seasons that endures to this day.  Culture was the word of the season, and Stick addressed this even further by importing players who in their eyes had a good combination of winning and character.  The end result would be an 88-74 record, which put them in second place in the AL East; not quite as remarkable a turnaround as it was for the worst-to-first Atlanta Braves of 1990-91, but for Yankee fans, a great portend of things to come…

Okay, so the obviously strong additions were Paul O’Neill, Jimmy Key, Jim Abbott and Wade Boggs. I remember not being too particularly thrilled at the time with the Roberto Kelly-for-Paul O’Neill trade as Kelly was a recognized homegrown product, but O’Neill came three seasons removed from a World Series championship with the Cincinnati Reds, while Key was a two-time champion starting pitcher late of the Toronto Blue Jays.  The acquisition of Abbott was in the works for over a season, so that was pleasant, though not surprising (losing J.T. Snow was sort-of a blow, but his eventual replacement more than made up for it.).  Getting Boggs was quite shocking though; it hardly ever happens that a renowned star from your arch-enemy willingly comes over to your side; well, ever since the No-No-Nanette thing.

However, do you remember Spike Owen (also a renowned cog of the enemy wheel) did the same thing less than two weeks earlier? And whatever happened to Rich Batchelor (you know, the minor leaguer traded for some guy named Lee Smith, who happened to be one of the most dominating relievers in all baseball)? Now Lee Smith is one of the poster children for this series; after spending the bulk of his career with the Chicago Cubs and the St. Louis Cardinals (with an extended stopover in Boston in between), he was almost literally a Yankee for a minute: traded on August 31st of the 1993 season, he pitched a total of 8 innings in the last month as the closer, earning three saves while giving up 3 hits, 5 walks and striking out 11.  He didn’t even have time to quantify an ERA+… (he didn’t allow a run anyway, so…). But for reasons unknown, Smith filed for free agency at the end of the season and the Yanks didn’t retain him; which was a shame because he was actually great the following season with the Orioles (P.S.: Eras committee, put this man in the Hall of Fame; screw the writers).

Spike Owen, on the other hand, is not going to get any looks from that committee anytime soon, we can imagine.  It’s funny, when I think of him, it’s as a shortstop for the Red Sox, but he actually spent more time with both Seattle (who drafted him in the first round as the #6 overall pick in 1982) and with Montreal (where he started at shortstop also for four seasons before signing with the Yanks).  While he was here for a season; ostensibly to help push the Yanks into the playoff picture (and at the expense of fan favorite Stanky), he pretty much did little to nothing offensively to justify that theory, and coupled with some suspect defense, it was pretty much a waste of one year of everyone’s life.

Frank Tanana was here, too. For a minute.  So was Paul Assenmacher, whose main trivia is that he was involved in a three-way trade with Karl “Tuffy” Rhodes, who a couple of years later embarked on an extended career as a prolific home run hitter in the Nippon Baseball League (where he also faced a young Yu Darvish in the 2009 Pacific League Climax Series).  Meanwhile, Assenmacher was to become the second of two pitchers in major League history to give up home runs to both Hank Aaron and Barry Bonds.  Time flies, doesn’t it?

[1] I wouldn’t say he’s ignorant (outside of baseball history and Yankee lore in particular), but certainly arrogant; a smooth operator who eventually ran out of gas. The article by Greg Hanson I linked to certainly indicates that he knew quite well what he was doing, and alludes that he was driven by deep insecurities.

I agree with the rest of it, though...

A must-read from guest columnist Randy Wilkins over at RAB. I've gotta get in touch with this dude. Don't read the comments if you value your own sanity though; it reminds me by contrast just how special our community is...

[3] Yes and YES! Great stuff, and without a doubt, never read the comments at RAB..

[3] damn shame about those comments. I want the next Rickey Henderson and Dave Winfield in baseball. Preferably on the Yankees. I like the Reviving Baseball in Inner cities initiative. The widest net possible to get the best baseball players.

And I am not someone who will be identified as a bleeding heart liberal. (As far as I’ll talk poly-ticks here)

[3] Yes. Good piece. I didn't read or see the comments [as my policy is Never Read the Comments], but I was tempted. I will assume it was a wise choice to avoid.

Tip to Banterers: Just finishing up a new book by Gator: "My Life in Pinstripes." Great memories, good read.

Andujar looking good early. Four dingers already. Still I expect him to be sent down for a while to gain another year of team control.

[8] And to justify having traded for Drury while still being able to keep Lil' Ronnie around. If it's playing with house money, why not?

Yanks, Sox spring training! All is right with the world.Romine steals a base!

would be nice if the Sawks announcers gave us the names of the yanks.

It is spirit training, but these Sawx announcers are awful.

the kid at 3rd looks ready.

Nice catch Hendrix. Way to put this broadcast out of our misery.

It may be spring training, play anytime time we beat the Sox it's satisfying. Took almost 4 hours as usual.

Hope everyone on the east coast survived the storm of the century of the week.

Mets broadcasters are kind of bland.