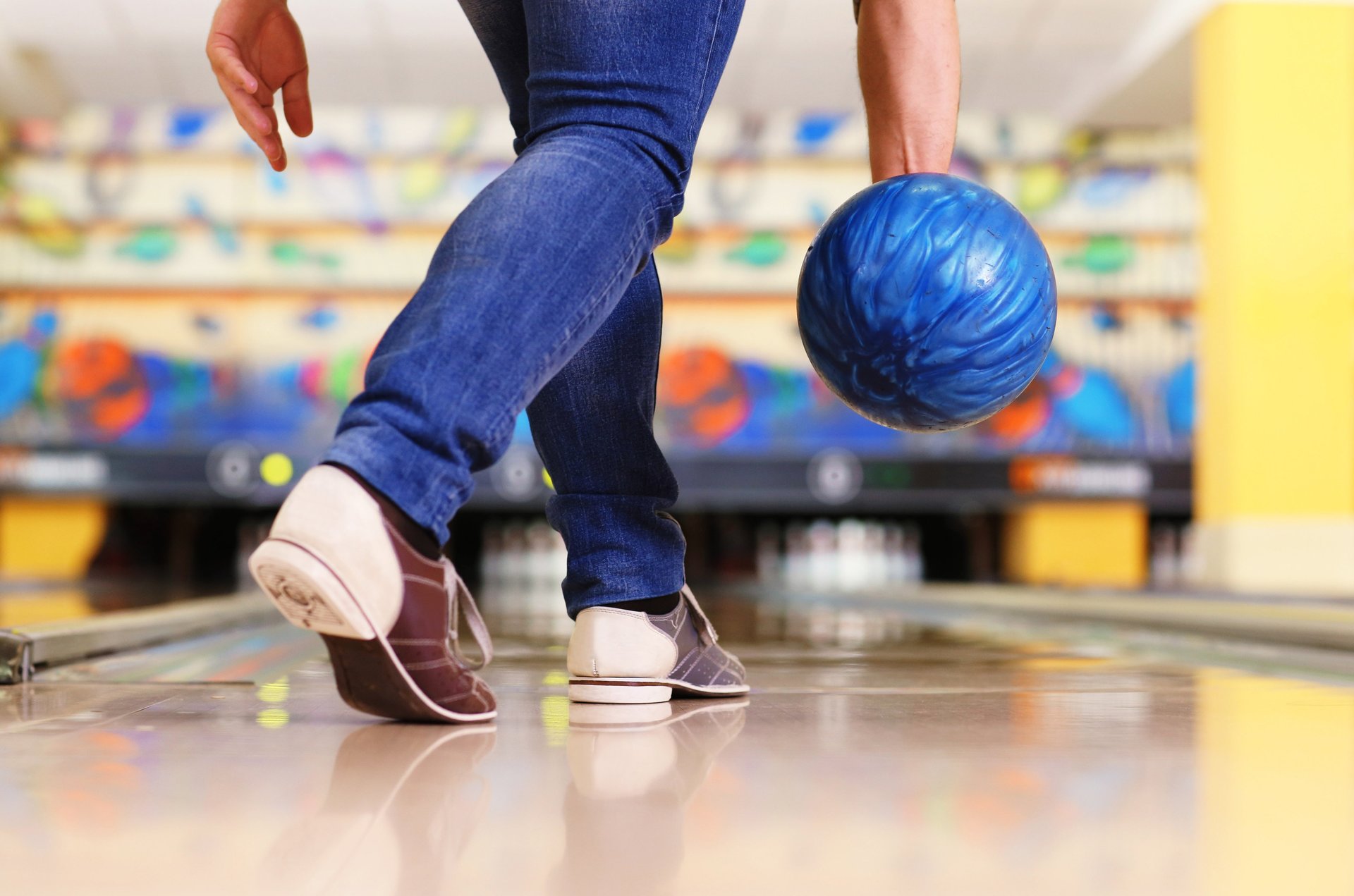 Well, I did kind of expect this to move along at a faster pace, but then I had to go and do something over the weekend; the lead-up to and the aftermath of which have definitely been one of the most interesting parts of my life to say the least, but then here we are well into March and spring training talking about 1994 >;)

I suppose that is appropriate enough; after all, 1994 is when things got really interesting for the Yanks.  The clubhouse demons were being scrubbed away little-by-little, replaced with a mix of developing young stars and aged grit. Stick was fitting pieces of the puzzle to a potential 100-plus game winning team that was practically steamrolling the competition.  Jimmy Key, the certified ace of the staff, was on pace to win 24 games. Paul O’Neill was also realizing the potential that Stick saw in him, batting a league-leading .359. They had the best record in the AL, and second best in all baseball. Fans, casual and razed alike, were prepping to see New York favorite Donnie Baseball in his very first post-season series of his storied career.

And then this s*** happened…

Baseball came to a complete standstill with the players’ strike. Gone were the post-season aspirations for Mattingly and the Yanks. Gone was the trust and interest in baseball in general; the local teams having scuffled in the early 90s. Gone was a chance to join their brethren NY pros in basketball and hockey to host championship series in the same year, with the Rangers finally getting the Stanley Cup after years of struggles and almost-there’s, while the Knicks were a couple of missed foul calls and a Starks-raving mad hoist-a-thon from winning a long-awaited championship of the own.  To the fans, particularly in NY, the players betrayed their trust and their dreams, leaving them with a series of “what-ifs”.  Baseball; emotionally at least, was over…

Ah, there are quite a few names that stand out; Xavier Hernandez, who posted great numbers with Houston in the previous three seasons, but was demoted to middle reliever during his lone season with the Yanks; Terry Mulholland, who was the definition of a journeyman pitcher during his 11-team odyssey through the major leagues (and connoisseur of the pick-off move); Bobby Ojeda, one of the many anti-heroes of the 1986 Champion Mets, who the year before survived a tragic boating accident that claimed the lives of two of his teammates on the Cleveland Indians; Jeff Reardon, who had claimed the title of All-Time saves leader against the Yanks in 1992, up-and-coming rookie 3B Russ Davis; Kevin Elster (another survivor of the 86 Mets team, who was recently out of baseball after a second shoulder surgery and contemplating retirement); Daryl Boston, the former White Sox and Mets (post-championship) outfielder who seemed to always bedevil the Yanks in particular throughout the 80s, and the return of Luis Polonia from NY baseball pariah status, likely due to his solid ability to get on base. Future MLB manager Bob Melvin also made a cameo appearance on the roster. Of all of those players, Davis, Elster and Polonia would make it to 1995, though none of them would reach the end of that season.  Polonia, in fact, is the only new player on the 1994 team who would actually experience a championship with the Yanks after a late-season trade in 2000.

Might I bring your attention to the rookie shortstop, Robert Eenhoorn. Who? Really dyed-in-blue-and-pinstripes Yankee fans would know Mr. Eenhoorn; the Dutch-born infielder was a phenom playing in the highest league of professional baseball in the Netherlands at age 16. Six years later, the Yanks drafted him out of Davidson College in North Carolina and began in 1990 by tearing up the NY-Penn League on his way to being named the top prospect in the league. His next few seasons however, were up-and-down; batting well over .300 across two Class-A teams, but struggling in AA, after which he lost his blue-chipper status. However, he would advance to Triple-A for 1994 and was a late-season call-up that year before the strike ended the season prematurely.  The next season; his last with the Yankees, Eenhoorn would become the answer to the trivia question favorite, “who was the last starter at shortstop before Derek Jeter?”

For what it’s worth, however, he was a good player in his heyday, and he went on to manage and serve as technical advisor (general manager) with several Dutch national teams, including the one that won the 2011 World Baseball Cup, earning him knighthood. So, he’s more than just a footnote in Yankee lore >;)

Good-bye, Stankie, goodbye Domingo Jean. Goodbye Spike Owen, hello… Sam Horn??? Yeah, that happened.  Kevin Maas was released by the Yanks during the offseason, but he would return on a minors contract in 1995 before signing with Minnesota for a little while , then Korea and then across three different organizations in their minors before calling it a career.  Reardon and Ojeda were signed as free agents, but were released in early May. Assenmacher gave way to Brian Boehringer from the White Sox. And Greg A. Harris, the switch-pitcher of the Yanks before there was a Pat Vindette, only stuck around for less than two weeks before he was summarily dismissed. Thus was the increasingly micromanaging angst of Buck Showalter, who managed to bring the team to the brink of glory that had been missing since 1981, only for the rug to be pulled out from under him, the Yankees, all of baseball and most importantly, the fans. With all the controversies, ineptitude and general infighting in the sport, it seemed at that point we’d all had enough…

…although if there was one good thing to say about it, it’s that Michael Jordan was forced to realize he was not a top-notch baseball player, so he went back to what he knew… three-peats!

Wow, I completely misremember the Polonia incident. I thought the Yankees caught him sneaking the 15 y.o. into the hotel room, that nothing actually happened and he was quickly traded away.

1994, I was a junior in college, a very liberal-arts place with not many sports fans except a few of us from NYC. Caught as many games as we could on tv (this was upstate NY) plus the beginning of the NBA playoffs. Then the weekend of June 17th I went down to DC to visit my sister, who had recently had a baby. We're watching the NBA Finals and chatting when suddenly the TV goes split screen to some white truck moving down a LA highway..a white Bronco...

Didn't one of the NY rags run a big headline "Stankie is no Yankee" or some such when he was traded?

I've always felt the Michael Jordan episode had an effect on baseball that people have underestimated.

The way I remember it -- which is completely fallible -- the zeitgeist in the early 90s was that football and especially basketball were the sports to watch, with their speed and visible athleticism. And that baseball was too slow and boring for a new generation, etc. (I didn't say I felt that way.)

Then all of a sudden the World's Greatest Athlete (TM) tries baseball and finds... that it's too hard for him.

I think that opened a lot of kids' eyes to the fact that there actually was something worthwhile in this 19th-century sport of pregnant silences and doubleknit pants.

[4] That and the juiced balls that started flying all over later in the decade after anphetamines were officially banned. “Chicks dig the long ball” was the thing to bring people back to the game. With the Yanks, some players were not averse to being goofy in commercials; remember David Cone trying to imitate El Duque at a night club after his high leg windup became a dance craze? Or how Visa goofed on the generation gap tiff that George had with Jeter over partying too much, showing George lecturing him in his office and asking if he’d been partying for two days straight during the post season, then a cut to reveal Jeter wearing a tux he was about to go partying in responding with a firm “No”... It all helped a little...

[5] I'd say they're both true and call it a "yes-and." It wasn't a matter of claiming only one factor mattered. Remember two years passed between Jordan's baseball experiment and Brady Anderson posting outlier longball totals that started raising eyebrows.

My favorite of the "Ansky" spots may have been the least-aired:

Not a good outing for Cessa.

Huh, Singleton is retiring after this year. Always liked him.