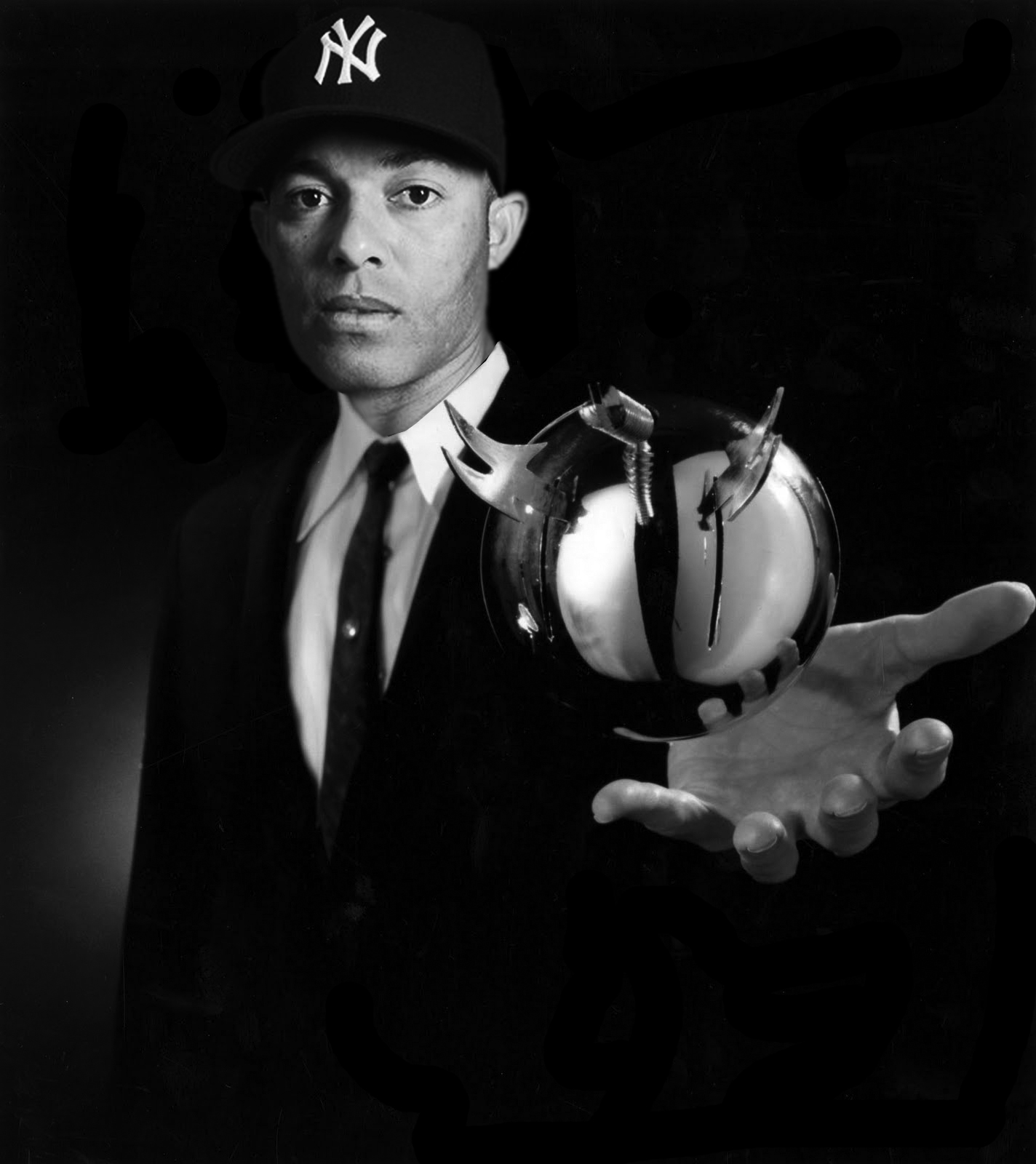 A piece I photoshopped together back in 2013 for “Serious Consideration!“. I dare say this is a good moment to bring it back out for people to see…

This was, believe it or not, a seminal moment in baseball; a crossroads for everyone involved. From players to owners to fans and the media all, this was the time to decide if the way we honor the people we often consider heroes had merit in itself.

And to be totally frank, I think the answer saved more than just baseball from itself.

Could you imagine the outrage, the utter frustration and perhaps final resignation from the realization that there would always be that one person who, for reasons either predictable or inexplicable, decided to not vote for Mariano Rivera.  Anyone reading this, please tell me that you fully believed that the writers entrusted with the task of selecting the new entries to the Baseball Hall of Fame (which by name and by dynamic carries almost a mysticism of grandeur and worldly accomplishment) would actually act in accord with one another to vote for the undisputed greatest reliever of all time to enter this cadre of baseball greatness… unanimously??

Questions, plenty of them if you have the time, but not really.  I care not for the arguments this obviously opens; why NOT Babe Ruth, Ted Williams, Mike Schmidt, Ken Griffey Jr, et al… why were they not given the honor of total agreement by the fickle and oblique judges of such honors? We know the answer, and by knowing that answer we were hostage to the possibility of what could easily be described by most as recklessness at the least.  The worst of human nature flashed curiously through some minds; what would be the excuse, the agenda, the agonizing self-aggrandizement that would crush its employer to earthly oblivion, ironically in a plane dominated by cyberspace?

I don’t care about that.  I only care right now that this one man, who was universally loved and/or respected by anyone within earshot of his name, with casual interest or platonic worship, had finally broken through to an entire subset who, whether on pain of personal loss or with genuine gumption, parted for Moses and held the gates wide open.

A couple of years ago, my girlfriend-now-wife were driving through New Rochelle, NY which is actually within walking distance of where I live, and we came to a light at an intersection. In front of us, a man ambled somewhat slowly across the street, looking down along his path as though he was organizing his thoughts about either something he had just done or was about to do. He wore a collared white shirt with one button undone at the top and pleated slacks. He was slightly balding from the back and his gait was a little stiff, as though he had been sitting in a pew for more time than he’d realized.  I stared blankly, as he crossed the street in front of us towards the gas station, wondering if this was one of those moments…

“Is that who I think it is?” I said slowly to Lyne, “who does that look like to you?” Lyne was and is a casual baseball fan; I’ve taken her to Yankee games when I was given tickets by friends or people I’ve worked for in the past, and though she was excited by the experiences, her interest remained largely casual beyond beyond certain players.  Certain players… “Who is that… I know him… wait, are you sure it’s him?” I pondered for a split second whether to honk my horn and hope that he knew why we were honking, jump out of the car and chase him to the gas station store and thank him profusely for his career or just leave the man alone to his thoughts and respect him as a fellow human being. I chose the latter. The light turned green and I kept driving, thinking about any and everything, and hoping that he was at least having a nice day.

You see, that’s the thing about Mariano Rivera. For all I know, he is one of the nicest people I’ve ever seen play pro baseball.  Sure, he’s an ordained minister with a church somewhere nearby, and he was revered by millions of fans and respected by millions more. And you better believe he confounded, frustrated and utterly infuriated opposing batters, teams and their fans in game situations that meant do or die for their varied aspirations.  But I never heard one person utter a cross word about him as a person, as a human being. Mo was the antithesis of the admonishment by Charles Barkley so many years ago.  His victories were ours, his pride in a job well done was our pride.  His glare was the glare of many. His focus was legion. The moments of shock, when the fabric of time in space was torn and he did the unthinkable: fail… that was felt and carried by many.  The way he shifted minds, moods and destinies with such fluidity and attentiveness; such a solid state of grace and accomplishment was lifeblood and fountainous youth for any Yankee fan.  “Exit light… enter night!” was clarion and carrier of emotions; the entitled and the marginalized, the wealthy and the poor, the casual and livid; all came to witness the ninth inning  as if it were an address by a world dignitary, an execution or a sermon from some high mount. I could not control myself when it introduced him for the last time as the closer of the New York Yankees.

Unreal, yet Real.  That’s the only way anyone can describe this moment in baseball history. It is only proper that it is connected with a player who fits that description.  Hyperbole?  Sure, why not; don’t we have rare moments that deserve some? I think we can all agree on that. 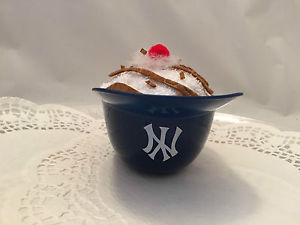 Yeah, this pretty much had to happen; Yanks sign native Noo Yawka Adam Ottavino to a 3yrs/$27mil.  Cool… so…

Tell us how you REALLY feel in regards to the report that the White Sox offered Manny Faces a 7yr/$175 mil contract; not to mention his agent essentially going apeshet over it. Did it happen? Was it gamesmanship or something nefarious? What does it say about the state of baseball today, particularly in regards to the hard and blatant disconnect that exists fans’ expectations and baseball’s actions? Show your math >;) 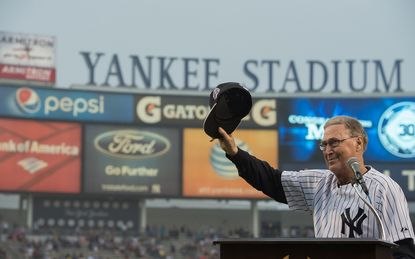 Where Have You Gone, David Robertson? 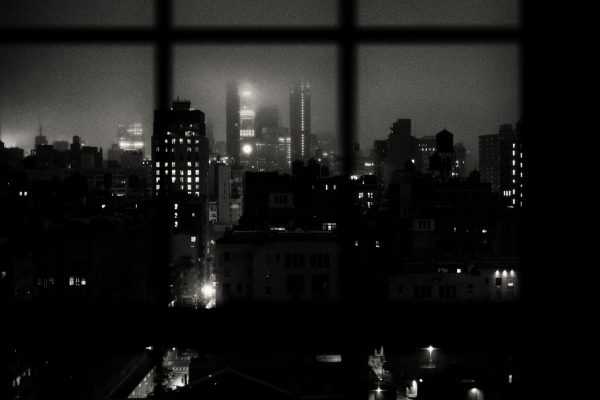 Man, you gotta hope ol’ David Robertson somehow finds his way back to the Bronx before he hangs ’em up. He’s been a terrific Yankee. But now he’s a Philadelphia Phillie and the Yanks just paid up to secure the services of Zach Britton, he of the hard, money-earnin’ sinker.

There’s more to do, of course, but the days are starting to get longer and you can almost smell the first hints of the season to come.