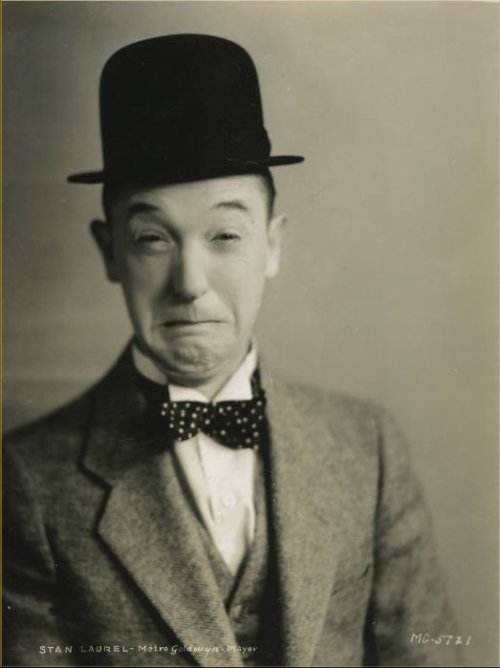 Welp, our boys picked a hell of time to have one of their sloppiest games of the year. Now the missed chances in Game 2 and Game 3 hurt even more. C.C. Sabathia limped off the mound last night too hurt to pitch anymore, his career over. It was a long, somber moment. Even the Astros gave him a hand and it didn’t seem condescending. Then the Yanks kept making more errors and just looked terrible on a cold and windy night in the Bronx.

So never mind the tears:

Slay the dragon once and for all at home. Go to houston and see what happens. Let's. Go. Yankees!

Headed to the Stadium tonight. Going to have some dinner at Flavas, a Carribean spot on Gerard Ave and then head over to Vega Alta for a beer or two beforehand-- only low key place around. Will be a nice cool and crisp night to watch the game. Hope we can send it to Houston! Fans deserve a win at home.

Let me get this out of the way so I can be (I hope) positive as tonight's blank scorecard fills in before us:

Last night was "suck." The team on the field last night wasn't one that deserved to advance to the Serious.

Okay, off my chest. Unleash the savages!

There will be baseball in the Bronx tonight! Stanton batting cleanup. Let’s fuck Fucklander up. It’s about time.

Win today. Beat their bullpen game in Houston. Anything can happen in Game 7.

So, I see we still suck

Just hand them the pennant

Need a strikeout. Against a batter that rarely strikes out

If that was our batter, he’d have fouled out to 3rd on the first or second pitch.

Of course, our lefty walks their lefty.

Oh, just FUCK OFF WITH THIS START, MODAMMIT.

This is embarrassing. I’m going to get another beer..

That was a loud and scary out.

(13) The craft beer stock at the local store here was mighty impressive. May lead to drunk posting at some point on the Banter..

Welcome home, Jazz! And, yes, I agree with cult on the porter. I just sat down to dinner and am having a root beer. Think I’ll have some local ESB later.

22 pitches. Hey, we were winning 1-0 in the 1st yesterday and look what happened. Let’s reverse that tonight!

My jinx. Apparently walking the dog when the Astros are hitting leads to scoring too.

THE POWER OF OONTZ COMPELS YOU!!!

THAT’S WHAT IM FUCKING TALKING ABOUT!!!

Keep it fucking going! Do not fucking let up!

Plate them fucking BOTH!!

Uh, should Judge have scored on that?

So anyone foresee Stanton whiffing?

Terrible. Both of those pitches were too high

That was right down the middle

What a fucking waste

Have to plate at least one more here.

I have no more voice!

(I was about 30 seconds behind)

I love when Hicks drops the bat!

Of course Gary strikes out

A good thing Hicks came through, because bookended by Stanton and Sanchez, he's going to have to.

Knock Fucklander out early and fuck their bullpen for tomorrow

I'm going to start calling Stanton and Sanchez "The Fuckall Twins", because that's what they're worth when it matters: Fuck. All.

Not what I had in mind. Paxton seems to have such a sad look on his face all the time

Strike him out, then a quick DP

Put him away already

[56] LOL ... I was just thinking about his eyes and the look he has on his face when he's staring in towards the catcher ... I see the "sad" you see, but I was thinking more along the line of dead-serial-killer eyes.

There it is again!

[60] What's the beer scene like in Japan, OK? Are there craft breweries at all? What kind of import selection (if any)?

Don't fuck this up, Paxton!

[66] I think it’s mostly light beers. I haven’t liked any, but of course I don’t know what’s there.

Cult, I thought Canadians were all jolly, down to earth types?
My brother in law just handed me some beer called Flying Dog Raging Bitch...I thought I’d just have some Genesee Cream Ale while here? Been a long while since watched a Yankee game live with some brews

Too many pitches, but striking out the side is good.

I think a few more runs are in order.

Big Maple!!! Strikes out the side. Walking back to the dugout like a robot. I like it.

I can't believe Verlander hasn't given up 4 runs in an inning in 2 years. That is crazy.

[66] Hundreds of small breweries now after the law changed! Google an article in the Japan Times about the scene

[71] Flying Dog is generally very good. I’m not familiar with that one though. I think they might be from Colorado. I can check my bottle stash, but they’re not easy to get to anymore...

Flying Dog is the one with the Ralph Steadman labels, right?

Author Hunter S. Thompson lived a few blocks from George Stranahan's Flying Dog Ranch in Colorado. The two became good friends over common interests in drinking and firearms. In 1990, Thompson introduced Stranahan to Ralph Steadman, who went on to create original artwork for Flying Dog's beer labels in 1995. His first label artwork was for the Road Dog Porter, a beer inspired and blessed by Thompson who wrote a short essay about it titled "Ale According to Hunter".[18] In 2005, the brewery created a new beer in Thompson's honor, Gonzo Imperial Porter. Initially in limited-release in 750mL bottles, the Gonzo Imperial Porter is now one of the regular offerings of the brewery.
Labels and artwork
Label of Flying Dog's "Flying Dog Classic Pale Ale"

Flying Dog Brewery is noted for using the unusual art of Ralph Steadman, best known as the illustrator of the works of Hunter S. Thompson, on its labels. His Flying Dog artwork typically consists of strange, twisted imaginations of dogs with wings, featuring a vast array of bright and vibrant colors.

In October 2013, in honor of the relationship between Ralph Steadman and Hunter S. Thompson, Flying Dog Brewery created an exhibition titled "The Gonzo Collection", featuring reinterpretations and responses to Steadman's work by several notable international artists, including Bob Dob, Nathan Spoor, Justin Bua, Michael Owen, Nanami Cowdry, and Tatiana Suarez. In regards to the month-long exhibit, Flying Dog CEO stated, "Ralph is one of the true artists in the world. He is also a principled, loving, generous human being. To pay tribute to him by furthering his impact in the art world is only appropriate."[19]

[83] Corning. Family gathering here, my dad is from upstate originally

Flying Dog is also the name of the second solo album by guitar god Paul Gilbert. I thought of him earlier in the game when they gave bio info on Paxton, as they share the same birthday. Then, flying dog was mentioned here. Crazy!

That’s the kind of short shut down inning we need from Paxton. Right fucking now.

[83] was trying to find some Schaefer or Iron City but they don’t seem to sell those anymore..!

He put some maple syrup on that one!

Atta boy, DJ! Put a tent on that circus!

[94] Man that be great but I’m half in the bag already and ostensibly supposed to be hanging with relatives! Thankfully this is Yankee country so many of the folks here with me watching the game

[100] Uncle talking about seeing Mickey Mantle in 1960 on tv. ‘A real ball player, not like these young guys today who just strike out all the time’ :)

[98] screw it, go hang with just fair! I *love* it when I get to hang with fellow banterers!

Has Verlander beer been taken out of a game mid-inning vs. Yanks? I doubt it. He's still going 7 tonight.

I can't imagine what the wife would stay after my proclamation of, I'm going to Geneseo to hang with Mr OK Jazz Tokyo from the Bronx Banter. Lol.... : )

[105] my wife loves that stuff! We took Shaun P out for dinner and drinks this summer and I gave him a tour of my home and studio : )

I still really wanna set up a Bronx Banter night at The Stadium! Next season, perhaps?

[105] Hahaha same, man. ‘So you flew all the way here to
get drunk watching baseball with internet friends?’
Party is at 1pm tomorrow thankfully so no need to worry about this evenings craft beer explorations

[109] hard YES to that question! Absolutely.

[107] thass cool. She frequently asks when I'm typing away if I'm talking with my baseball frinds. She is aware of the BB.

Good looking swing for Hicks. Glad he is back.

Are they going to start Romine at all? I figured with 4 straight games, he would get a start.

Gary's at bats are a waste of everyone's time and energy.

This lineup is 4 deep so might as well play them in order say...

That line would probably hit and field better.

Walks are no Fucking bueno.

Lost him. Speed on the bases. Not a clean inning. And another ball outside...

Sigh, I guess 5 innings is fine.

Not great, but fine.

I don’t want Tommy Tightpants coming in with traffic on the basepaths.

Jazz - are you familiar with the Andrew Hill album on Blue Note Records called Pax?

thealarmis, too bad CC got hurt. I would give him a bat.

Nice. Send him out to start the 6th, or give Tommy a clean frame?

Got to hand it to Mr. Paxton. Now would the real Savages please stand up.

thelarmis, don’t know that one. Has it been reissued?

[136] If we get double digits in runs, send Paxton back out.

Pax has been good though. He’s at 97 pitches, but seems strong. Lotsa bullpen usesge and still a lot of game left...

Verlander looks strong. Glad we got to him In the first.

There's no point watching these at bats. Jesus Fucking christ!

thealarmis, I'd take a bat but I may just contribute to an imaculate inning. My glove is better though, probably better than Sanchez, but that's not saying much.

[150] ok, you can be our defensive replacement!

Don’t take him out

9-hole hitter. Struck him out twice.

I dunno, Paxton's pitch count is also largely a result of his throwing 1/3rd of his pitches nowhere close to the strikezone.

But nice K there.

AND Boone-y leaves him in!

“I’m good.” What else is Paxton going to say.

Phew! Tommy for the seventh.

Why swing at that?

Please get that damn DP now

Uh,oh, Terror Tot at the plate.

This game is going to be tied in no time.

I hope Britton knows where it's going.

Call me crazy, but I would have had Pax start the 7th. He was ON tonight. No guarantee you get that from the BP.

Their worst hitter almost hit a homer. You would be playing with fire.

This is not going to end well.
Shite!

Biggest moment of the game

How long is Verlander going? He will not be pitching again in the series.

Shouldn’t be an appeal. Wasn’t close.

Last pitches for both pitchers caught against the wall.

First I thought it was going to be an out, then I dared to hope it was out ... then it was an out.

I think Verlander is done. Props.

We need some Geico runs. Chapman hasn’t pitched in awhile

Judge looked at it right down the middle

So, their appeal is safe? Fuck you

Three! And only 9 pitches for AC.

Beautiful game. I was trying some new juju by staying off the Banter.
Only one concern. No tack-on runs.