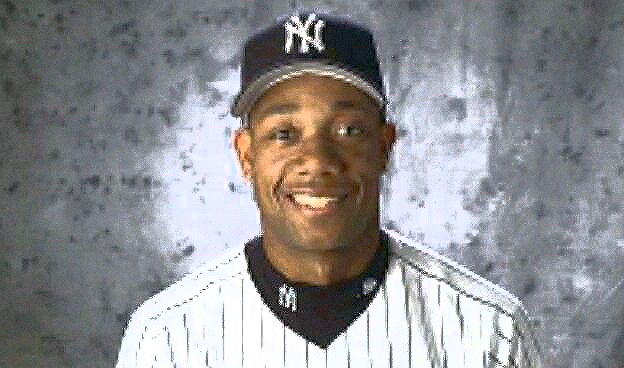 “They talk about Bernie being the bridge between old and new; but Gerald was there, too. Even though he was more of a natural ballplayer than Bernie, Bernie was the one who ended up being the better overall player and having the longer career.  But Gerald has a place in our hearts forever.”   – Alex Belth

He was the man who shepherded one of the greatest homegrown Yankees of all time, no small feat in our modern times.  Ironically, he was not around to share the glory of the Yankees’ most recent dynasty beyond its inception, and returned at the tail end after the winning was done.  Yet he was a fan favorite throughout, and no matter where he was playing, we always seemed to be waiting for him to come home.

Rest In Power, Old Friend. We’ll be talking more about you in a New York minute…

Cancer sucks. I didn't know he and Jeter were still close, but I am glad they were. RIP.

And now Jeremy Giambi too.

All he had to do was slide
RIP again.

But boy, could he track down anything that wanted to fall on grass.

*Was classy of them to give him a '96 ring after trading him late in the season. Plus I can't complain about having gotten Graeme Lloyd in return. But it must have hurt for Gerald to watch the WS that year.