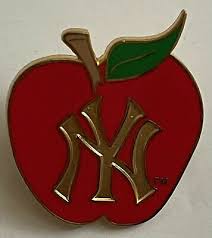 After a rough start (*ahem*), the Yankees engine suddenly took off like a Ferrari in a Formula One Grand Prix as they reeled off 11-straight wins against middling and tough competition.  Even if their streak was broken right after, their starters have been quite a revelation of late, particular “Nasty Nestor” Cortes with the pronstache holding the Jays to two runs in four innings, which at this point would qualify as an off-night for him (four walks, three Ks), but hey: this season might actually be something to be into, huh?

Let’s have a few more of these long win-streak thingies why not… and how’bout tossing Boone a few more times for good luck?

I've been kind of immersed in the NBA playoffs in my usual tv viewing time but have kept an eye on the Yankees. Much better start than coudl have expected given the vortex of 'offense' at the bottom of the lineup. Let's hope they keep it up!

[1] It is not un-fun to watch an eleven-game winning streak.

And what I maybe loved most of all was watching Nestor last night. Struggled mightily yet still managed to keep us in the game, allowing only the two runs.

Reminded me very very much of another certain southpaw we used to know and love.

Its true, a lot of things are more fun when the team is cruising at .730. Losses like yesterday's are so forgivable. (I'm keeping half an eye on the Red Sox, who find a few different absolutely excruciating ways to lose every week.)
Nestor is very lovable. The apples don't hoit.

Dang, no game this evening. And I can't even fall back on watching the Sox suffer, because they already got destroyed this afternoon! (Bullpen coughed up 8 runs and they got shutout by Ohtani.)

No game tonight = no egregiously horrible (and MLB sanctioned) called strikes. So there’s that…

[5] Funny, it was always annoying, but it got waaaaaaaay more annoying when technology showed us with certainty and immediately that the calls were wrong.

[7] I like to think that technology raised the stakes; before when there were calls so bad the whole stadium could see it and boo, the umpires and baseball could just shrug it off and say that's the nature of the game, but now with evidence of how off the calls are and the looming aspect of a digitized strike zone coming soon, the pressure is on the umps to get it right "or else". Not that it stops the worst offenders obviously, but it sure justifies minimizing their negative impact in particular.

[9] Hm, interesting.
Also, I guess I had never realized how bad they are at calling balls and strikes. Or maybe I should say: how hard it is to get it right. (Just to try to be fair.) Most of them are below 90%! That's really bad, I thought they just missed a few calls each game. Really it's a few each inning.

Yeah, but we already have someone here to do that for us >;)

Will it ever stop raining?

No more water... the fire next time!

That was a rather uninspiring lead-off at bat from Hix.

Back to horrible calls! That was a check swing? Sure.

Anyone know where I can actually find the game? Not on YES right now...

Never mind, found it. (Jesus, they don't make this easy.)

This game should easily be ours.

He was safe at first methinks. Terrible base running by Stanton. Holy Shite!

That was a gorgeous piece of hitting by Rizzo.

Seems to me Stanton pulls off of a lot of pitches. I don't know how he can reach outside pitches (and I guess he can't).

Michael Kay is such a tool. A beautiful bunt? Why's that?

(Still nowhere near as embarrassing as Sterling.)

I guess that wasn't a play. DJ was bunting for a hit.

[31] DJ sends a beautiful bunt that is trickling down the chalk of the third base line, fielded by the SS and LeMahieu beats the throw by a mile............He's out. I guess the ump called him out. ; )
-with all due respect to Mr.Sterling.
You done fucked up your win, Cole.

"I guess the ump called him out." Spot fucking on.

It always bugs me when they say "perfect bunt" when they get out. I guess it could be a perfect sacrifice bunt, but even then, is it really perfect if you get an out?

All right, as long as we're ragging on Kay...

I hate how he thinks he knows the inner life of each and every player in the world:

"Cole's going to be turning over that pitch in his head all night..."

I mean, maybe he is and maybe he isn't! Some guys clearly perseverate on such things but I'm not convinced everyone does. Maybe Cole will go out to dinner tonight with some friends and drink wine and discuss Sartre.

Kay doesn't know what will and will not go through these guys' minds at 3 in the morning.

Hicks just looks terrible up there.

Have I mentioned that I hate plays?

Okay let's get another one!

Star shortstop Trevor Story's six-year, $140 million contract with the Red Sox was a critical move for Boston to keep pace with the defending American League East champion Rays and the retooled Blue Jays.

There's always some Schadenfreude in order for a Red Sox disaster, but it's much more savory when Sports Illustrated mentioned only the Rays and Jays as teams the Sox had to keep pace with.

.091 is really not a good slugging percentage. We might even go out on a limb and say it's double-plus ungood.

[48] I love it when you talk dirty!
I lived most of my adult life in NH, so I understand living in enemy territory.

That kind of play I'm okay with. Two-run homers. (Or Earl Weaver's favorites, the three-run kind.)

Hard to sweep a DH. Especially when you only score four runs

Oh good, Nasty is on the mound.

Quick top of the first

Texas's pitching is not good. Our offense is a bit pathetic.

Shut up, Kay. Far too soon.

Josh has to be a slow runner.

How about some runs, Yankees.

Aw rats. But you can take him out now.

Amazing. I can't say the Yankees are playing well.... and yet...

Cripes these early games. I just went to check to see what time the game was...

I still can't figure out how Cortes does it. How does he fool Major League batters at a rate nobody else on staff can match?

Also, when I watch, the Yanks don't seem to be hitting well. (As OYF says, a bit pathetic.) But they have the highest slugging percentage in baseball, and they're second in OPS (behind the Rockies, who maybe shouldn't count).

5 runs in 3 games and win 2, I will take it. It does seem like there have been a lot of shutouts this year.

[77] Evening, Weeping! (Or, 'Good morning' from Wed 0830 JPN time)
The Mayor is in the booth? Really don't know much about him, first pitch looked good though.
Big series again against the Jays, what's the forecast?

[78] Morning, friend!
Yeah, he is. He threw out the first pitch. But too much yukking it up, there's a game on.

This is a Fucking shit show start from Sevi. 50 pitches into the 2nd. No outs. Oi!

[80] I mean, isn't this exactly what one would expect on ten days rest (or whatever it is)?

[80/81] Whose season schedule is odd now with the late start + rain outs?
Mets seem to be much improved, could we have a Subway Series this year?

[85] Still kind of wish there was a Buck reunion in the Bronx, though Boone-y hasn't been terrible this season. But in the playoffs? Huge advantage to the Metropolitans..

God, this is painful.

[89] 'Painful' is relative? Heat - Sixers game on in the background here and announcer said 'Music royalty in the crowd tonight, it's DJ Khaled!' Painful for so many reasons, including the fact that I've reached snobby-old man music geek stage..certainly a lot better musicians to be found in Miami!

You go on with your bad self!

Why do the Yankees have to face Cy Young practically every night?

I on the other hand have been watching as much playoff hockey as possible. Watching leafs and bruins lose tonight is more entertaining than this b.s. How many terrible swings does His average a game. Yeesh.

[94] I got to have love for Kikuchi-san, but not against the Yankees.
Also I'll always ride with Higashioka but man..guy isn't a major league hitter at all.

Stanton with the 'monster' tater!

Aw shoot, had to give the terrorists their last walk of the day, fif I miss the Yankees offense finally waking up?

Terrible job by the umpires as usual. Seriously. Give him a warning ffs.

How could Garcia get ejected for that?

What the hell with the umps there? Way too quick trigger

If the Yankeee bench did not react they way they did, no ejections. They lobbied for it.

This is fun baseball from where I sit.
Acrimony and playoff esque atmosphere in May? I’ll take it.

[111] there is a special pleasure in dialing up a makeup game on the second monitor on a Monday and watching Nasty deal for 7-8 frames.
I am meeting this team where it is and planning to enjoy the ride.

What an unbelievable win!!!

Dammit, work interfered and I missed a walk-off?
In other news: Aaron Judge is making himself an extra $50 million by not taking the first Yankee offer?

I saw this game from the 6th inning and was not disappointed. Wow.
You couldn't have written a better story.

[121] He's amazing.
The NY Times (international version today) has a feature on Byron Buxton with the headline in quotes "Best player in the world." Proving once again that the Times sports department, or whatever's left of it has totally lost the plot.

[123] Many of their departments have lost the plot as (comment blocked due to Banter rule violation).

Well this isn’t a good way to start.

Only one run, I’ll take it

Nice nap. Nice to wake up to a three run lead.

OK and Boat: Are you guys in Japan?... China? Where are you watching from? I am in Mexico, 60 miles south of Cancun. Some Banterers should come down and visit me, This is a mucho cool area.

Shoot, did I miss a rally while walking the terrorists?