Down and Out on the Beach

Here is part two and three of Pat Jordan’s spring break piece for Deadspin (and here’s part one):

It was almost 2 a.m. now, and I decided to go back to the hotel to get some sleep so I’d be sharp for the wet t-shirt contest the following afternoon. I walked back toward the hotel and passed Molly Brown’s Ladies. I asked the guy at the door if they had any kids in there, figuring a strip club was too expensive a proposition for college kids. “Yeah, we got a lot,” he said. I smiled and said, “You got any age-appropriate chicks for me? Maybe 65, 68, but without aluminum walkers?” He did not laugh. I decided, what the hell, might as well go in, but he stopped me. “I don’t want you in here,” he said. I flashed him my Gawker/Deadspin letter, but it did no good. I let it drop and walked back toward my hotel, with two thoughts: No one will let me in anywhere, and kids on Spring Break today are different from the kids in Fort Lauderdale in the ’80s. The Lauderdale kids had no money and slept in their vans. These kids stay in hotels, go to strip clubs and nightclubs and bars that are expensive. The Lauderdale kids ate at McDonald’s, and if they were lucky enough to have the cash, they stayed 10 kids to a hotel room, which they destroyed. It’s the times. There’s no free lunch anymore. Only kids with cash and plastic get to play.

What You Lookin' at Old Man?

Mr. Jordan goes to Spring Break for Deadspin (Part One):

So, the boys at Deadspin had this idea. Brilliant, really. Hilarious. They were sitting around the office one night, throwing out story ideas, coming up with nothing, getting frustrated, or maybe there isn’t actually a Deadspin office, and they really are just a bunch of guys hunched over their computers in the darkened basements of their mother’s houses, surrounded by boxes of cold pizza crusts and empty beer cans, emailing each other with one idea after another when one of them came up with this truly brilliant idea after having seen Jeff Bridges in “Crazy Heart” too many times. “Let’s throw the Old Man at Spring Break!” The Old Man with his white beard, threadbare thrift-stop Hawaiian shirt with the pink flamingos, OP shorts, Publix flip-flops, looking like a Florida derelict wasting away in Margaritaville, smoking his cigar as he tries to chat up some co-eds from Ann Arbor and Iowa City in Froggy’s and Razzle’s and the 509 Lounge with some pitiful, dimly remembered barroom rap that used to work for him 40 years ago, the co-eds thinking he’s a harmless old man, at first, like their grandfathers, until, after enough questions, they begin to think, maybe not so harmless after all, maybe a dirty old pervert actually, and they glance around the bar for a bouncer or a cop, which is why the boys at Deadspin told me, “We’ll have a lawyer on call 24 hours a day in case you need one.”

But what the hell, I’ll do anything for a story, and a check, small as it may be. What did Voltaire say? A friend asked if he’d ever had a homosexual experience. He said, yes, once. The friend said, then you’re a pervert. Voltaire said, no, “Once, a philosopher, twice, a pervert.” Which is why I drove south out of Abbeville, S.C., where I live now, in the up country, on Secession Hill in the Land of Cotton, on March 12, driving over two-lane country roads through Ninety Six and Newberry until I hit I-26 and then I-95 and headed south toward Savannah, Jacksonville, and my Spring Break destination, Daytona Beach. I had rented a white cargo van, stripped of seats in back, like a cave, threw a pillow and mattress on the floor, threw a bottle of Jim Beam Black in my duffel bag, my notebooks, pens and tape recorder in my man bag along with a 9-millimeter CZ 85 semi-automatic pistol with 15 hollow points in the clip and one in the chamber because, as Christian Slater said in True Romance, “It’s better to have a gun and not need it than to need a gun and not have it.” What the hell! I was going to sleep in my van, unless I got rousted by the cops in a motel parking lot at 2 a.m., the cops checking out my CZ, my CWP, then running my ID through their cruiser’s computer, looking for outstanding warrants, priors, coming up with only one — a firearms charge at Fort Lauderdale Airport in the late ’80s, a chickenshit charge, really, but a long story, the third-degree felony knocked down to a misdemeanor, adjudication withheld — and me in the backseat of their cruiser at 2 a.m., my hands cuffed for only the second time in 68 years (OK, third, if you insist on counting that barmaid in my St. Louis hotel room in the ’70s), trying to remember the telephone number of that Deadspin lawyer. 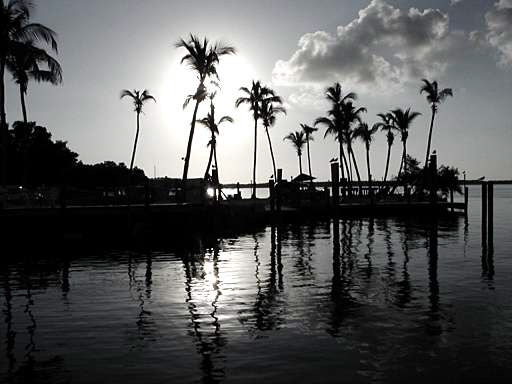 Pat Jordan has a funny story about chasing Jose Canseco for a magazine profile over at Deadspin:

I have been pursuing Jose, like the Holy Grail, for three months now, trying to nail him down for a magazine profile he’d agreed to do in January, partly because, as his lawyer/agent had told me, “Jose’s on the balls on his ass,” and partly because Jose was trying to interest a publisher in his second steroids-tell-all book, which existed only as a two page proposal of typos that had yet to interest any publisher. This second book would be titled “Vindicated,” and it would “encompass approximately 300 pages and will require six months to complete.”

My pursuit of Jose began in January when I called him in California. His girlfriend, Heidi, answered the phone. I told her that I was writing a magazine story about Jose writing a book. “And a movie,” she said. “Jose is writing a book and a movie about himself.” I said, “You mean a screenplay?” She paused a beat, then said, “No, a movie.” I said, “Of course.”

Uh, and nice zinger to end the piece, right? One commentor on Deadspin said you could just skip the entire story and go right to the last line and that pretty much sums it up. Yow.