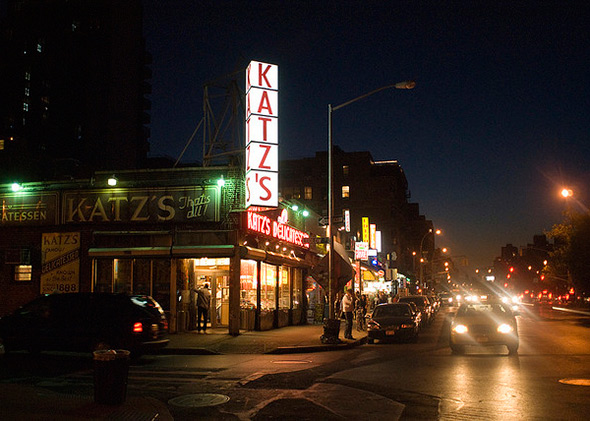 Check out this story at Slate by Jordan Weissmann on how Katz’s stays in business:

The newer generation of artisanal delicatessens that have risen up in recent years—restaurants like Brooklyn’s Mile End Deli and Washington, D.C.’s DGS Delicatessen—are fundamentally different. They serve their own excellent, obsessively sourced variations of house-cured and smoked pastrami (or Montreal-style “smoked meat,” in Mile End’s case). But volume isn’t really part of their equation. Instead, they emphasize profitable alcohol sales and have more varied menus with higher margin main dishes. And crucially, they can pack less meat onto the plate, which would be anathema at an old-school deli like Katz’s.

“Katz’s is super-special. It’s the only thing of its kind in the entire world,” Mile End’s founder, Noah Bernamoff, tells me.

The reason Katz’s was able to live on while its competitors disappeared largely boils down to real estate. As Sax writes in Save the Deli, New York’s delicatessens can basically be divided into two groups: those that rent their buildings and those that own. Famous renters, like the Stage Deli and 2nd Avenue Deli, have closed in the face of rent hikes. Famous owners, like Carnegie and Katz’s, have lived on. (And when 2nd Avenue Deli reopened, it bought a building … on New York’s 3rd Avenue). If Katz’s had to deal with a landlord, it would likely have disappeared or moved long ago. 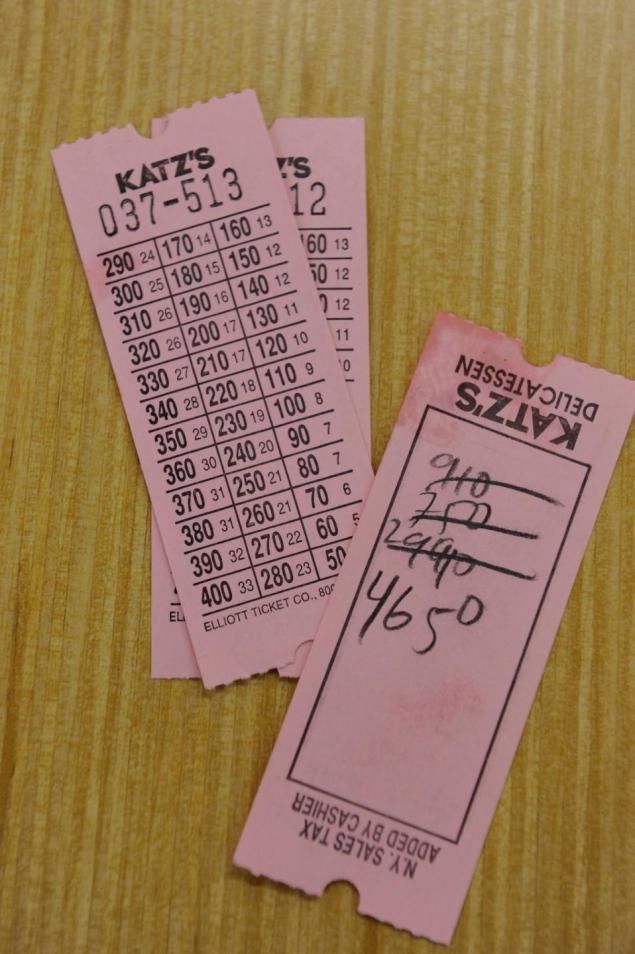 Couple of days ago guy asks me, “What’s the best pastrami in New York.”

I didn’t know if it was a question or a test but I didn’t hesitate. And that’s part of what it means to be a New Yorker, being certain. Now, I could be wrong, and these things are a matter of taste, of course. Mile End makes a tasty sandwich out in Brooklyn. But it is not like Katz’s. And not only is the food tasty but the ambiance is usually just right. Has always been better than Ratners, the Stage or the Carnegie or even the 2nd Ave Deli, rest in peace.

Any other nominees for the best pastrami in town? Get at me. 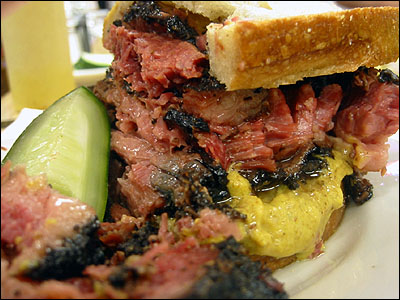 Okay, so this one’s from Katz’s Deli downtown not the Carnegie. They make a better pastrami anyhow, still one of the very few places that slices the pastrami by hand which allows for all the fatty goodness.

Speaking of which, my brother used to go to the 2nd Avenue Deli with my old man all the time. One time, they sat down and dad started in on the complimentary cole slaw. He was a fast talker and a fast eater. He started to choke on the salad just as the waiter arrived. My brother ordered two pastrami sandwiches while the Old Man, eyes wet, face red, downed a glass of water. Before he finished drinking he held up his hand to the waiter. Put the glass down, out-of-breath, and said, “Fatty.”