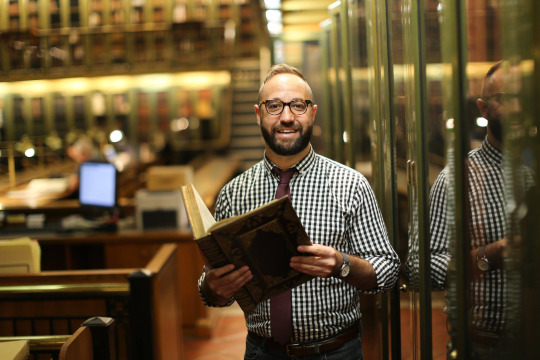 Another sure shot from Humans of New York. 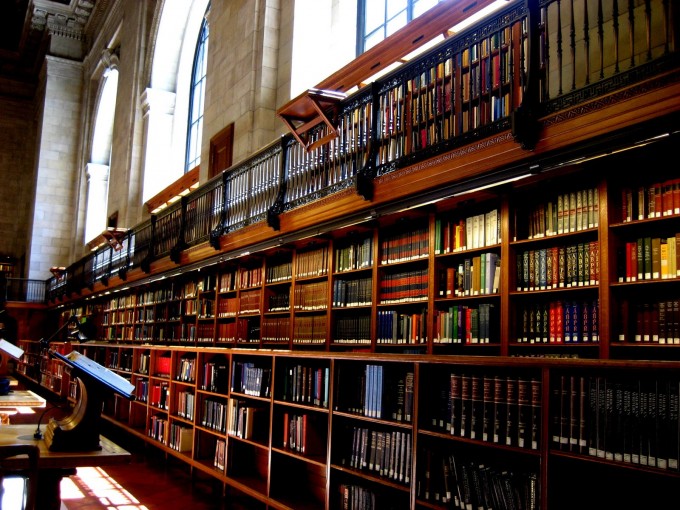 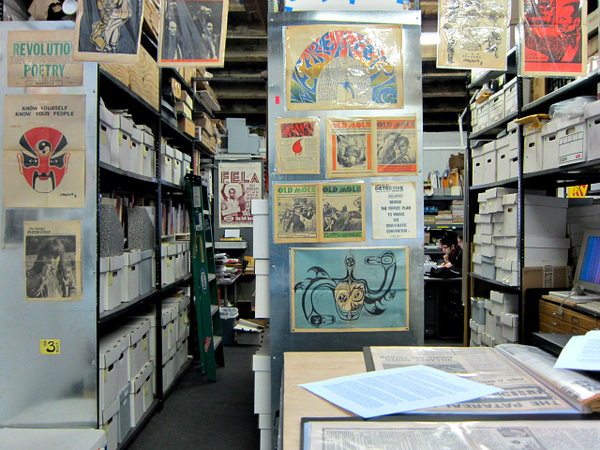 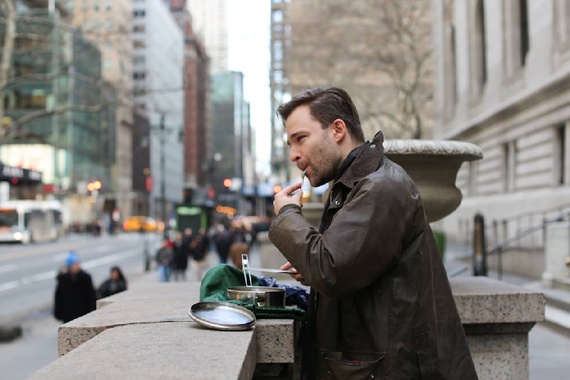 But while book titles can be searched online, the books themselves cannot be downloaded or taken out. They must be read on site, in one of two large rooms: one is somewhat dark and filled with bookshelves and old newspaper clippings; the other has a few computers and the librarians.

The volumes stocked by the library are not the kinds of books most people would consider summer reading — “Financial Problems of the City of New York” is one title — and they also tend to be large and bulky.

“Sometimes they will say, ‘It’s a lot of reading.’ I always say, ‘Well, you know what, I wish I had time to sit and read it. I would love to do it,’” Ms. Bruzzese said. “I think a lot of people, too, are used to electronic things now, they expect to find something on a computer. They see a book this size, and they think, ‘Oh, it’s a lot to read.’”

Below the library are the cavernous storerooms and vaults that contain some of the maps, books, photographs and other items that are part of the Municipal Archives. They document the city’s government and leadership dating back to the unification of the boroughs into New York City in 1898, and back to the first mayor of the city, Thomas Willett, in 1665.

[Photo Via: the Atlantic] 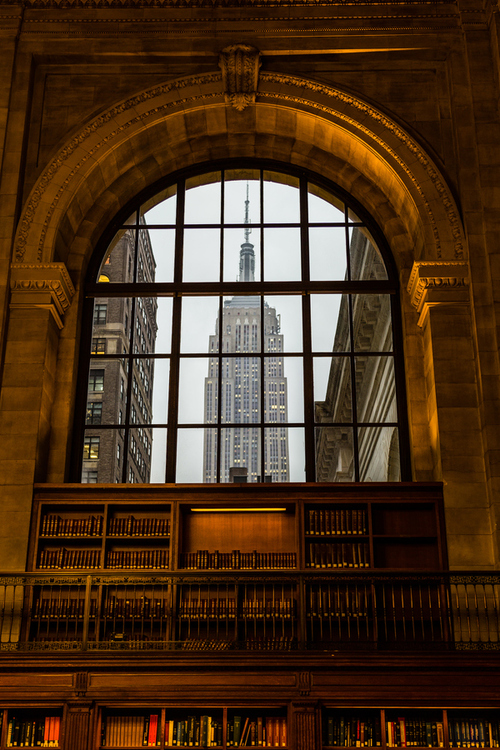 Room with a View.  Shhh.

Picture from Blue Pueblo via the consistently vibrant site, This Isn’t Happiness. 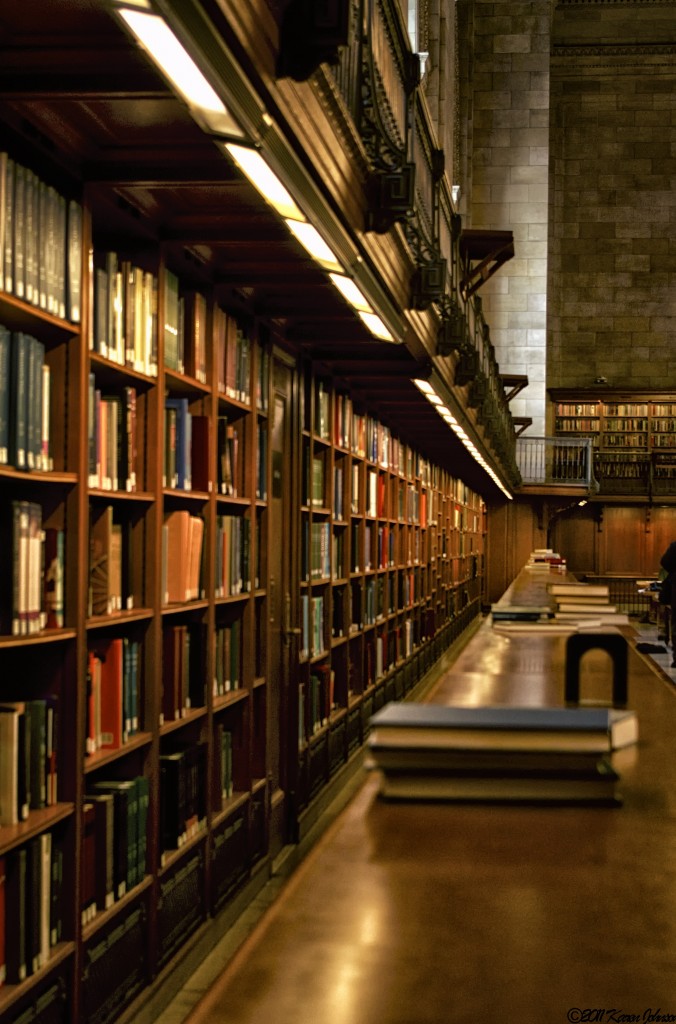 From Jeremiah’s Vanishing New York come links to two piece about the stacks at the New York Public Library. The news is troubling.

Here’s more from the Times. 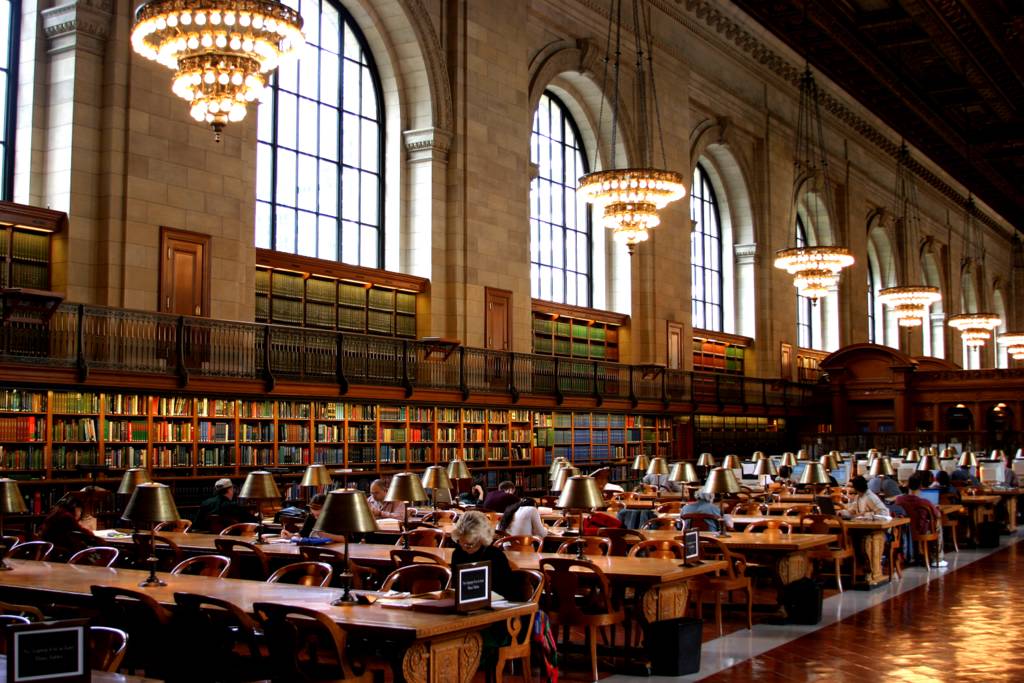 Our pal Mark Lamster on the New York Public Library:

Sometime last year, the New York Public Library (NYPL) retired its pneumatic-tube system, which had been used to request books for more than a century. This change was made without ceremony or fanfare; I learned of it unexpectedly, when I walked into the catalog room prepared to deliver a call slip to a clerk behind a large wooden desk, only to find a notice directing me elsewhere. For a few moments, I stood there, unmoored, before moving along as instructed. That pneumatic call system had changed little since the library’s open-ing in 1911. You still filled out a slip, and you still turned that slip over to a clerk, who would load it into a metal cartridge. With a slurpy shoomp, the cartridge would be driven by air pressure to a station down in the stacks, where another clerk would retrieve your book, which was then sent back up to the call desk by a dumbwaiter. In recent years, this procedure would take about 20 minutes. In decades past, I’m told, it was closer to five.

The passing of a steampunk relic might occasion a fit of nostalgia and no more—in New York, the cycle of life is accelerated, which is perhaps why we are so attentive to our history—but in this case, something greater seemed to be at stake. One could hardly contrive a more blatant metaphor for the uneasy shift, in the world of letters, from the physical to the digital. The very future of the book, and the printed word in general, is uncertain. We’re at a moment of profound change in the way we consume information, and that change is shaping the kinds of information we value. It is also shaping the spaces in which we consume information. How does one even begin to think about designing libraries in a time of rapidly developing technologies and shifting programs? 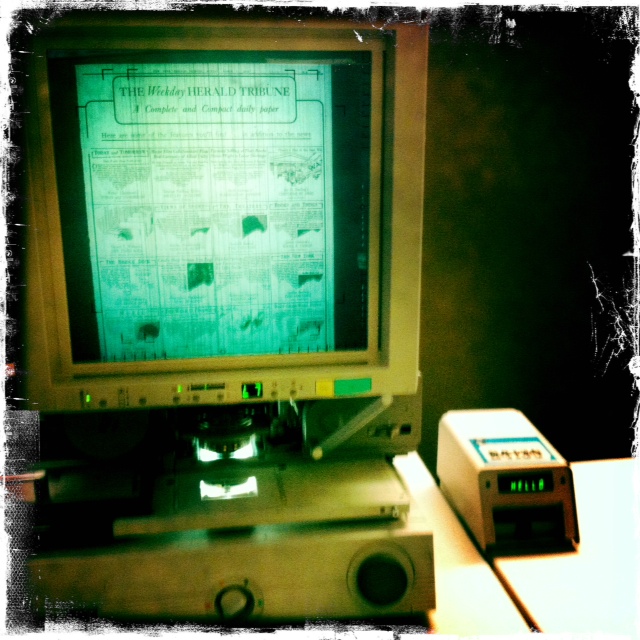 I’ve used efficient, modern-looking microfilm machines, but not at the main branch of the New York Public Library. The machines there are so temperamental that I half-expect a wise-ass bird poke his head out as if I lived in an episode of “The Flinstones.”

That said, there are few things I enjoy as much as digging through old newspapers and magazines on the hunt for research material. It’s taxing on the eyes, your back gets sore leaning over, you often have to fight threading the damn machine up, and sometimes you don’t get what you came for. Other times,  you find things by accident. Oh, those happy accidents.

Along the way,  a forgotten world comes alive, especially in the newspapers–advertisements, headlines, stories and pictures. And there are so many  writers I’ve never heard of before. Plus, there is the thrill of putting in the time to track things down that you can’t find on-line and there’s so much stuff out there that is not on the web it’s not even funny.

The wife calls me a nerd. Guilty as charged.

The main branch of the New York Public Library, another reason New York is so fresh.

Dig this tribute to vintage Curt Teich linen postcards over at The Selvedge Yard.