Fear and Faith in Phoenix 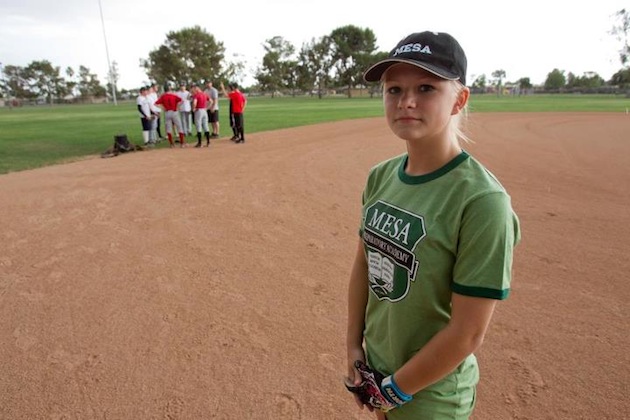 One thing is certain. Paige Sultzbach and her teammates deserved a chance to play for the championship. They were the only undefeated team in their league, and they’d already beaten Our Lady of Sorrows twice this season. They’d worked hard enough, and played well enough, to be allowed to win their championship on the field, and not have it handed to them because somebody hiding in a chapel somewhere decided not to give them the satisfaction. For all the theological dust they’ve thrown up to cover their cowardly retreat, Our Lady of Sorrows plainly and simply didn’t want to lose to a girl.

This is an embarrassment to sport and to religion, the functional equivalent of bleeding statues and the face of Jesus on the side of the barn. This is the kind of thing of which Blessed John XXIII was trying to rid the Catholic Church when he called on the council to “throw open the windows” and release the stifling air of repression that had built up over the centuries. Our Lady of Sorrows doesn’t want to play baseball against Paige Sultzbach because it’s run by an organization that harbors an attitude toward women that differs very little from that of Bishop Williamson, its crackpot avatar. And, no, I don’t have to “respect” the stand they took, or the beliefs that prompted it, unless I’m also prepared to “respect” the anti-Semitism and conspiracy-mongering that are at the heart of the beliefs in question. I’m not required to be as classy as Paige Sultzbach, state champion.