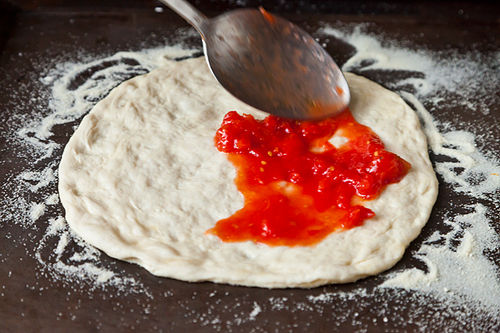 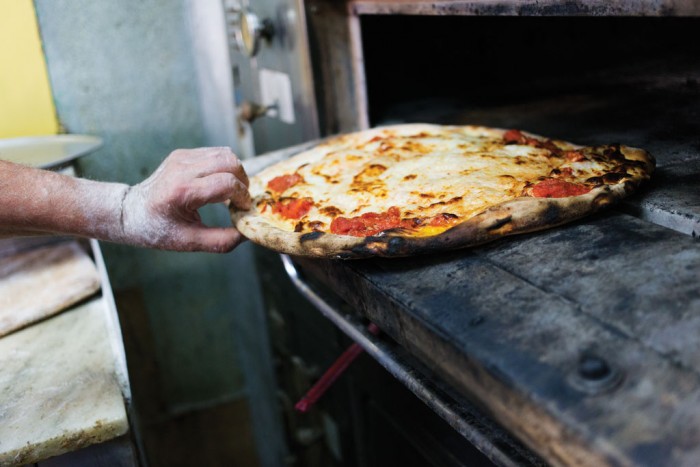 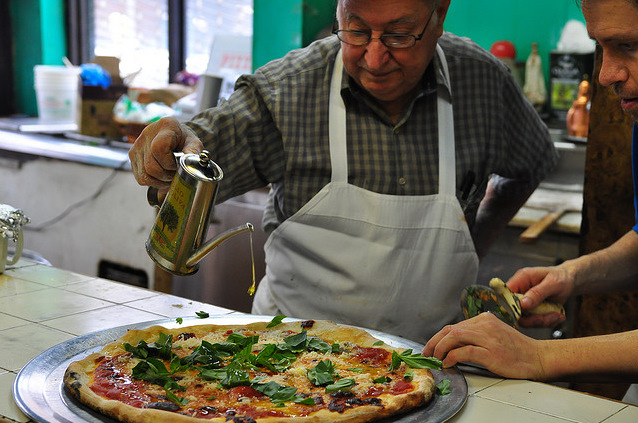 Because New Yorker’s can’t ever get enough of the ideal street food here’s Gothamist’s 12 Best Pizza Places in town. 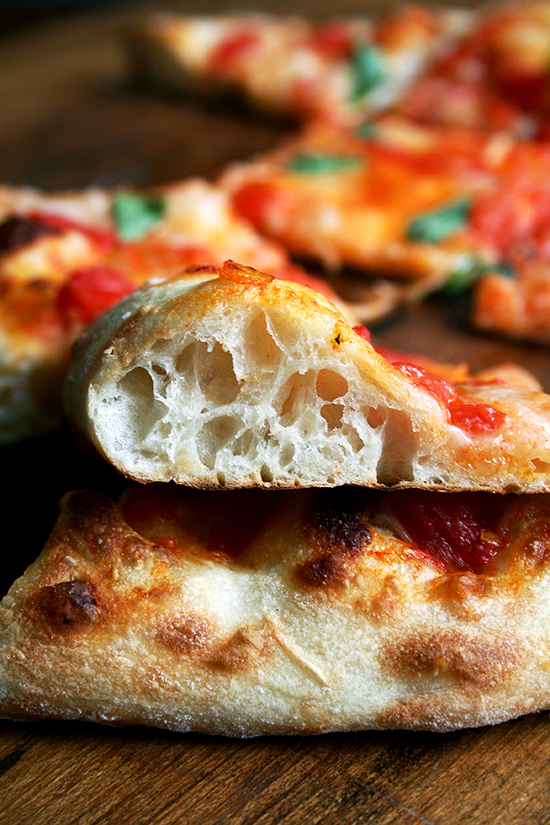 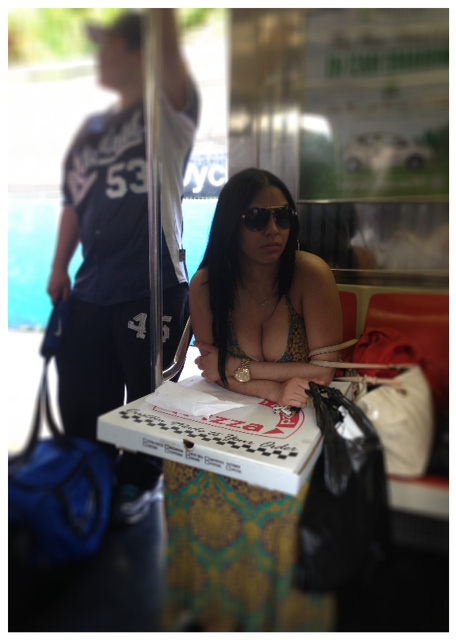 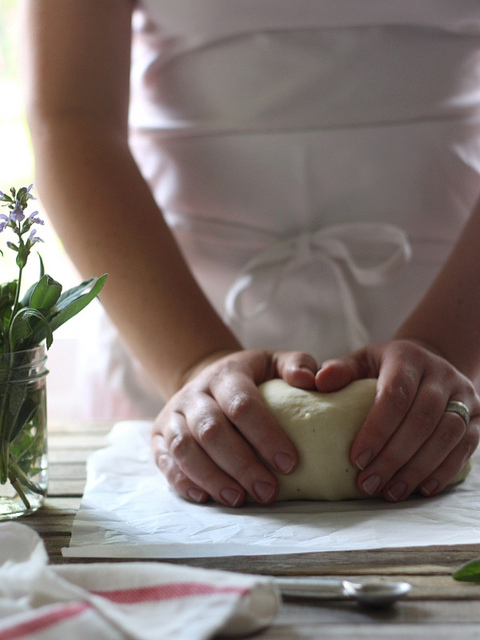 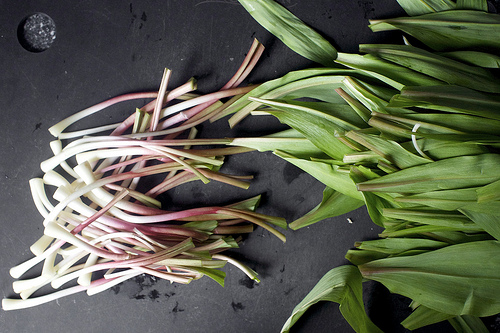 It’s that time again, the moment for ramps…over at Smitten Kitchen check out this recipe for ramp pizza. 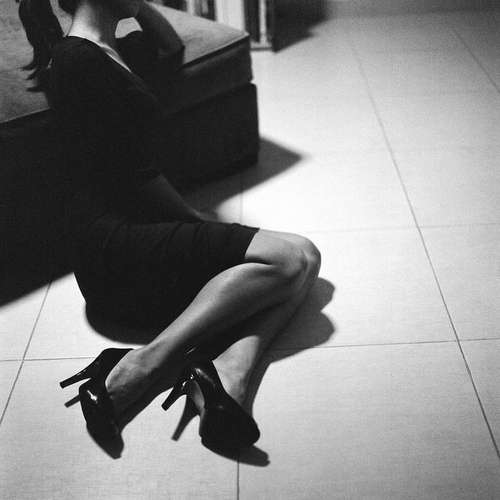 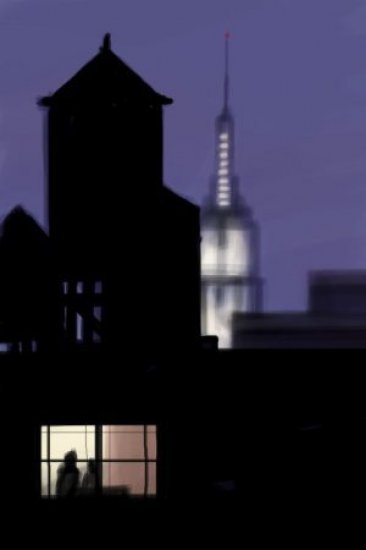 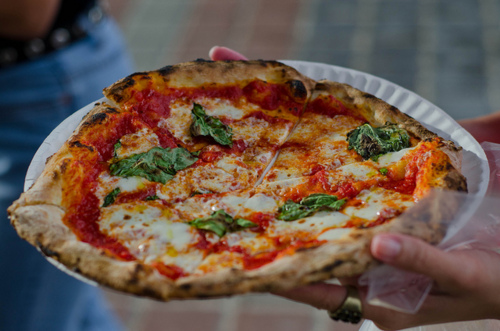 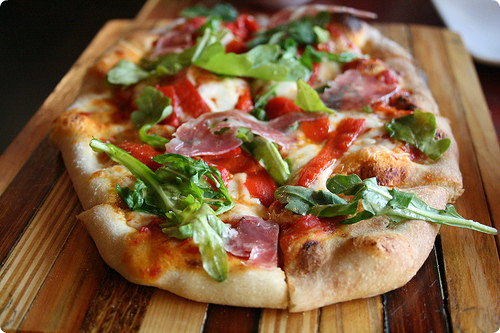 This picture makes me happy…and hungry.

[Photo Credit: Through My Blue Eyes] 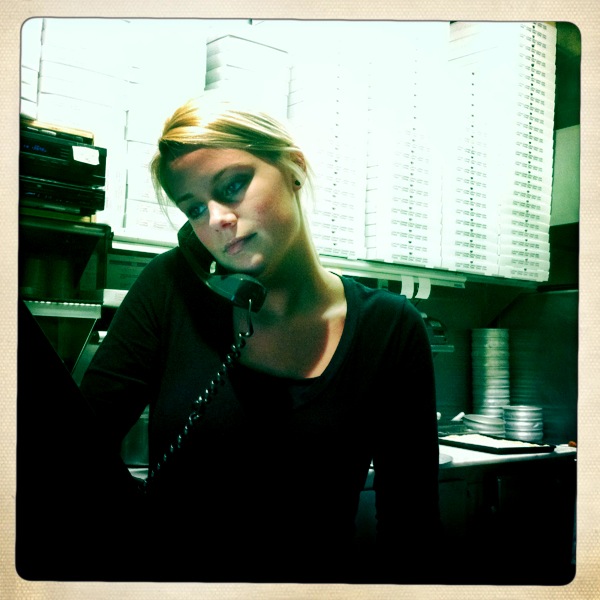 Can I take your order? 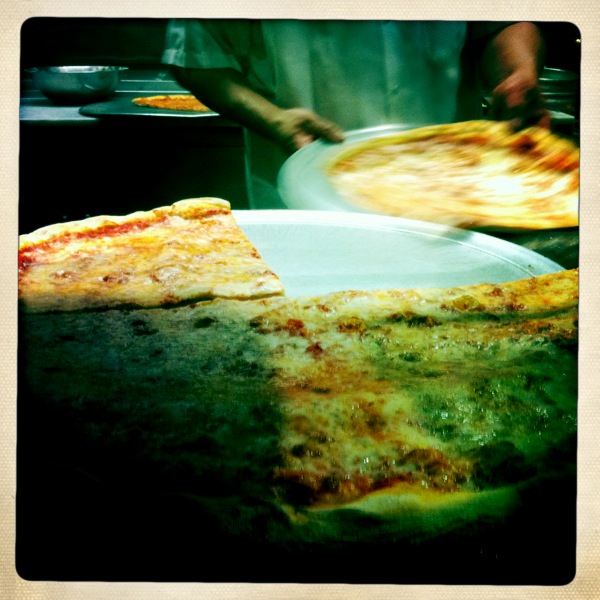 Gimme a couple slices to go. 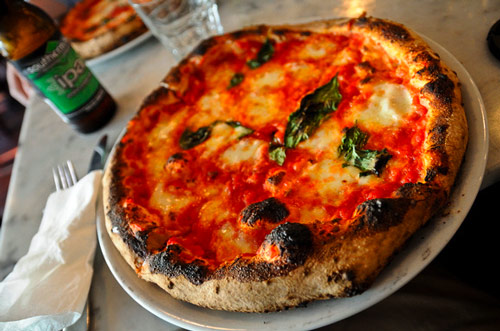 I finally went to Motorino where I enjoyed the pizza. It wasn’t the best I’ve ever had or my pick for the best in the city (I don’t have a “best”) but I could see how the Neapolitan style would appeal to some, so much so that they’d call it their favorite. It was good. The place was loud and it wasn’t cheap but the meatballs were outstanding. And I’m picky about meatballs, but these were worth the trip. Word to your moms and your grandmoms. 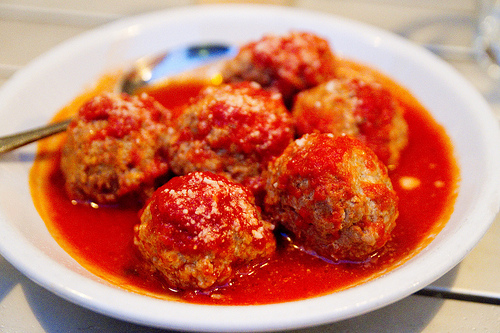 There will be no cooking tonight. Therefore…

The rain has begun in the Bronx.

Serious Eats learns you how to grill pizza.

Best Pizza is reviewed in the Times:

Most garlic knots let you down. After one or two salty, satisfying bites, you’re left to chew on the increasingly impenetrable thing like a masticating cow. It’s a snack food for suckers and optimists, anybody with a Charlie Brown-like faith that maybe Lucy Van Pelt won’t pull away the football, that this time it might be great.

The garlic knots ($3 for six) at Best Pizza in Williamsburg, Brooklyn, deliver on that hope. Baked in a century-old brick oven, they arrive charred on top and creamy inside, more gougère than repurposed crust. There are no tricks, just good technique: dough that rises all day; a drizzle of garlic oil after the knots come out of the oven; a dusting of shaved pecorino; chopped parsley, because that’s what you do. The knots are served on a flimsy paper plate with pickled vegetables (fennel, mostly) because Best Pizza is a slice joint, where $3 will feed you, and $15 will pay for a feast.

The good–it looks damn tasty, the bad, it’s in Williamsburg. But if you happen to find yourself in Hipster Dufus Heaven, looks like it is worth checking out.

At Diner’s Journal, Edward Schneider writes about Pizza with no sauce but plenty of flavor.

My Style Is Kind Phat, Reminiscent of a Whale

Sunday night eats. And no Yankee game so we can digest. Hope y’all are having a good one.

Sometimes You Just Gotta Cut a Piece For Yourself

Such was the poignant wisdom of my old college chum, Lomain. That was his line, right out of “The Pope of Greenwich Village,” ‘cept out of Bayside, Queens. This is Beef Lomain I’m talking about, the eldest Lomain. His brother Mikey was Chicken Lomain and his little brother Matty was Shrimp Lomain.

I’d like to see A.J. take a piece for himself tonight, wouldn’t you?

The best pizza jernts in the country according to gayot.com (via MSN).

All I wanted was a slice, is that too much to ask?

I got off the R train at Union street in Brooklyn and walked up to Fifth avenue. But the pizza shop on the corner–Fifth Avenue Pizza–was closed. So I turned left, in the direction of Flatbush avenue. Four-and-a-half blocks later I couldn’t believe that I hadn’t passed a Pizzeria. On a commercial street chock full of restaurants no less.

I didn’t want to keep moving away from Union street, where I was eventually headed, so I doubled-back, crossed over Union Street and continued on, figuring, again, a pizzeria would be a stone’s throw away.

Nope. Nada. Bubkus. I was apoplectic, hating hipster Brooklyn like never before, when I finally found a spot, on 3rd Street just off Fifth Avenue called Villa Rustica. I went in and ordered a couple of slices and sat down to eat.

Now, unless I’m at a fancy pizza shop, one of those places that claims to be “the best,” I’m not overly picky. What I’m looking for is a representative slice. Something I could offer an out-of-towner as an example of a good New York City slice. (Talk about a new spin on VORP–value above replacement pizza!) Well, the slice at Villa Rustica was just that–and better than any of the local pizza I have around my way in the Bronx.

It wasn’t spectacular, didn’t re-invent the wheel, but it was satisfying and delicious and it made my anger go away.