Tag: the earl of baltimore

The Banter Gold Standard: The Earl of Baltimore

Here’s another gem from our man John Schulian. This column on Earl Weaver first appeared in the Chicago Sun-Times, August 16, 1981 (It can also be found in Schulian’s collection, Sometimes They Even Shook Your Hand). It is featured here with the author’s permission. 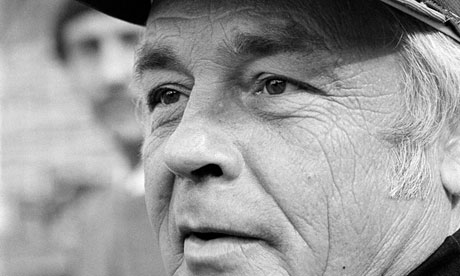 “The Earl of Baltimore”

BALTIMORE—Based on the available evidence, it is easy to assume that Earl Weaver perfected managerial sin. After all, the profane potentate of the Orioles has spent the past thirteen seasons kicking dirt on home plate, tearing up rule books under umpires’ noses, and generally behaving as if he were renting his soul to the devil with an option to buy. Yet here it is the middle of August and he has only been kicked out of one game. Reputations have been ruined for less.

Understandably, Weaver is not pleased to hear that his dark star appears to be fading. In his corner of Memorial Stadium’s third base dugout, he looks up from a pregame meal of a sandwich and a cigarette and searches the horizon for an explanation. “Musta been the foggin’ strike,” he says at last. “Guys like me, I coulda got tossed five foggin’ times in the time we were off. I’m streaky that way.”

Satisfied, he resumes dining only to be interrupted moments later by Jim Palmer, the noted pitcher and underwear model. With a mischievous smile, Palmer raises his voice in a song that suggests one more reason why his fearless leader has been wont to raise hell with umpires: “Happy Birthday.”

“I know why you remembered, too,” Weaver tells his favorite rascal. “You know that at my age, it’s gotta hurt.”

He has turned fifty-one on this gray Friday, but there will be no party for him. The Orioles will play the White Sox, and then Earl Weaver, the owner of a full head of hair and none of his own teeth, will go home to be with his wife and his prized tomato plants. He will go home to rest, to savor his stature as the winningest manager in the big leagues, and to get away from all the insufferable questions about how the White Sox are pretending to be a new and improved version of the Black Sox.

They have been quoted anonymously in the press as saying they would throw games at the end of this split season if it would help them get into the playoffs. The mere suggestion of such chicanery has horrified the lords of baseball and forced the team’s management to talk faster than a married politician photographed in the arms of a Las Vegas strumpet. To Weaver, who once marched his team off the field in Toronto to save his bone-weary pitching staff, the Sox’s scheme sounds like the work of dummies.

“What the fog,” he says. “The White Sox better not lose too many foggin’ games deliberately or they’re not gonna be in it. The simplest thing for them to do is win as many games as they can and root like hell for foggin’ Oakland. Look at us, we’re in the same boat. We gotta hope New York beats every-foggin’-body except us. Ain’t that something? I gotta root for them damn pinstripes.”

Nobody said the split season would honor tradition. Indeed, there are those who believe that cutting the season in half smacks more of the old Georgia-Florida League than it does of the American or the National. “Oh, no you don’t,” says Weaver, who spent his playing career in towns where two cars on Main Street constituted a traffic jam. “I don’t want no foggin’ headline sayin’ WEAVER CALLS SPLIT SEASON BUSH.” As a matter of fact, if he had his way, every season would have two chapters, strike or no. “If you start bad,” he says, “it’s nice to be reborn again.” When was the last time Bowie Kuhn addressed any issue so eloquently?

The next thing you know, Weaver will find himself running for commissioner when all he really wants to do is figure out a better way to handicap horse races. That’s the way baseball works: What’s dumb gets done. So lest the game’s kingmakers get the wrong impression from his bleats about old age and his apparent flirtation with respectability, Weaver tries to erase some of the points he has scored with the establishment. The best way to do that is to discuss the fine art of making umpires look like donkeys.

He remembers hearing how a minor league manager named Grover Resinger responded to being given five minutes to get off the field and out of the ballpark. “He asked if he could see the umpire’s watch,” Weaver says, “and when the dumb fogger handed it to him, Resinger threw it over the top of the foggin’ grandstand.”

Then there is Frank Lucchesi, an old sparring partner from the Eastern League. Once, Lucchesi sat on home plate until the police came and carried him into the dugout. Another time, after being ordered off the premises, he climbed the flagpole behind the outfield fence and flashed signals to his team from there. But what Lucchesi did best was drive Weaver to heights of creative genius.

“I forget what the foggin’ call was,” Weaver says, “but the umpire blew it, so I went out and talked like a Dutch uncle and they changed it back. Then Lucchesi comes out and he talks like a Dutch uncle and they change it back. I’m standing there on the mound talking to my pitcher, and when I see them do this, I grab my foggin’ heart and fall on my face. Right there on the mound.

“One of my players comes runnin’ out and rolls me over and starts fannin’ me with his cap. The umpire is right there with him. He says, ‘Weaver, if you even open one eye, you’re out of this game.’ Well, hell, by then, I couldn’t resist, and you know what I saw? There was Lucchesi with one of them old Brownie box cameras. He told me later it was the greatest foggin’ thing he’d ever seen.”

A mischievous smile creases Weaver’s face. “Hey,” he says, “maybe I oughta do that again.”

It could save his reputation.