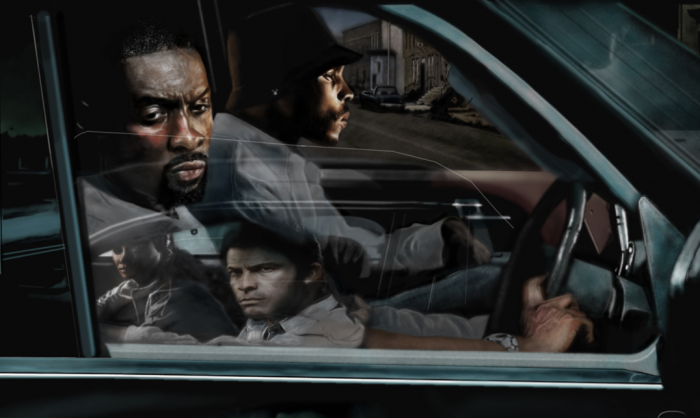 Via the ever-wunnerful Kottke, check out this AMA with the ADR (automated dialogue replacement) editor from The Wire. 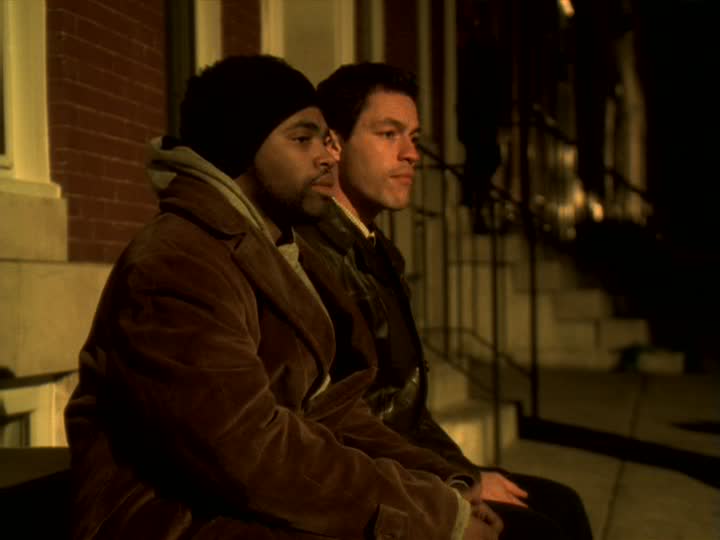 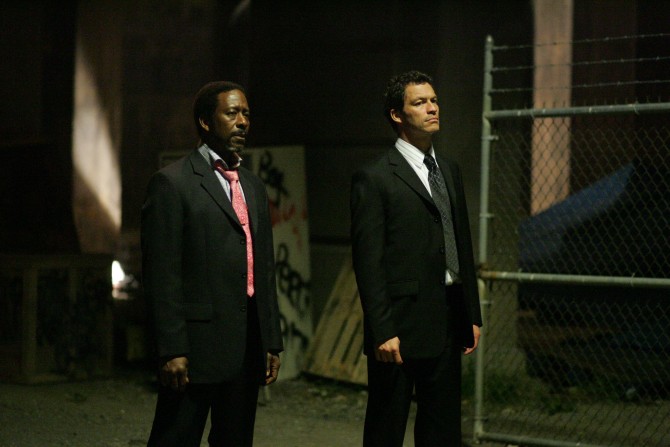 Forgive Some Sinner and Wink Your Eye at Some Homely Girl 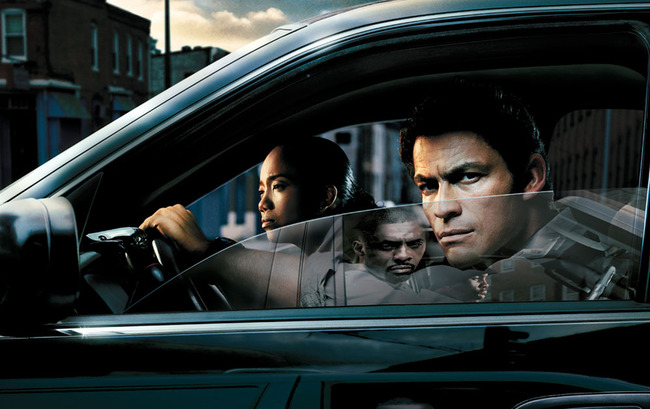 On the latest episode of Here’s the Thing, Alec Baldwin interviews David Simon. 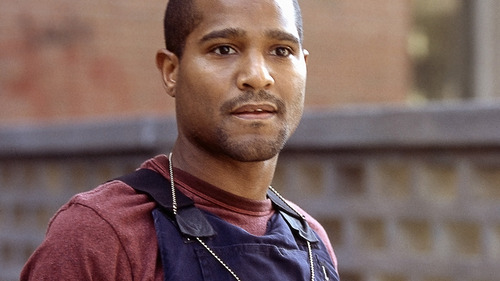 Crowded and muggy on the subway platform during rush hour yesterday when a train rolled into the station so I decided to wait for the next one. I stood back from the open doors and let people jam their way into the car. I looked inside the open door and saw Seth Gilliam, an actor I know as Ellis Carver from “The Wire.” He was looking at the ground, just another guy sweating in a crowded subway car.  When he looked up we made eye contact. I mouthed “Thank You” to him, pressed my palms together and bowed my head. When I opened my eyes and looked back at him he smiled and nodded. The doors closed and the train pulled out of the station.

When you are on a show like “The Wire” I’m sure you never really escape it. Anyhow, I didn’t say a word to him but I know he knew what why I was thanking him. 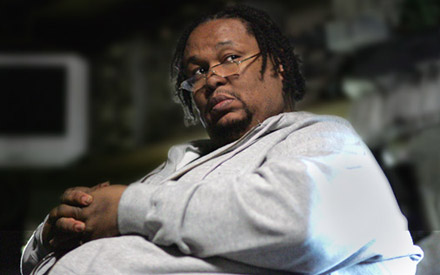 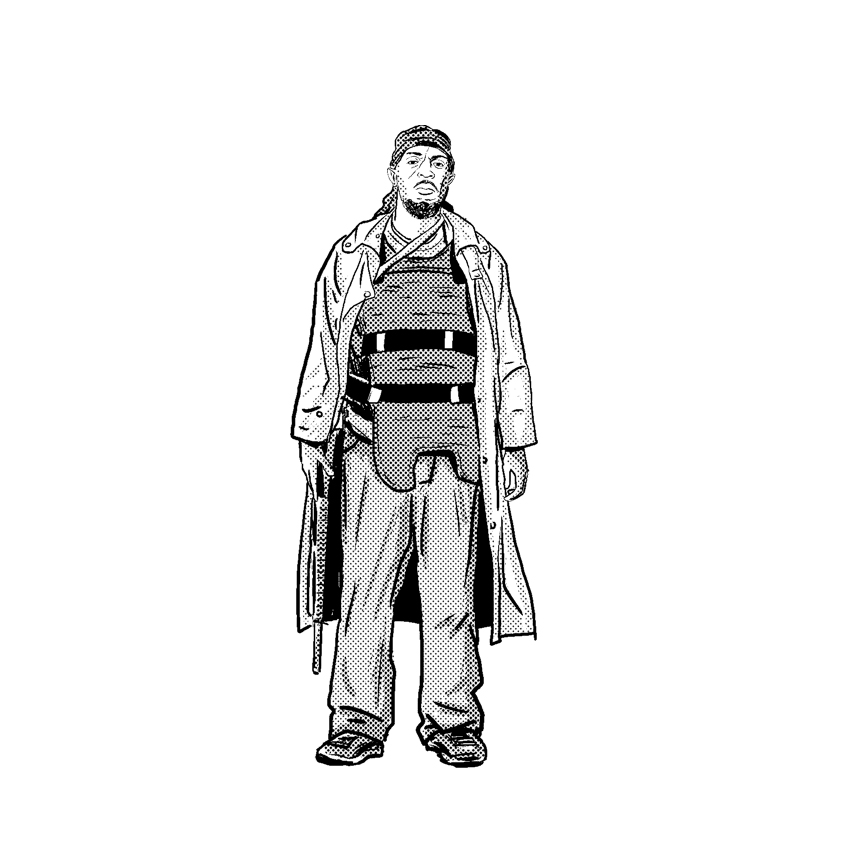 A poster of The Wire, drawn by Dennis Culver. 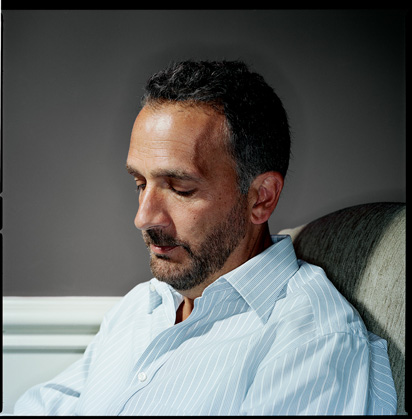 You Gotta Watch Your Back

Maxim has an oral history of “The Wire.” A must-read for groupies of the show.

For years, I’ve heard about “The Wire.” That is was not only good, the best thing on TV, but the greatest show of all-time. I finally got around to watching it, the entire series in just under a month. I don’t know enough about other dramas to know how to rate it, exactly, but I was not disappointed. Did I like it? 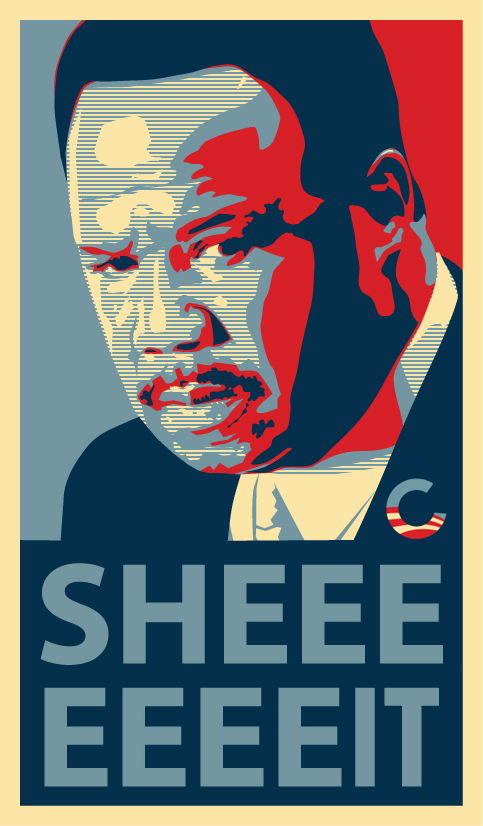 I loved it. The writing, the acting, all so memorable. When it ended I wanted to go back tot he beginning and start over again.

It’s one of those shows where it is hard to pick a favorite character. Once you are locked in on one guy–Omar, Bunk, Lester–someone else pops up. Here are some, though not all, of my favorites: 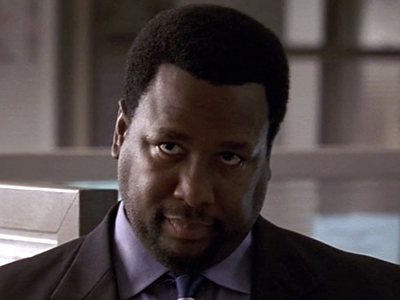 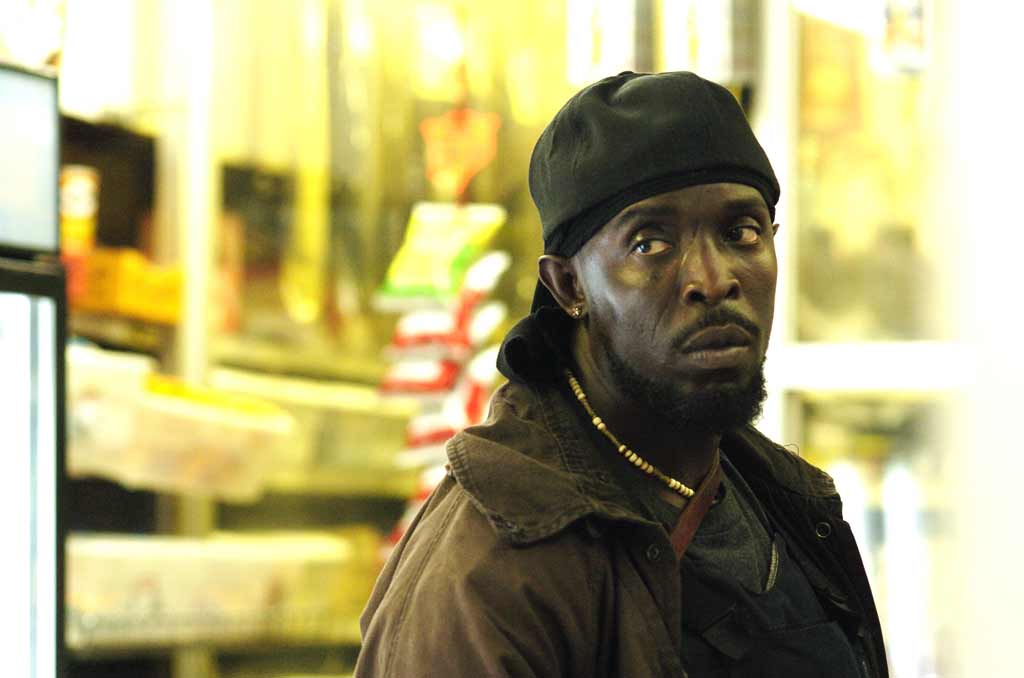 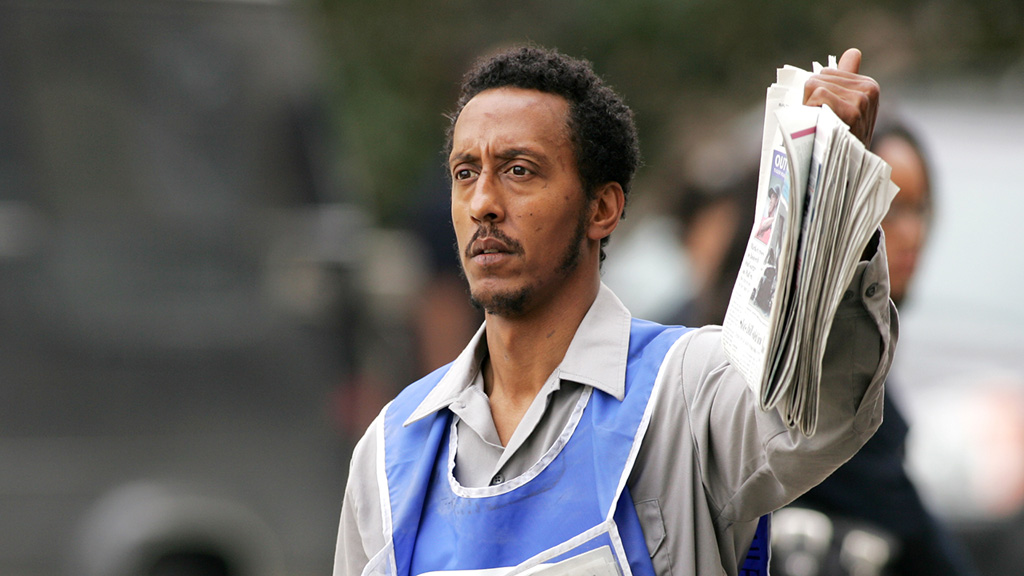 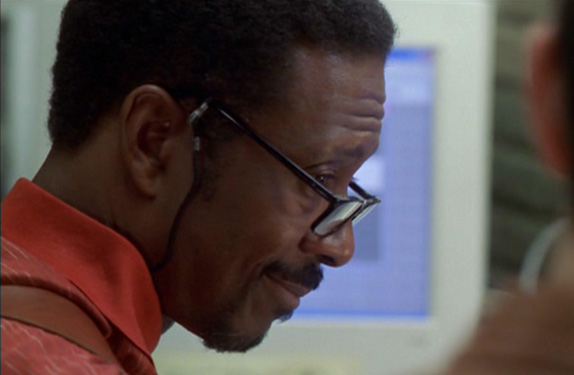 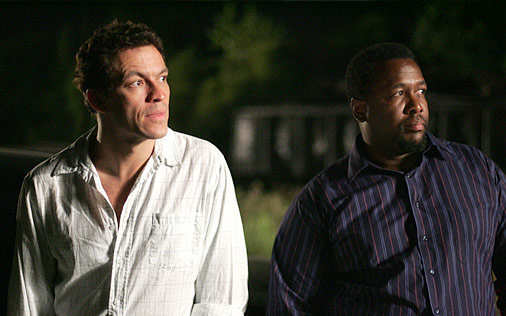 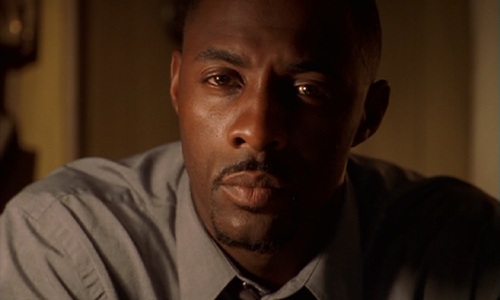 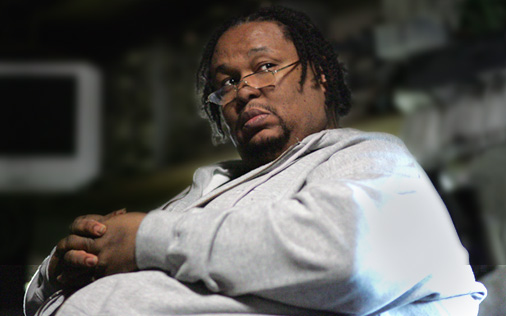 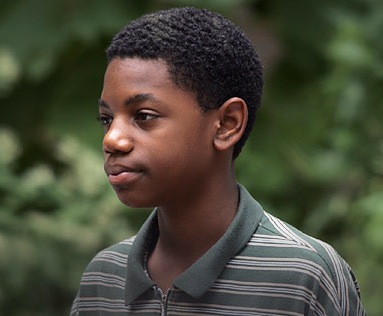 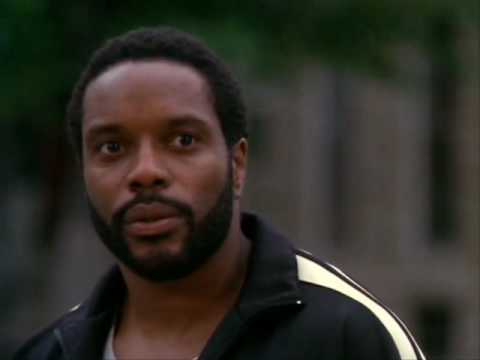 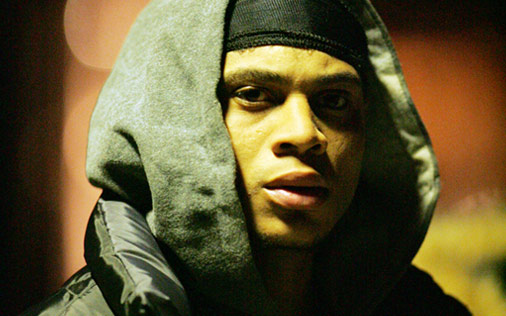 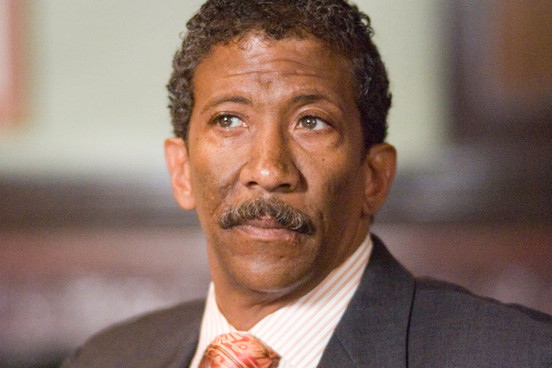 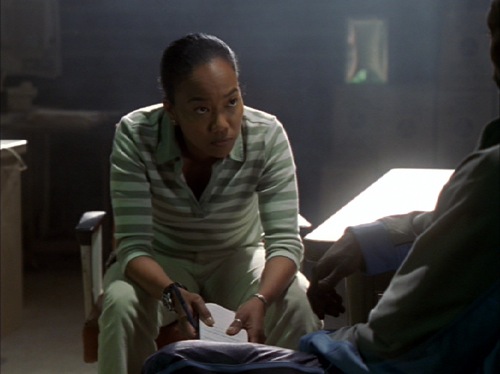 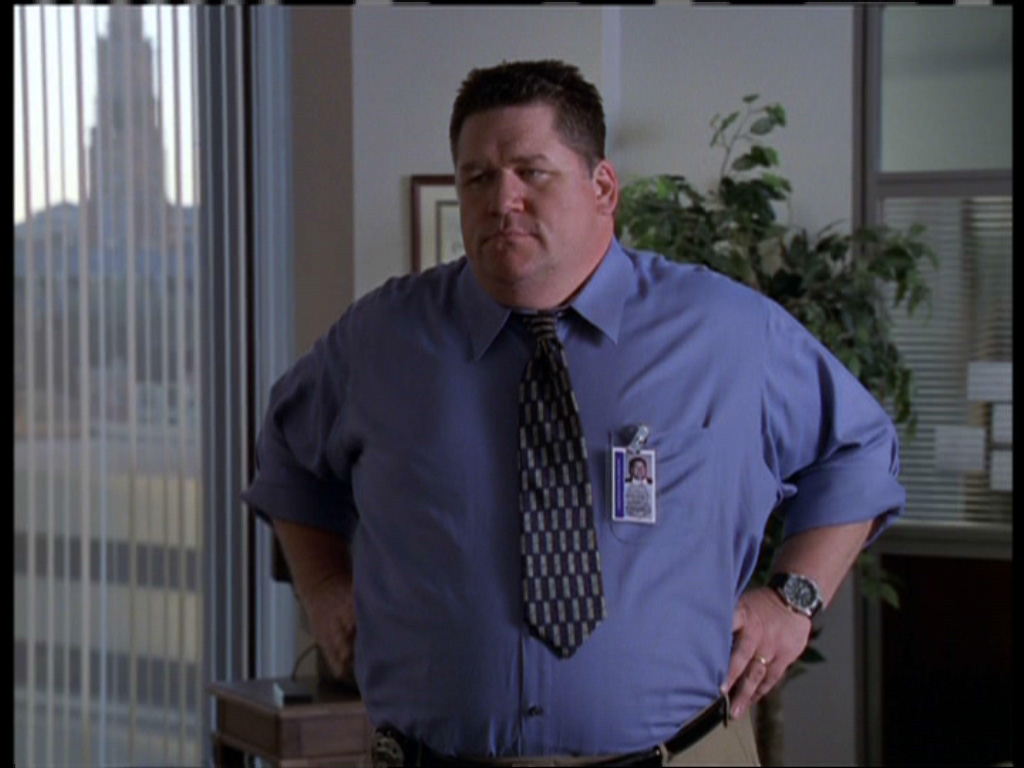 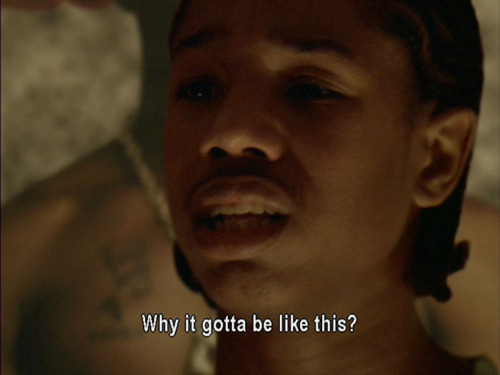 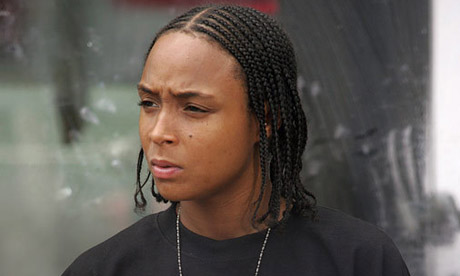 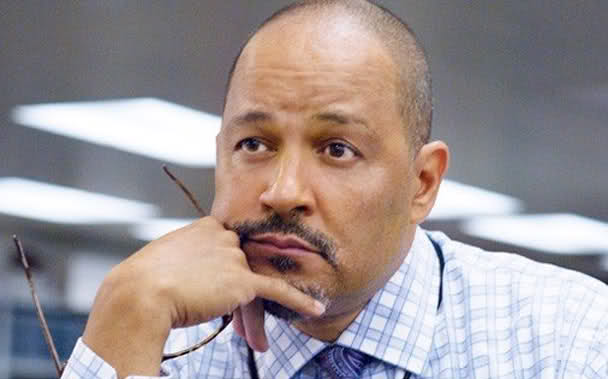 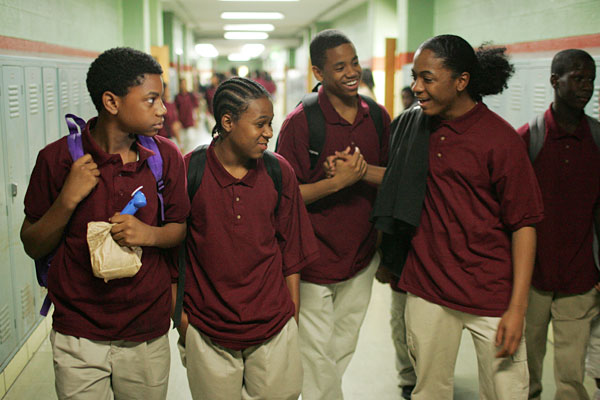 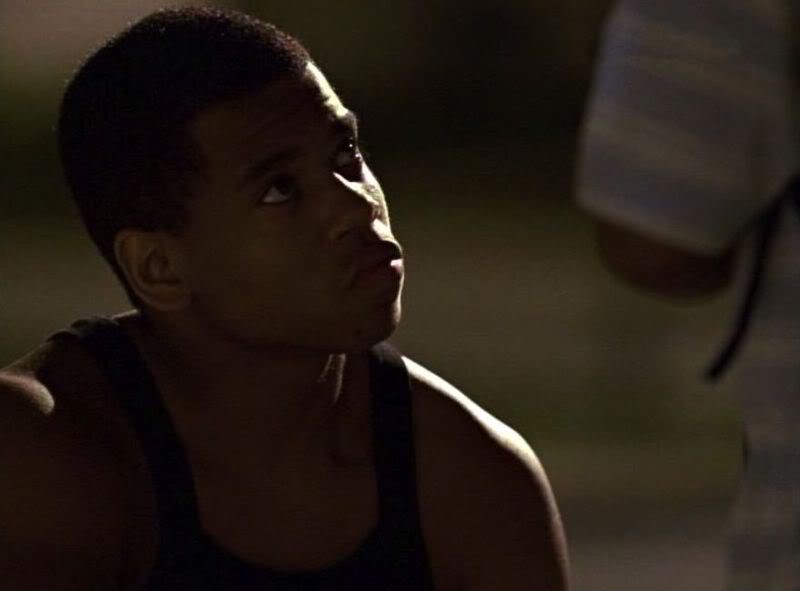 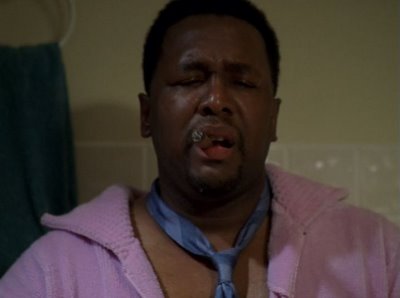 As Balzac said, “There Goes Another Novel”

I’ve had at least ten people tell me that “The Wire” isn’t only their favorite show but that it is without a doubt, “the best Television show ever made.” I still haven’t seen it but plan to tackle it this winter.

Over at the New York Review of Books, check out novelist Lorrie Moore’s take:

Set in post–September 11 Baltimore, the HBO series The Wire—whose sixty episodes were originally broadcast between June 2002 and March 2008 and are now available on DVD—has many things on its rich and roaming mind, but one of those things is Baltimore itself, home of Edgar Allan Poe, H.L. Mencken, Babe Ruth, and Billie Holiday. Baltimore is not just a stand-in for Western civilization or globalized urban rot or the American inner city now given the cold federal shoulder in the folly-filled war on terror, though it is certainly all these things. Baltimore is also just plain itself, with a very specific cast of characters, dead and alive. Eminences are pointedly referenced in the course of the series: the camera passes over a sign to Babe Ruth’s birthplace, tightens on a Mencken quote sculpted into the office wall of The Baltimore Sun; “Poe” is not just street pronunciation for “poor” (to the delight of one of The Wire‘s screenwriters) but implicitly printed onto one horror-story element of the script; a phrase of Lady Day wafts in as ambient recorded music in a narrative that is scoreless except when the credits are rolling or in the occasional end-of-season montage.

…he use of Baltimore as a millennial tapestry, in fact, might be seen as a quiet rebuke to its own great living novelists, Anne Tyler and John Barth, both of whose exquisitely styled prose could be accused of having turned its back on the deep inner workings of the city that executive producer David Simon, a former Baltimore reporter, and producer Ed Burns, a former Baltimore schoolteacher and cop, have excavated with such daring and success. (“Where in Leave-It-to-Beaver-Land are you taking me?” asks The Wire‘s homeless police informant Bubbles, when driven out to a leafy, upscale neighborhood; the words are novelist and screenwriter Richard Price’s and never mind that this aging cultural reference is unlikely to have actually spilled forth from this character; the remark does nicely).

So confident are Simon and Burns in their enterprise that they have with much justification called the program “not television” but a “novel.” Certainly the series’s creators know what novelists know: that it takes time to transform a social type into a human being, demography into dramaturgy, whether time comes in the form of pages or hours. With time as a medium rather than a constraint one can show a profound and unexpected aspect of a character, and discover what that character might decide to do because of it. With time one can show the surprising interconnections within a chaotic, patchworked metropolis.

It is sometimes difficult to sing the praises of this premier example of a new art form, not just because enthusiastic viewers and cultural studies graduate students have gotten there first—”Heroism, Institutions, and the Police Procedural” or “Stringer Bell’s Lament: Violence and Legitimacy in Contemporary Capitalism” (chapters in The Wire: Urban Decay and American Television)—but also because David Simon himself, not trusting an audience, and not waiting for posterity, in his own often stirring remarks about the show in print interviews, in public appearances, and in audio commentary on the DVD version, has not just explicated the text to near muteness but jacked the critical rhetoric up very high. He is the show’s most garrulous promoter. In comment after comment, even the word “novel” is not always enough and Simon and his colleagues have compared his five-season series to a Greek tragedy (Aeschylus, Sophocles, Euripedes are all named), Homer’s Iliad, a Shakespearean drama, a serialized narrative by Dickens, an historical document that will be read in fifty years, a book by Tolstoy, and Melville’s Moby-Dick. This leaves only journalist Joe Klein to raise the ante further: “The Wire never won an Emmy?” Klein is shown exclaiming in the DVD features on the final episode. “The Wire should win the Nobel Prize for literature!”