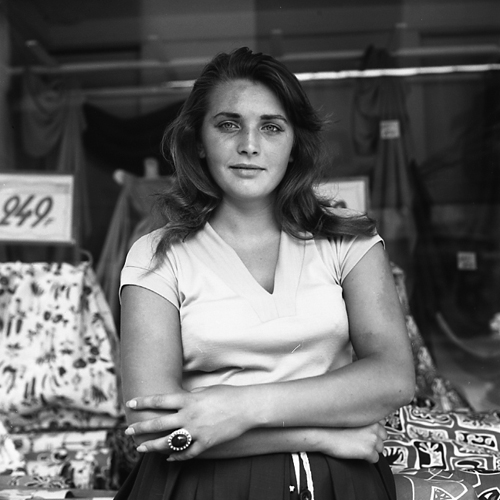 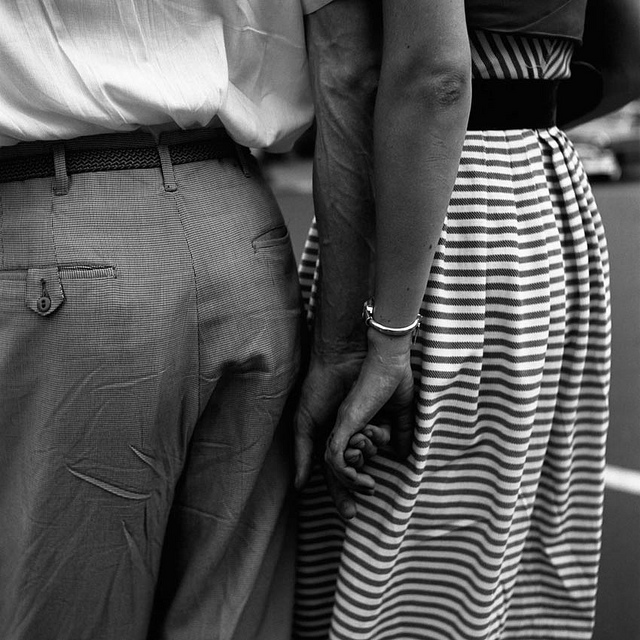 Over at Messy Nessy Chic here’s more on Vivian Maier.

Can’t wait for the movie… 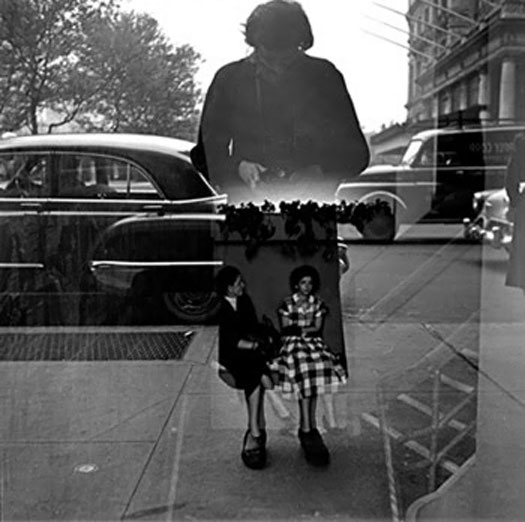 This could be good.

Every once in a while something comes along that is so unbearably tremendous that I can’t help but feel rejuvenated, filled with enthusiasm and faith in the world.

…About the guy who found a treasure and is now sharing it with the world.

Dig this piece by Nora O’Donnell for Chicago Magazine:

On an unremarkable day in late 2007, John Maloof, a young real-estate agent, spent some time at a local auction house, RPN Sales in Portage Park, combing through assortments of stuff—some of it junk—that had been abandoned or repossessed. A third-generation reseller, Maloof hoped to find some historical photographs for a small book about Portage Park that he was cowriting on the side. He came across a box that had been repossessed from a storage locker, and a hasty search revealed a wealth of black-and-white shots of the Loop from the 1950s and ’60s. There’s got to be something pertinent in there, he thought. So he plunked down about $400 for the box and headed home. A closer examination unearthed no scenes of Portage Park, though the box turned out to contain more than 30,000 negatives. Maloof shoved it all into his closet.

Something nagged, however—perhaps a reflex picked up from working the flea market circuit as a poor kid growing up on the West Side of Chicago. Though he knew almost nothing about photography, he eventually returned to the box and started looking through the negatives, scanning some into his computer. There was a playfulness to the moments the anonymous artist had captured: a dapper preschool boy peeking from the corner of a grimy store window; an ample rump squeezing through the wooden planks of a park bench; a man in a three-piece suit napping, supine, in the front seat of his car, his right arm masking his face from the daylight. Whoa, Maloof mused. These are really cool. Who took them?

After a call to the Tribune left him with a faulty address and a disconnected phone number, Maloof didn’t know where to turn. In the meantime, though, he started displaying Maier’s work on a blog, vivianmaier.com. Then, in October 2009, he linked to the blog on Flickr, the photo-sharing website, and posted a question about Maier’s pictures on a discussion board devoted to street photography: “What do I do with this stuff (other than giving it to you)?”

The discussion went viral. Suggestions poured in, and websites from around the world sent traffic to his blog. (If you Google “Vivian Maier” today, you’ll get more than 18,000 results.) Maloof recognized that this was bigger than he’d thought.

He was right about that. Since his tentative online publication of a smattering of Vivian Maier’s photographs, her work has generated a fanatical following. In the past year, her photos have appeared in newspapers in Italy, Argentina, and England. There have been exhibitions in Denmark and Norway, and a showing is scheduled to open in January at the Chicago Cultural Center. Few of the pictures had ever been seen before by anyone other than Maier herself, and Maloof has only scratched the surface of what she left behind. He estimates that he’s acquired 100,000 of her negatives, and another interested collector, Jeff Goldstein, has 12,000 more (some of them displayed at vivianmaierphotography.com). Most of Maier’s photos are black and white, and many feature unposed or casual shots of people caught in action—passing moments that nonetheless possess an underlying gravity and emotion. And Maier apparently ranged far and wide with her camera—there are negatives from Los Angeles, Egypt, Bangkok, Italy, the American Southwest. The astonishing breadth and depth of Maier’s work led Maloof to pursue two questions, as alluring in their way as her captivating photographs: Who was Vivian Maier, and what explains her extraordinary vision?

What is known about Ms. Maier is that she was born in New York in 1926, lived in France (her mother was French) and returned to New York in 1951. Five years later, she moved to Chicago, where she worked for about 40 years as a nanny, principally for families in the North Shore suburbs. On her days off, she wandered the streets of New York and Chicago, most often with a Rolleiflex twin-lens reflex camera. Apparently, she did not share her pictures with others. Many of them, she never saw herself. She left behind hundreds of undeveloped rolls.

Even if you don’t think Ms. Maier has the makings of a minor master from the mid-20th century whose work can now be appreciated, you’ll probably be affected by at least a few of her photos.

And if you’re nearing 60 and grew up Chicago, you’re almost bound to feel — as I do — that a precious past has been rescued that we didn’t even know existed; thousands of blinks of the civic eye, tens of thousands of beats of the public heart.

Thank you, John Maloof. You are doing a great public service.