The Curious Case of Daniel Bard 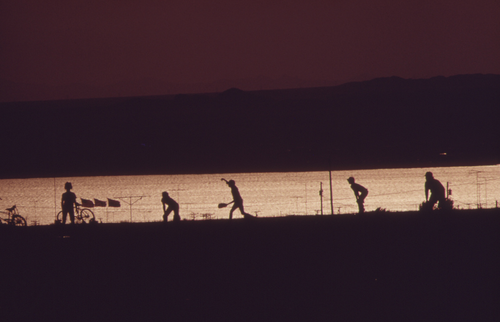 Tonight, Carl Crawford is expected to be in the line-up for the Red Sox. Kevin Youkilis will be in the house too, starting for the visiting White Sox. And Daniel Bard will still be in the minors. Over at Grantland, Charlie Pierce has a story on Bard’s interesting and horrible season:

There was an ill-starred attempt to make him a starting pitcher, which seemed to get deeply into his head. He started thinking like a starter, not like the blow-them-away reliever he had been. He was nibbling, trying to induce ground balls, the way starters are supposed to do it. As a starter, he was 5-6, with an ERA over five. He had 37 walks as opposed to 34 strikeouts. He hit bottom on June 3 against Toronto, his last start in the major leagues so far this season. He lasted 1⅔ innings, walking six and hitting two dudes besides. He told the Red Sox he thought he should be a reliever again. They sent him down to Pawtucket.

There were whispers that it might be gone from him for good, that whatever it was that had brought him to the majors had abandoned him at 27. The whispers were in Boston, but they carried down Interstate 95 to this small ballpark tucked amid the abandoned factories. Outside Gate A at McCoy Stadium, there is a cyclone fence covered with canvas billboards that display some of the players who have passed through Pawtucket on their way to the big club in Boston. The very last of these, right where the fans entered the park for this weekend’s series with the Buffalo Bisons, is a picture of Daniel Bard, his arm like a whip, throwing the ball very hard, looking very young.

In the clubhouse, as he got ready for whatever fresh hell baseball was going to hand him this day, I told him about that extraordinarily vivid evening in Fenway a few years earlier. “The first time I hit 100 was in college, I think,” he mused. “It was some time ago, and it was kind of a gradual thing. It was cool, like when you hit 90 in high school. It doesn’t really mean anything. It just sounds cool.”