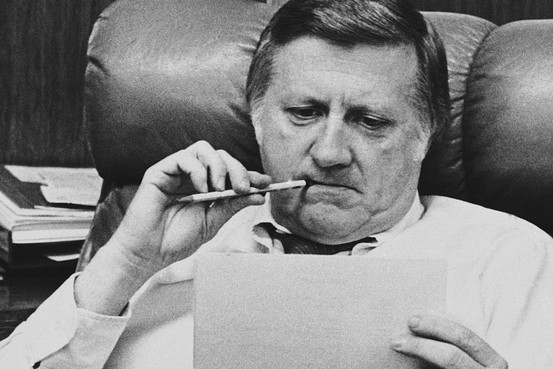 The Boss – George M. Steinbrenner III – has sometimes been too tough and too demanding and even too mean. He has also been the perfect Yankees owner you couldn’t help but love around here.

“Sure he’s made some mistakes,” said a man smoking outside Ball Park Lanes across from the old Yankee Stadium. “But he gave us some damn good baseball teams and a whole bunch of championships, too. He got us Reggie and Donnie and Gator and Goose and A-Rod and Mariano and Jeter. And now he’s building the new Stadium.”

The man took a last drag on his cigarette and tossed it to the curb.

“I’ve heard people bitch because they say we’re paying for that Stadium,” the man said. “Who cares? We pay for everything anyway and at least we can watch baseball at this place. Yeah, The Boss could’ve done a little better, but I still love the son of a bitch.”

There have been a lot of newspaper columns about The Boss since it was announced that his son Hal officially took control of the Yankees last week. They have written him as a good guy and as a bad guy and sometimes everything at once. They are all probably spot on. That makes The Boss just like the rest of us.

Some of the papers even ran a list of his highlights and lowlights as the owner of the Yankees. It was filled with championships and fines and suspensions, but they left a few things out.

Before buying the Yankees he hired John McLendon, the first black coach in professional basketball, to lead the Cleveland Pipers.

The Boss always wants to be first. He demands it and won’t accept anything less. How could you not love the guy?

I would take exception to your last line, though. It is very easy not to love a guy who was a vicious, cruel, petty and vindictive as George was.

I certainly understand your point, Alex. But no one said love was easy.

George had a big mouth.
But he also had a big heart.
What was the exact story... where he had a tantrum and fired someone.. but continued to fund him in some way... pay for his kid's college? I can't remember the specifics, but it summed up bad George and Good George in one event.