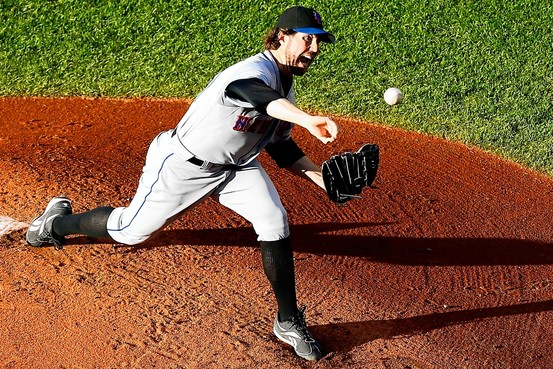 This could be good.

i'm actually watching r.a. dickey right now. he's facing the braves here in rainlanta. he just had a rough 4-run inning, resulting in the braves' 6-3 lead here in the 4th.

uggla hit a monster 2-run shot off him. jurrjens, the pitcher, even had a nice oppo field chip shot off the knuckler, who just feebly grounded out to the pitcher.

this game, however, is destined to be delayed here; it's raining steadily...