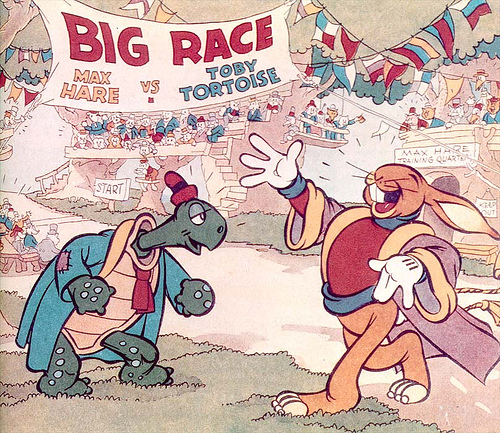 The Yankees head into a much needed off day on a two-game winning streak, but the team still finds itself in fourth place with a disappointing  23-21 record. A four game deficit in the loss column is hardly insurmountable, especially in May and particularly when the division leader has been a perennial loser for the last 14 years, but there are still some signs of caution evident in the Yankees’ relatively slow start.

Most Yankees’ fans probably have little doubt that the Bronx Bombers will soon overtake the first place Baltimore Orioles, but history suggests that the O’s chances of sustaining their fast start are actually pretty good. Regardless, the bigger question for the Yankees is will they be able to flip the switch and play at a much higher level for the remainder of the season. According to the franchise’s historical record, the road to the playoffs has been paved with a fast start, so this year’s team certainly has its work cut out.

Considering the 2011 Yankees started out 24-20 and still went onto win 97 games, this year’s slow start by franchise standards (70% of Yankees’ teams began with a better record over the first 44 games) hasn’t really caused a panic. However, it’s worth noting that last year was more of an exception than the norm. Not surprisingly, the Yankees’ final regular season record has been highly correlated to performance in the first quarter (r=.73 since 1901; r=.68 since 1961, when the 162 game season was initiated), so, if history holds, this year’s Bronx Bombers could be facing an uphill battle. 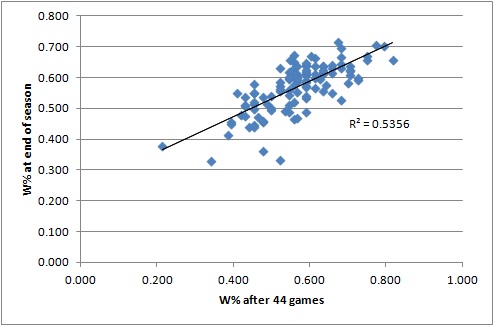 Another somewhat ominous indication is the fact that only two Yankees’ teams who started the season as slowly as the current edition bounced back to win the division. What’s more, only six of the 46 first place finishes in franchise history started out with a winning percentage below .550. More often than not, when the Yankees’ have had a successful season, the team has gotten out of the gate quickly. This relationship is even stronger when only considering championships as nearly 60% of the franchise’s 40 A.L. pennants and 27 World Series victories came in seasons when the team’s winning percentage was at least .600 after 44 games.

Distribution of Yankees’ Postseason Teams Based on Record After 44 Games 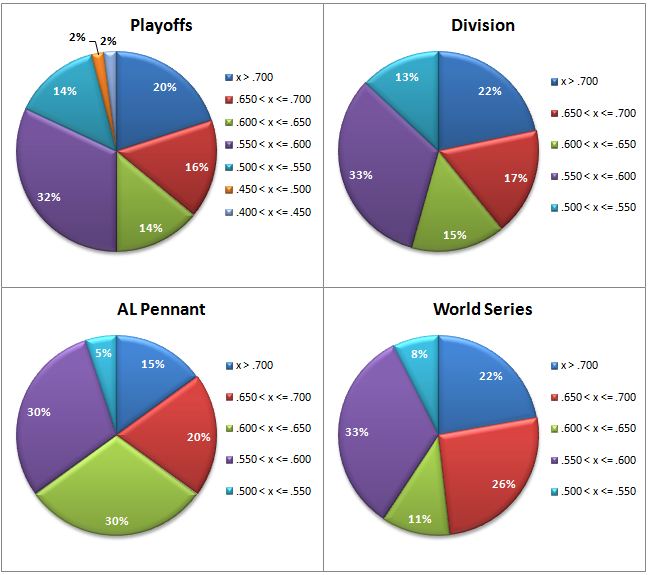 Every season has its own set of mitigating factors that influence the final outcome. However, aggregate data can often smooth out some of the variables, providing a rough road map for what the future holds. As last year (which is probably the most relevant comparison, considering the proximity) proved, the Yankees are more than capable of shaking off early season doldrums, but that doesn’t mean fans, or the team itself, should minimize some of the struggles. If the Yankees do recover once again, they will need to perform much better across the board, and their ability to do so should not be taken for granted. In some arenas, slow and steady may work just fine, but in the pennant race, a fast start has always worked to the Yankees’ advantage.