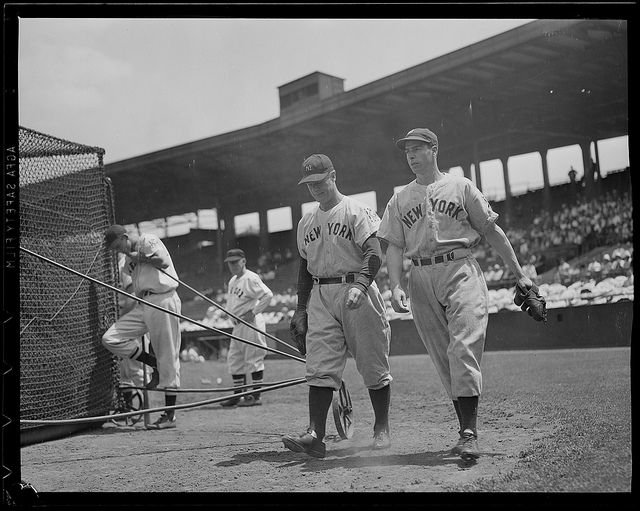 Perhaps caught in a malaise in the aftermath of Lou Gehrig’s death and funeral, the Yankees dropped their third straight game, falling to Hal Newhouser and the Tigers, 5-4. DiMaggio tripled into the left field corner in the sixth, but that was it for him. His one for five day at the plate saw his average dip to .326, but during the streak he was hitting a bit better, .354 (29 for 82). Ted Williams, meanwhile, was keeping pace. He had now hit in twenty-two straight, and was hitting an even .500 (40 for 80!) during his streak, pushing his season number to a laughable .434.