The Minor Fall, the Major Lift 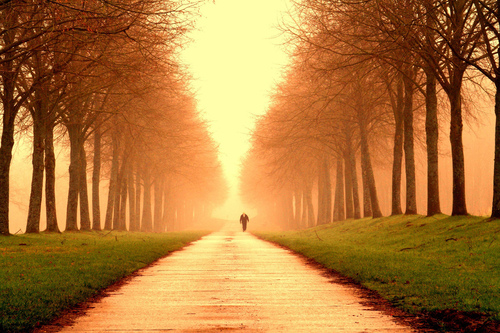 My mother’s father died in the spring of 1995. I went to Belgium for the funeral with my brother and sister, mother and step father. We stayed at my uncle’s house and for the three days we were there he played Jeff Buckley’s Grace constantly. It was a mournful soundtrack and the songs are inseparable from the mental pictures and emotions I keep with me from that trip.

I don’t imagine I would have heard the Buckley record, let alone be so moved by it, unless it had been such an indelible part of saying goodbye to my grandfather, staying in the home of his only son, a man with whom I shared little language but ardent feeling.

That trip and Buckley’s album came to mind today.

Here is Janet Maslin in the Times on The Holy or the Broken: Leonard Cohen, Jeff Buckley, & The Unlikely Ascent of ‘Hallelujah’:

The album containing “Hallelujah” came out on an independent label in 1984, and then it languished. See Ms. Simmons’s account for an understanding of why, by 1991, the world was nonetheless ready for a Leonard Cohen tribute album: “I’m Your Fan,” put together by the French music magazine Les Inrockuptibles. This album prompted a major overhaul of “Hallelujah” by John Cale, once of the Velvet Underground, who re-edited the lyrics, coming up with a version that has proved more enduring than Mr. Cohen’s. Mr. Cale’s stark, exquisitely pure rendition, with an emphasis on the song’s eroticism, is by some lights (like this one) the best “Hallelujah” ever recorded.

A remarkable stroke of fate sent Jeff Buckley, then an aspiring young troubadour, to stay in a New York apartment that happened to contain a copy of “I’m Your Fan.” Buckley heard the song and, like many who have heard it, claimed he had no idea who had written it. But he included an intensely, beautifully ethereal version of it on his 1994 album, “Grace,” giving it a young man’s hypercharged sensibility rather than the Cohen-Cale seasoned one. When Buckley died young (as his doppelgänger father, the singer Tim Buckley, had), “Hallelujah” developed a cult following. “Leonard penned it, but Jeff owned it,” Mr. Light writes.

never heard the Leonard Cohen version, which is excellent. Wow. I thought it was Cale's song. I think that's the version I'd heard first.

One of the greatest episodes of TV I ever saw, during a particularly tumultuous time in my life, was the end of season 3 of The West Wing, entitled "Posse Comitatus". The episode concluded with Jeff Buckley's version of "Hallelujah", and I cannot help but think of it, and those times, whenever I hear it. I had no idea about the history of the song, I just knew I liked Buckley's version best.

One of the big reasons for the success of the song is just how well it plays on TV. Love the song but I fear it has become shorthand for adding gravity to any TV drama.

4) Kind of like "Naive Melody (This Must Be the Place)" by the Talking Heads is in movies, especially trailers.

And while I'm a Leonard Cohen fan, I admit I am partial to John Cale's version.