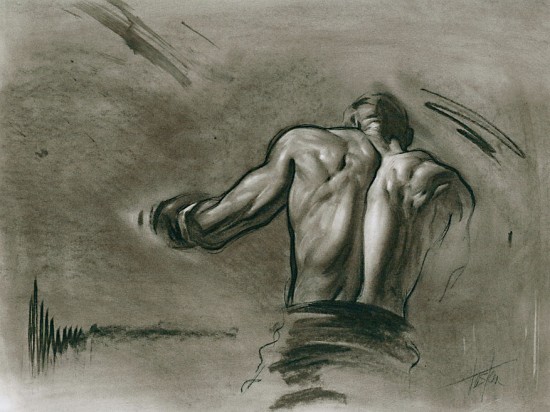 If you’ve never read J.R. Moehringer’s 1997 L.A. Times takeout, “Resurrecting the Champ,” you should make the time. It’s a classic:

I’m sitting in a hotel room in Columbus, Ohio, waiting for a call from a man who doesn’t trust me, hoping he’ll have answers about a man I don’t trust, which may clear the name of a man no one gives a damn about. To distract myself from this uneasy vigil–and from the phone that never rings, and from the icy rain that never stops pelting the window–I light a cigar and open a 40-year-old newspaper. * “Greatest puncher they ever seen,” the paper says in praise of Bob Satterfield, a ferocious fighter of the 1940s and 1950s. “The man of hope–and the man who crushed hope like a cookie in his fist.” Once again, I’m reminded of Satterfield’s sorry luck, which dogged him throughout his life, as I’m dogging him now. * I’ve searched high and low for Satterfield. I’ve searched the sour-smelling homeless shelters of Santa Ana. I’ve searched the ancient and venerable boxing gyms of Chicago. I’ve searched the eerily clear memory of one New York City fighter who touched Satterfield’s push-button chin in 1946 and never forgot the panic on Satterfield’s face as he fell. I’ve searched cemeteries, morgues, churches, museums, slums, jails, courts, libraries, police blotters, scrapbooks, phone books and record books. Now I’m searching this dreary, sleet-bound Midwestern city, where all the streets look like melting Edward Hopper paintings and the sky like a storm-whipped sea. * Maybe it’s fatigue, maybe it’s caffeine, maybe it’s the fog rolling in behind the rain, but I feel as though Satterfield has become my own 180-pound Moby Dick. Like Ahab’s obsession, he casts a harsh light on his pursuer. Stalking him from town to town and decade to decade, I’ve learned almost everything there is to know about him, along with valuable lessons about boxing, courage and the eternal tension between fathers and sons. But I’ve learned more than I bargained for about myself, and for that I owe him a debt. I can’t repay the debt unless the phone rings. 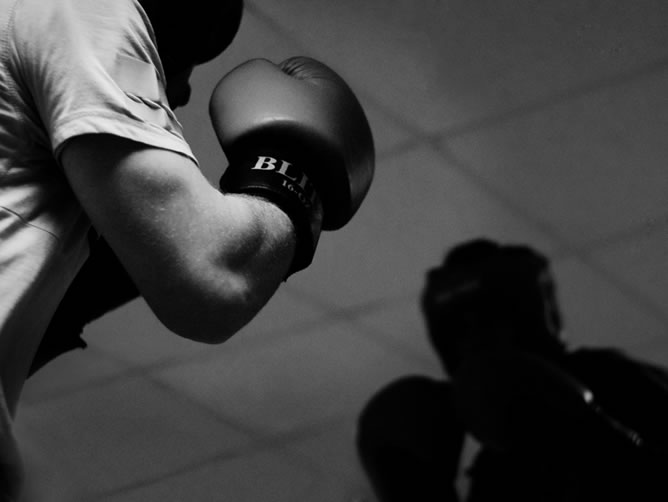