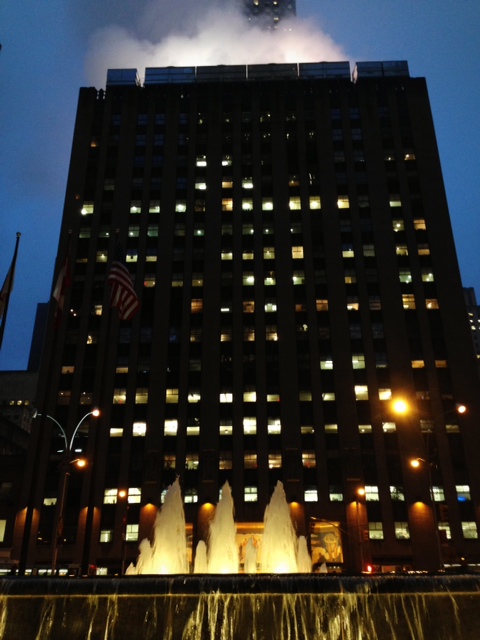 I was standing on the uptown platform of the 7th Avenue line at 42nd street last night with a friend when we heard a young woman’s voice. It was clear and also annoyed. She was climbing up the stairs from the 7 train. “We’ve been in New York for a couple of hours and we’ve already walked five miles.” She was holding a McDonald’s cup and she stomped up the steps, looking ready for a fight.

Not everyone from New York enjoys walking. But it sounded so strange to hear someone bitching about it. I just take it for granted that this is a place for walkers. Then again, when my sister and I were little we complained about having to walk all the way from 103rd Street to 96th to McDonalds. Our babysitter used to make fun of us. But we were four-years-old, so I’ll give us a pass.

Tags:  mcdonalds  walking in the city

i used to love walking. walked all over new york and penn state was enormously expansive and i walked everywhere, even carrying a drum set in my arms and on my back.

i never walk anymore. like never... at my old apt. here in atlanta, i would at least walk around town a bit, even just going to my watering hole. now, nothing. it's a shame...

Back in my Jersey days, I remember, sometimes on a weekend, going into the City and just picking an avenue and walking up or down most of it. Stopping for food and drinks and shopping along the way....and lots of people watching.

Tokyo is a great walking city, but you have to make a conscious effort to walk because the subway and train stops are so plentiful. I love not having or needing a car.