< Sometimes Love Don’t Feel Like it Should      The Filth Show > 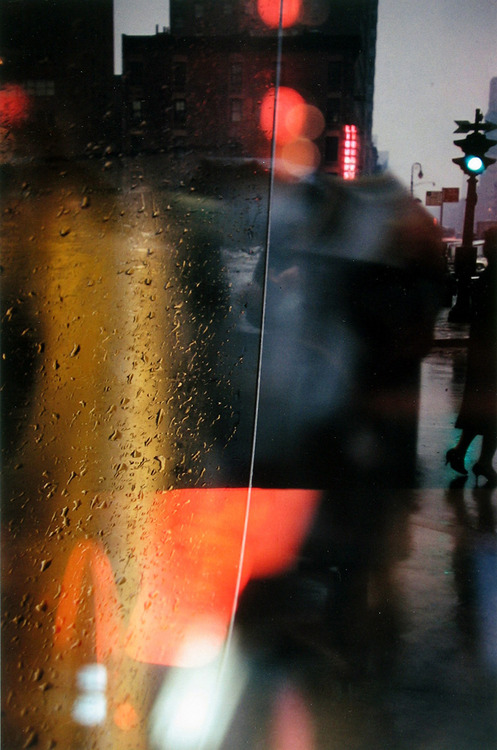 Because I can’t get enough of Saul Leiter:

“There are certain people who like to be in the swing of things, but I think I’ve been out of the loop a lot of the time. When Bonnard died, one critic accused him of not participating in the great adventures of Modernism. And Matisse wrote a letter in which he defended Bonnard, saying that when he saw the Bonnards in the Phillips collection, he told Mr. Phillips, ‘Bonnard was the strongest of us all.’

I’m not like those photographers who went up to the top of the mountain and hung over and took a picture that everyone said was impossible and then went home and printed it and sold 4,000 copies of it and then went on and on with one great achievement after another.

Max Kozloff said to me one day, ‘You’re not really a photographer. You do photography, but you do it for your own purposes – your purposes are not the same as others’. I’m not quite sure what he meant, but I like that. I like the way he put it.”