Here’s our pal Luc Sante on Richard Stark’s Parker. Stark, aka, Donald Westlake, was recently profiled by Michael Weinreb over at Grantland.

Luc’s piece is featured in several of the Parker books recently re-issued by the University of Chicago Press. If you’ve never read the Parker series, you’re in for a treat. 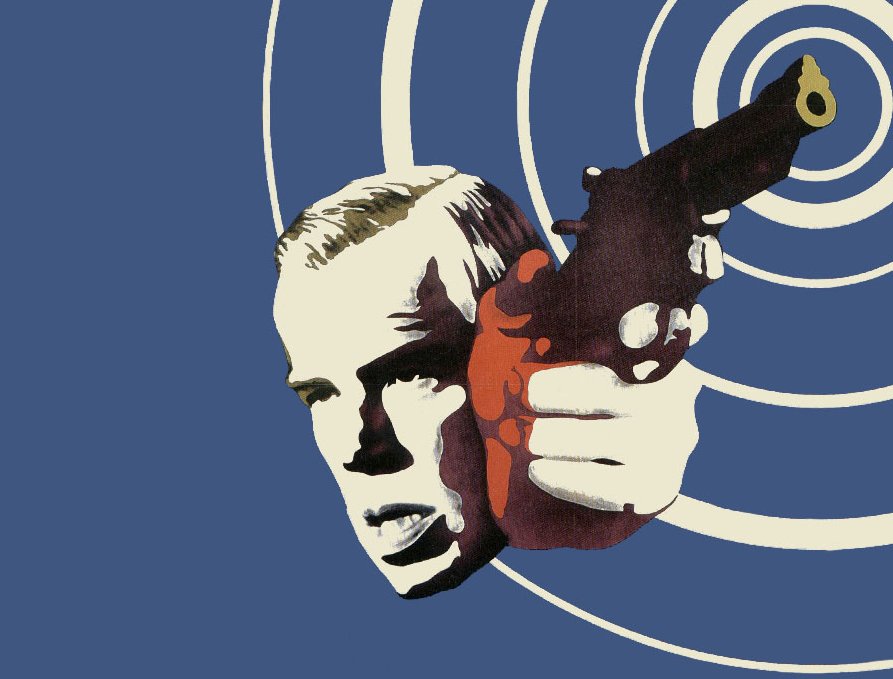 The Parker novels by Richard Stark are a singularly long-lasting literary franchise, established in 1962 and pursued to the present, albeit with a 23-year hiatus in the middle. In other ways, too, they are a unique proposition. When I read my first Parker novel–picked up at random, and in French translation, no less–I was a teenager, and hadn’t read much crime fiction beyond Sherlock Holmes and Agatha Christie. I was stunned by the book, by its power and economy and the fact that it blithely dispensed with moral judgment, and of course I wanted more. Not only did I want more Parker and more Stark, I also imagined that I had stumbled upon a particularly brilliant specimen of a thriving genre. But I was wrong. There is no such genre. 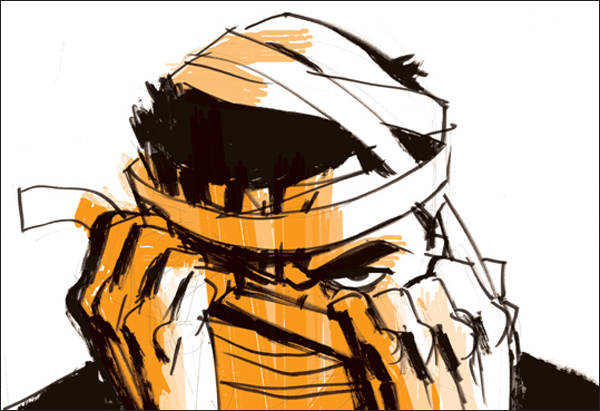 To be sure, there are plenty of tight, harsh crime novels, beginning with Dashiell Hammett’s Red Harvest, and there is a substantial body of books written from the point of view of the criminal, ranging from the tortured cries of Jim Thompson and David Goodis to the mordantly analytical romans durs by Georges Simenon. There are quite a few caper novels, including the comic misadventures Parker’s creator writes under his real name, Donald Westlake, and the works of a whole troop of French writers not well known in this country: José Giovanni, Albert Simonin, San-Antonio. The lean, efficient Giovanni in particular has points in common with Stark (anglophones can best approach him through movie adaptations: Jean-Pierre Melville’s Le deuxième souffle, Claude Sautet’s Classe tous risques), but with the key difference that he is an unabashed romantic. 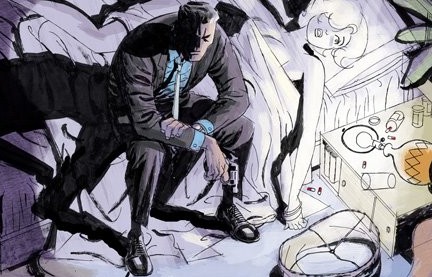 Stark is not a romantic, or at least not within the first six feet down from the surface. Westlake has said that he meant the books to be about “a workman at work,” which they are, and that is why they have so few useful parallels, why they are virtually a genre unto themselves. Process and mechanics and trouble-shooting dominate the books, determine their plots, underlie their aesthetics and their moral structure. A great many of the editions down through the years have prominently featured a blurb from Anthony Boucher: “Nobody tops Stark in his objective portrayal of a world of total amorality.” That is true as far as it goes–it is never suggested in the novels that robbing payrolls or shooting people who present liabilities are anything more than business practices–but Boucher overlooked the fact that Parker maintains his own very lively set of moral prerogatives. Parker abhors waste, sloth, frivolity, inconstancy, double-dealing, and reckless endangerment as much as any Puritan. He hates dishonesty with a passion, although you and he may differ on its terms. He is a craftsman who takes pride in his work. 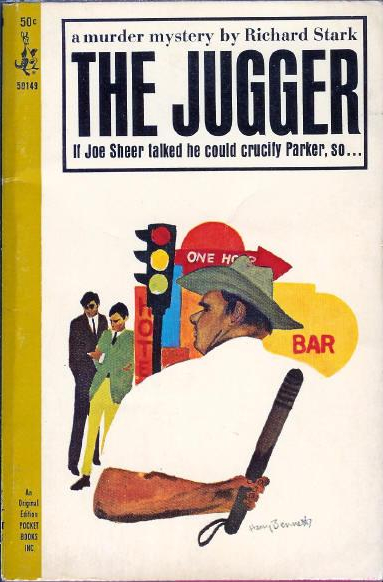 Parker is in fact a bit like the ideal author of a crime-fiction series: solid, dependable, attentive to every nuance and detail. He is annoyed by small talk and gets straight to the point in every instance, using no more than the necessary number of words to achieve his aim. He eschews short cuts, although he can make difficult processes look easy, and he is free of any trace of sentiment, although he knows that while planning and method and structure are crucial, character is even more important. As brilliant as he is as a strategist, he is nothing short of phenomenal at instantly grasping character. This means that he sometimes sounds more like a fictional detective than a crook, but mostly he sounds like a writer. In order to decide which path the double-crosser he is pursuing is most likely to have taken, or which member of the string is most likely to double-cross, or the odds on a reasonable-sounding job that has just been proposed to him by someone with shaky credentials, he has to get all the way into the skin of the party in question. He is an exceptionally intelligent freelancer in a risky profession who takes on difficult jobs hoping for a payoff large enough to hold off the next job for as long as possible. He even has an agent (Joe Sheer succeeded by Handy McKay). Then again he is seen–by other characters as well as readers–as lacking in emotion, let alone sympathy, a thug whose sole motivation is self-interest.

And no wonder: Parker is a big, tough man with cold eyes. “His hands looked like they’d been molded of brown clay by a sculptor who thought big and liked veins”; the sentence appears like a Homeric epithet somewhere in an early chapter of most of the books. He might just possibly pass for a businessman, provided the business is something like used cars or jukeboxes. He doesn’t drink much, doesn’t gamble, doesn’t read, likes to sit in the dark, thinking, or else in front of the television, not watching but employing it as an aid to concentration. Crude and antisocial at the start of the series, he actually evolves considerably over its course. Claire, whom he meets in The Rare Coin Score, seems to have a lot to do with this–by Deadly Edge they actually have a house together. And Alan Grofield, first encountered in The Score and recurring in The Handle, among other titles, twice in the series becomes the recipient of what can only be called acts of kindness from Parker, however much Stark equivocates on this point, insisting that they merely reflect professional ethics or some such. 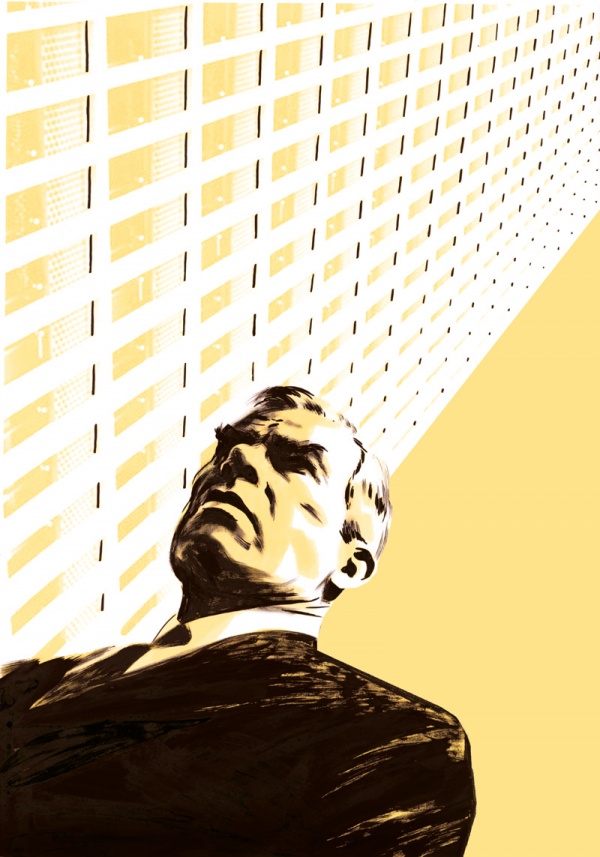 Parker is a sort of super-criminal–not at all like those European master criminals, such as Fantômas and Dr. Mabuse, but a very American freebooter, able to outmaneuver the Mob, the CIA, and whatever other forces come at him. For all that he lives on the other side of the law, he bears a certain resemblance to popular avengers of the 1960s and ‘70s, Dirty Harry or Charles Bronson’s character in Death Wish. He is a bit of a fanatic, and even though we are repeatedly told how sybaritic his off-duty resort-hotel lifestyle is, it remains hard to picture, since he is such an ascetic in the course of the stories. He is so utterly consumed by the requirements of his profession that everything extraneous to it is suppressed when he’s on, and we are not privy to his time off, except for narrow vignettes in which he is glimpsed having sex or, once, swimming. But then, writers are writing even when they’re not writing, aren’t they? 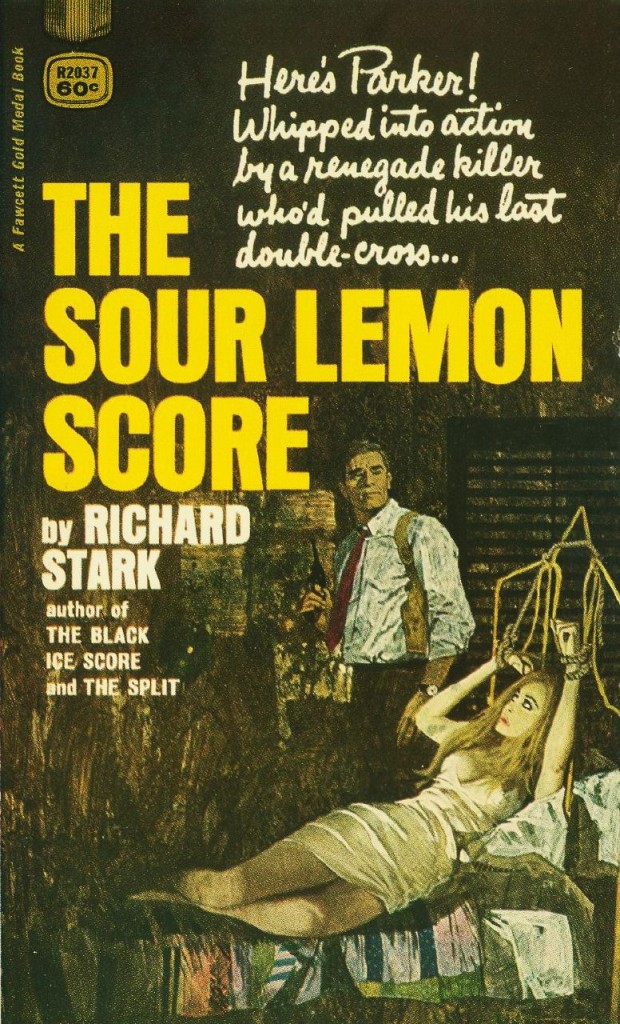 After The Hunter, all the remaining titles concern jobs gone wrong, which seems to account for most of Parker’s jobs, barring the occasional fleeting allusion to smoother operations in the past. The Seventh is, naturally, the seventh book in the series, as well as a reference to the split from the take in a stadium job. The actual operation is successful; the problem is what occurs afterward. It represents the very rare incursion, for the Parker series, of a thriller staple: the crazed gunman. Along with The Rare Coin Score, it is one of Stark’s always very pointed explorations of group dynamics. The Handle, with its private gambling island, ex-Nazi villain, and international intrigue, is (like The Mourner and The Black Ice Score) a nod to the espionage craze of the 1960s, when authors of thrillers could not afford to ignore James Bond. If The Seventh is primarily aftermath, The Handle is largely preamble. In The Rare Coin Score (the first of four such titles, succeeded by Green Eagle, Black Ice, and Sour Lemon) the culprit is an amateur, a coin dealer whose arrested development is so convincingly depicted the reader can virtually hear his voice squeak. Sharp characterizations abound in this one–its plot turns entirely on character flaws of various sizes. 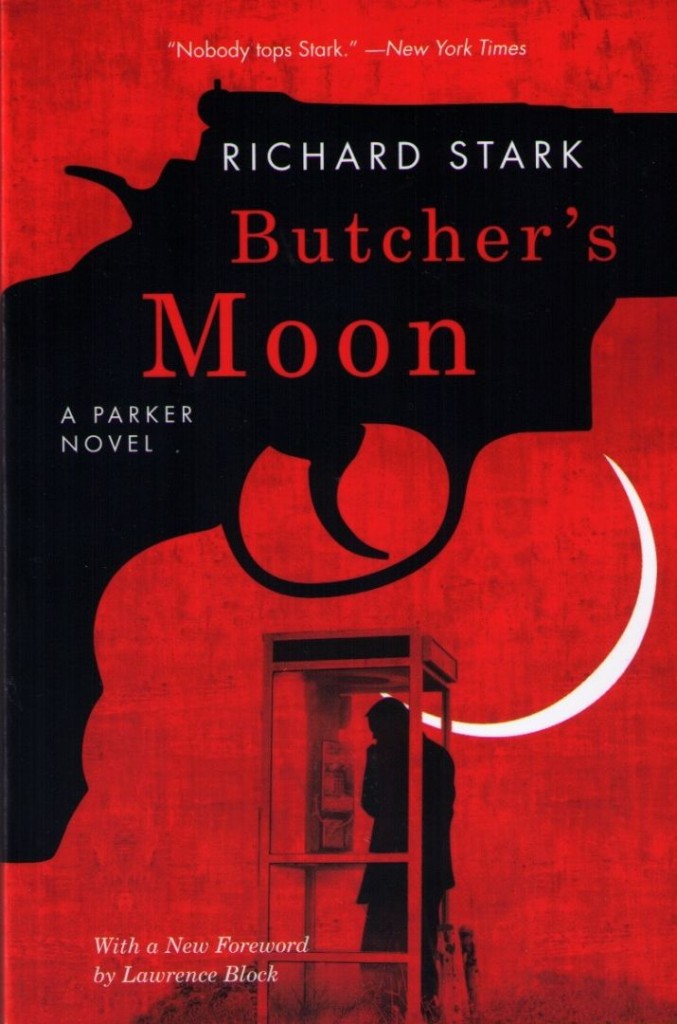 The Parker books are all engines, machines that start up with varying levels of difficulty, then run through a process until they are done, although subject to different sorts of interference. The heists depicted are only part of this process–sometimes they are even peripheral to it. Parker is the mechanic who runs the machine and attempts to keep it oiled and on course. The interference is always caused by personalities–by the greed, incompetence, treachery, duplicity, or insanity of various individuals concerned, although this plays out in a variety of ways, depending on whether it affects the job at beginning, middle, or end, and whether it occurs as a single dramatic action, a domino sequence of contingencies, or a gradually fraying rope. The beauty of the machine is that not only is suspense as effective as it usually is, but its opposite is, too: the satisfaction of inevitability. Some Parker novels are fantastically intricate clockwork mechanisms (The Hunter, The Outfit, the seemingly unstoppable Slayground, the epic Butcher’s Moon), while others hurtle along as successions of breakdowns (the aptly acidic The Sour Lemon Score, the almost sadistically frustrating Plunder Squad). 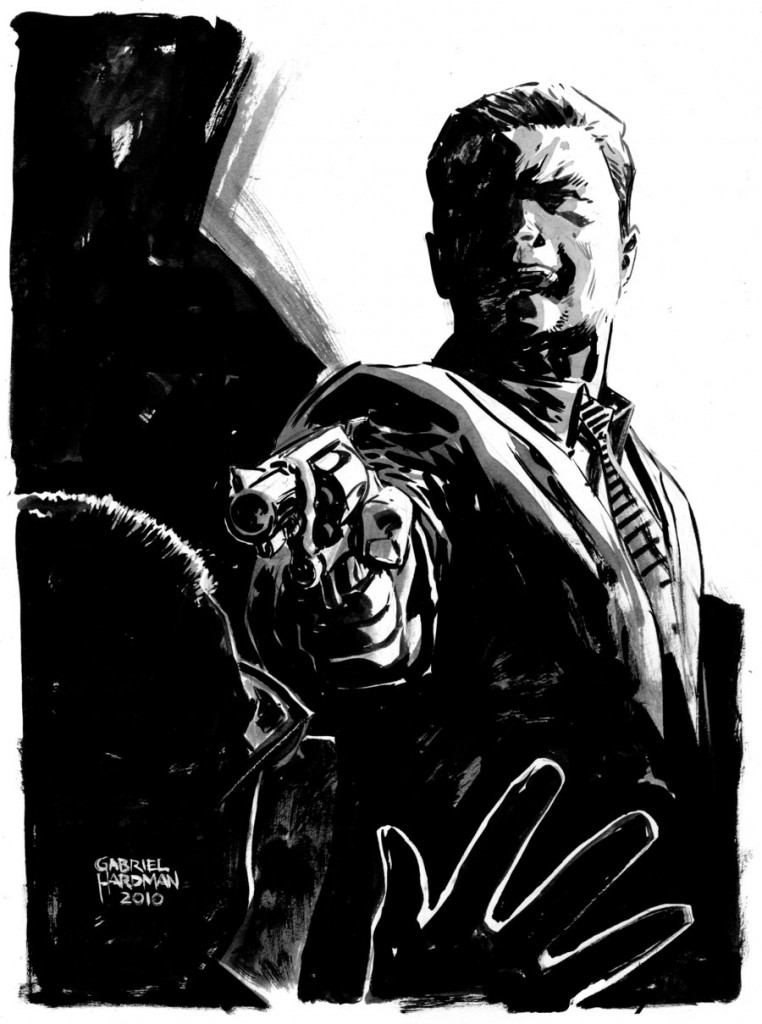 Like all machines but unlike lesser thrillers the novels have numerous moving parts, and the more the better–more people, more subplots, more businesslike detail, more vignetted glimpses of marginal lives. Stark’s momentum is such that the more matter he throws into the hopper the faster the gears turn. The books are machines that all but read themselves. You can consume the entire series and not once have to invest in a bookmark.

Point Blank still works. Never read one of Stark's books, though met Westlake at a murder mystery weekend many years ago. Hard to tell he was whom he was. Just wonderfully down to earth, creative and entertaining. As an aside, at the program which was held in a hotel in the gunks, the lights went out during a storm. Cool.

Amazingly, Alex, I have never read a Stark/Parker novel! I keep meaning too, but damn, so many books...

I also wish they still printed them as mass market paperbacks. I hate trade paperbacks - they don't fit in your goddamn pocket.

Matt, I'm so with you on the mass market paperback thing. I suppose it's just not a consideration in the age of tablets, though they stopped making a ton of them before that. I can't figure it.

Anyhow, I've read the first four of the Parker books and they are terrific. All weigh in at around 213 pages. Terse, unadorned prose, but not in affected way. And the beauty of it is that Parker is a true professional and that's really what the books are about--pro's at work. They are right up your alley. So far, the first one--which they based "Point Blank" on--is the most vicious. But they aren't one note.

I've also had them on my "wish list" forever at Amazon. Just decided to order the first one (available in regular paperback, used).
By the way, was Lee Marvin fabulous?

4) Yes, he was. Also, don't let the fist one fool you. I thought after reading it that the series might be one-note--Parker as a revenge machine. But starting in the second book, the tone is different. Again, it's about professionals at work.