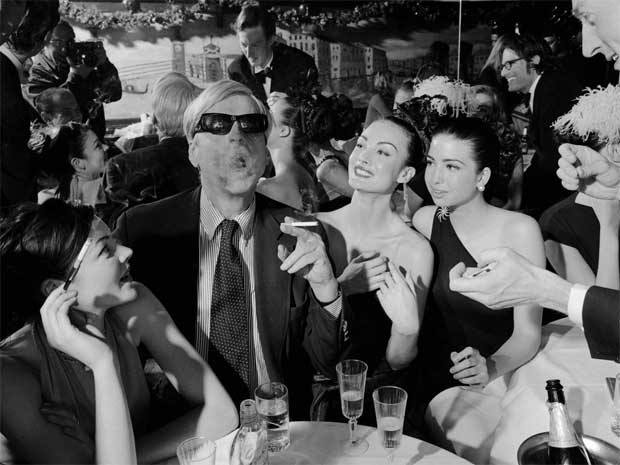 Last spring Tyler Plimpton wrote this piece about his father in The New Yorker:

My father’s voice was like one of those supposedly extinct deep-sea creatures that wash up on the shores of Argentina every now and then. It came from a different era, shouldn’t have still existed, but nevertheless, there it was—old New England, old New York, tinged with a hint of King’s College King’s English. You heard it and it could only be him.

So it was that George Plimpton’s accent could not be imitated. On “Saturday Night Live,” even the great impersonator Dana Carvey couldn’t get it quite right. Alan Alda, portraying my dad in the movie version of “Paper Lion” (his book on playing quarterback for the Detroit Lions), didn’t bother with his voice at all. He got the personality totally wrong, too. Alda’s version was always angry or consternated, like a character in a Woody Allen film, while my dad, though he certainly faced hurdles as an amateur in the world of the professional, bore his humiliations with a comic lightness and charm—much of which emanated from that befuddled, self-deprecating professor’s voice.