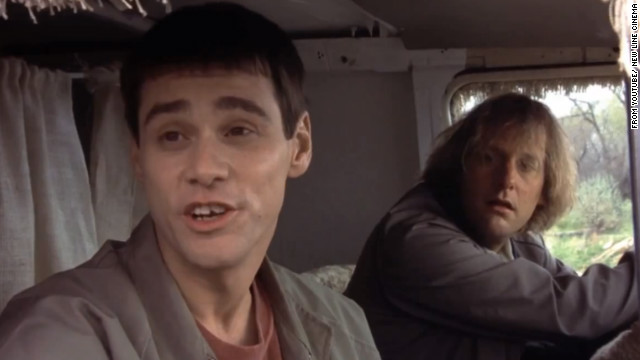 That’d be Tom Seaver and Pat Jordan. Head on over to Sports on Earth and check out Jordan’s nice, long profile on Seaver:

We walked between the rows of vines, up and down the steep terraces in the hot sun. Tom’s three Labrador Retrievers romped around us. Big, playful, doofus dogs with their tongues hanging out. He told me their names. “Major, Bandy, Bricks.” I said, “Bricks, like in chimney bricks?” He said, “No, Brix.” I said, “Bricks?” He said, “No, Brix.” I said, “Who’s on first?” He didn’t get it, so I said, “Spell it.” He spelled, “B-R-I-X. It’s French for the sugar content in grapes.”

“Ly,” he said. “Precise-ly. You’re supposed to be the fucking writer, and you don’t know your grammar.”

“Thank you very much. You know I got a journalism degree from USC.” Irony of ironies! Tom Seaver, trying to impress me.

I said, “Yeah, and I had a better fastball than you.”

But he went on. “I was always like that about pitching. I had to be precise. I couldn’t just mail it in!” Then he began to explain more about his vines, about the cordon and proper height for each vine. I tuned him out and ate my grapes, the juices running down my sweatshirt. He looked at me, annoyed, and said, “Pay attention. I’m gonna give you a fucking lesson.”

“I don’t want a fucking lesson.”

“That doesn’t matter. I’m giving you one. Now, if the secondary fruit grows too high, you have to snip it off or else they’ll take energy from the vines.”

I feigned interest. “How high?”

“I don’t know. It’s just a standard height. Stop asking questions and just listen. This is important, for Chrissakes. If you didn’t talk so much you might learn something. If the vines are too high, you have to trim them.” He reached up with his snips and trimmed a vine.

“Oh, I see. The height of each vine is a template for the row. Your job is to go down the row trimming the tops, to make them conform to the template. I can see how the monotony of this appeals to your precise, fucking methodical nature. It’s therapy for you.”

“Bullshit. You think too much. You always did.”

“I had a better fastball than you.”

“Abso-fucking-lutely! I tell everybody that!”

I asked him if he’d still have his vineyards if he hadn’t missed out on today’s big baseball paydays. Tom made more than a million dollars a year only twice in his career. If he were pitching in his prime today, he’d be making $30 million a year.

“I started to lose interest,” he said. “I wanted to go home. I couldn’t do it anymore. I never was pissed I missed the big paydays. Be careful what you wish for, you might get it. If I’d made that $30 million a year, maybe I’d just have bought that huge, finished vineyard and let others do it all. I’d have missed out on the pleasure of being in the vineyards every day. My pleasure has always been in the work, not the ego.”

Welp, sure hard not to love Seaver after reading that.

Yeah, those guys are funny. Seaver is interesting.