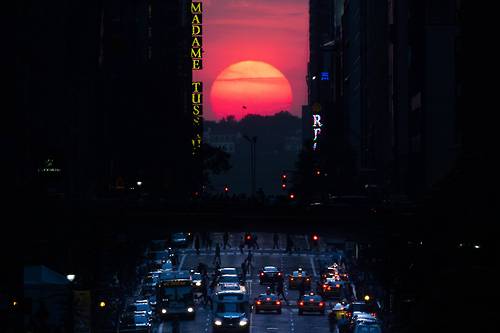 F what you heard:

At Lohud:
"Eduardo Nunez is back. He’s starting at DH and batting eighth for the Twins."

Took me a couple of seconds for the "Twins" part to sink in. Almost had a heart attack.

But he'll throw away a routine grounder in the ninth and we'll win.

Excellent! The Twins are great at that watching the ball fall to the grass thing.

They're also great at not turning the double play.

Eduardo Scissorhands is the DH, so I guess my prediction that he will throw the ball away in the ninth is not looking too good.

Really? I'm just shocked that Michael has no idea how to solve a Rubik's Cube.

[6] There's always the possibility he could shatter his bat on the backswing after striking out on a passed ball, and then getting called out on batter's interference. Is Laz Diaz or C.B. Bucknor the home plate ump tonight?

McCan't.
Twice with two out and two on.

The class is a little on edge tonight.
Still Willin' yanked that one .

plouffe, there it goes.

Phil Hughes is back.

That umpire is dying to rub where that ball hit him, he won't do it

Trevor Plouff probably had to overcompensate his whole life. Nice of his parents to doubly stigmatize him .

Kay says Nuno bounces back...those two flys by Mauer and Willingham were just missed by less than a millimeter.

that's (at least) the second time jeter's done that this season.

phish is playing here august 3rd (i think that's the date). my childhood best friend is coming into town for the show. he has a ticket for me and i'll prolly go with him, if i can...

How about some rund

Have no idea how this tour will be, but they've been getting better each year since they've come back, I bet it will be a quality show.

Motherfucker. The kid it it too hard.

Ugh, Arcia is KILLING us with his arm.

Was Roberts touched? Did he ever touch home plate?

[42] Heh, I've been thinking about that album a lot recently ... Caught in a Mosh, specifically ... STOMP, STOMP, STOMP, The Idiot Convention!

btw, they're still killin' it.

[51] Holy Smokes. I was way off. December of 95. My roommates and I drove to Cleveland from Pittsburgh. It was my Junior year.

Ha. The Red Sox are on their 4th manager tonight. I haven's seen that before.

Scooter is giving his patented spiel on bunting.

[58] Thanks. Always loved listening to him.

Was listening to john and Suzyn at beginning of game while on my way to a granddaughter dance recital at Croton HS auditorium (she's 5). Anyway, they spent 5 minutes explaining how bad Nolasco has been this year, with details about lower speed, etc., etc.

When I leave the recital, Nolasco has allowed one run in 6 innings! Another insightful commentary by the radio crew!

And now scissorhands. Night all.

Since when is Kurt Suzuki a pull hitter? Teixeira looked like he was playing 2nd base instead of 1st base

Well, there's the cherry on top of the shit sundae.

[58] Thanks. Loved the dude, but you are supposed to keep your thumb (and fingers behind the barrel of the bat to avoid breaking them. I wouldn't want anyone teaching my Yanks that method.

BTW, I met Scooter once at the Meadowlands Racetrack (do they still call it that?) My Dad was director of marketing and he hooked up Phil to sponsor one race of the day (it would named after him, and he would present the trophy). So I was sent over to his table at Pegasus (the 5-star restaurant on top) to say hi and get his autograph. Super nice guys, so sweet, just as you would imagine. He was with Cora.

As an aside, my Dad asked Pete Rose to do the same thing. And he flatly and rudely refused. It went something, like "We would be most honored if....blah, blah., and Pete's like 'ABSOLUTELY NOT! Get out of my face.'

I suppose he was worried about being associated with gambling (for good reason, as we now know), But I have heard a lot of Asshole Rose stories from my advertising and media friends.