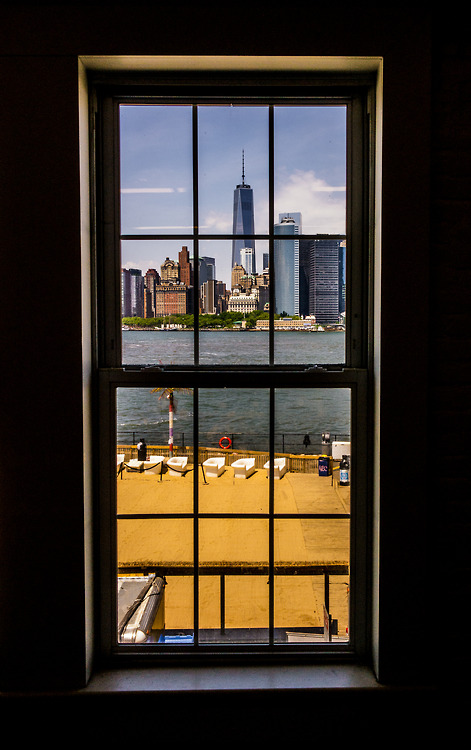 Emily and I were at the Yankee game last on Friday night. On the subway ride up to the Stadium we saw a middle-aged man wearing a Lawrie jersey. Brett Lawrie,  who looks more like a jacked-up MMA fighter than a ballplayer.  I couldn’t resist, so I went up to the guy and said, “Why Lawrie?”

Cool. Made sense to me. We saw a lot of Lawrie jerseys that night. After the game we rode on the subway for a few stops with a Canadian couple. They were charming. Em and I were reminded of all the things we haven’t done in our city, like visit Ellis Island. I’ve been to top of the Empire State Building but not in 30 years. Haven’t been to the Statue of Liberty since I was a kid either.

Still so much to see here, right?

Lived around the corner from Elaine's for 4+ years, never went in. Now it's gone.

Lived around the other corner from the 92nd St. Y for the same period -- it was my polling place -- but never went to the lectures etc. Now I'm gone.

People here ask me "what y'all used ta do in The Big City?" and I say, "uh, laundry and groceries, mostly." Hyperbole for humor's sake, but closer to true than it ought to be.

So true. Although in the case of Elaine's, you didn't miss anything. But I agree with the sentiment. There are so many famous New York City spots I've never been to either.

Yeah, got a strong impression pretty quickly that Elaine's was coasting on old rep.

The thing we were curious about (but apparently not enough) was that reportedly, James Lipton took each Inside the Actors Studio guest there after the taping, like clockwork. We didn't generally go in for celebrity-trolling, but if there were a parade of movie stars coming through the hood, it might have been cool to check it out.